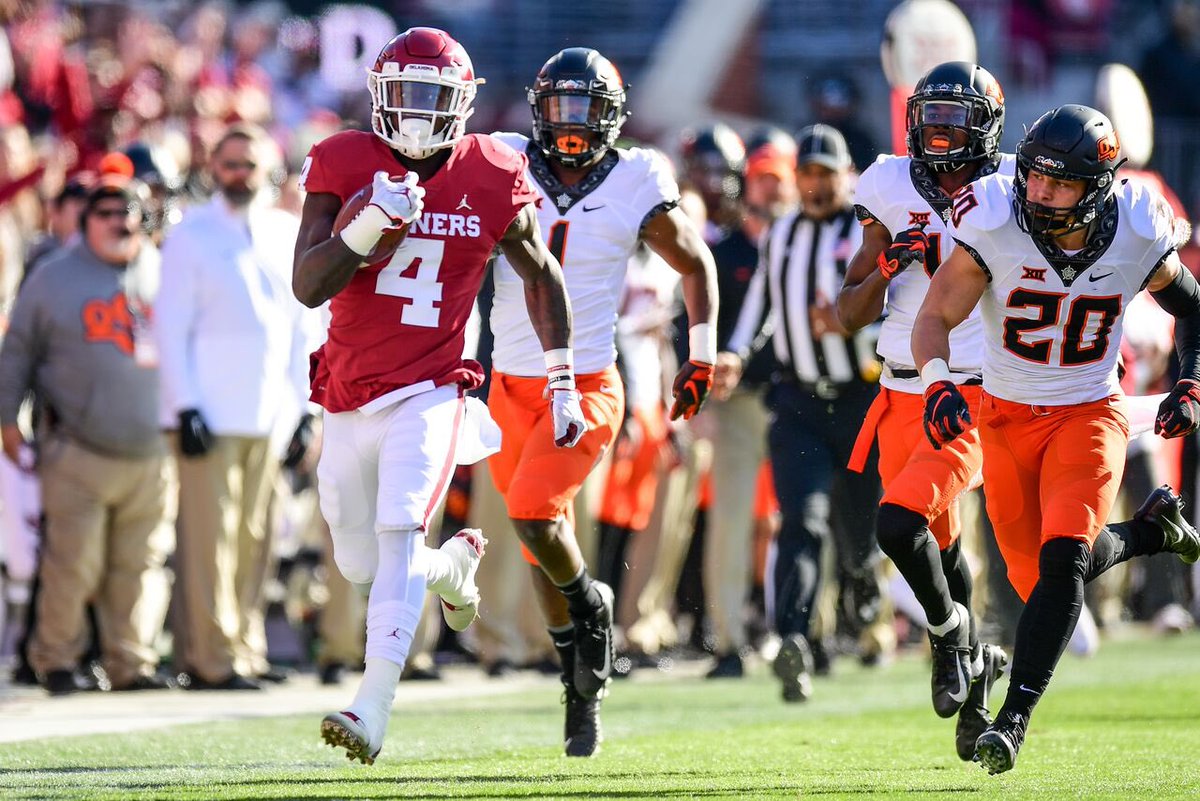 Trey Sermon, the highly touted Oklahoma transfer running back, was officially named a member of the 2020 Buckeyes and will be eligible this fall as a grad transfer.

Sermon responded to the welcoming tweet from Ohio State with a simple and to-the-point message, “Let’s work!!”

Sermon committed to the Buckeyes on March 22; click here for our in-depth scouting report on the talented tailback who transferred from Oklahoma.

His standout season came as a sophomore when he rushed for 947 yards and 13 touchdowns, while adding 12 receptions for 181 yards to earn honorable mention All-Big 12 in 2018.

Sermon ranked second in the Big 12 in rushing scores and sixth in rushing yards, and the power back’s season was highlighted by a 206-yard performance in a 51-46 victory against Texas Tech.

Prior to Sermon’s standout sophomore campaign, he was a key contributor for the 2017 Sooners, which won a 31-16 contest in Ohio Stadium. The Marietta, Ga., native scored his first collegiate touchdown in the Horseshoe on a 10-yard pass from Baker Mayfield.

As the Big 12 Offensive Freshman of the Year, Sermon ranked second on the Sooners in rushing yards with 744 and rushing touchdowns with five.

Although his junior season was cut short by injury, Sermon was effective when he played. He finished the season with a 7.1 yards-per-carry average.

Throughout his three-year tenure as a Sooner, Sermon averaged 6.1 yards per carry and caught 36 passes with an average of 10.9 yards per reception.

Also dedicated in the classroom, Sermon is an Academic All-Big 12 recipient and will earn his degree in human relations from Oklahoma.

“I think he’ll excel,” George Stoia, enterprise editor for the OU Daily who covered the Sooners for three seasons, told Wyatt Crosher of Buckeye Sports Bulletin. “Buckeye fans are really going to fall in love with him because he just plays. He doesn’t complain a whole lot about things and he just goes out there and lays it all on the field.”