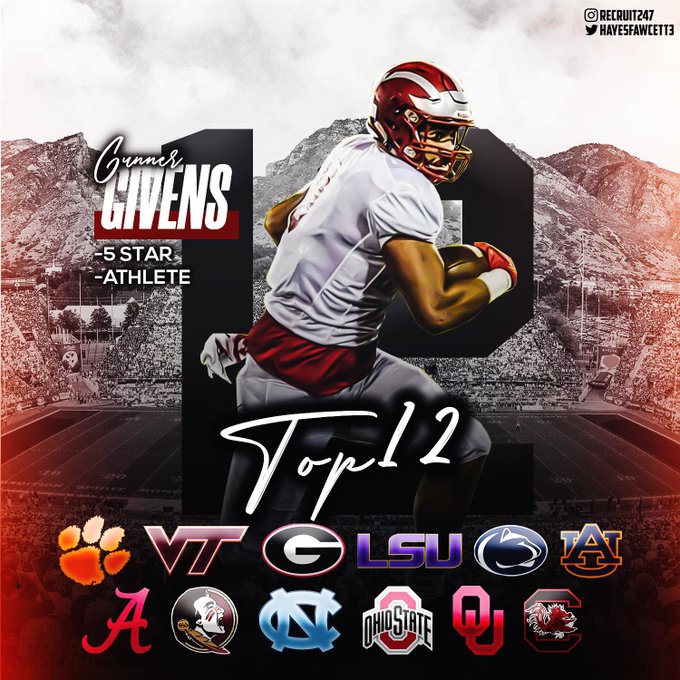 The Buckeyes are once again in the mix for the top offensive tackle in the nation.

The Buckeyes locked up the No. 1 offensive tackle in the country in both the 2018 and 2020 classes in Nicholas Petit-Frere and Paris Johnson Jr., respectively. If head coach Ryan Day and offensive line coach Greg Studrawa can secure a commitment from Givens, Ohio State would have the top tackle from every other class from 2018-22.

In 2021, Ohio State holds commitments from Belaire (Texas) Episcopal five-star guard Donovan Jackson and Richfield (Ohio) Revere four-star guard Ben Christman., who are the No. 1 and No. 7 guards in the nation, respectively.