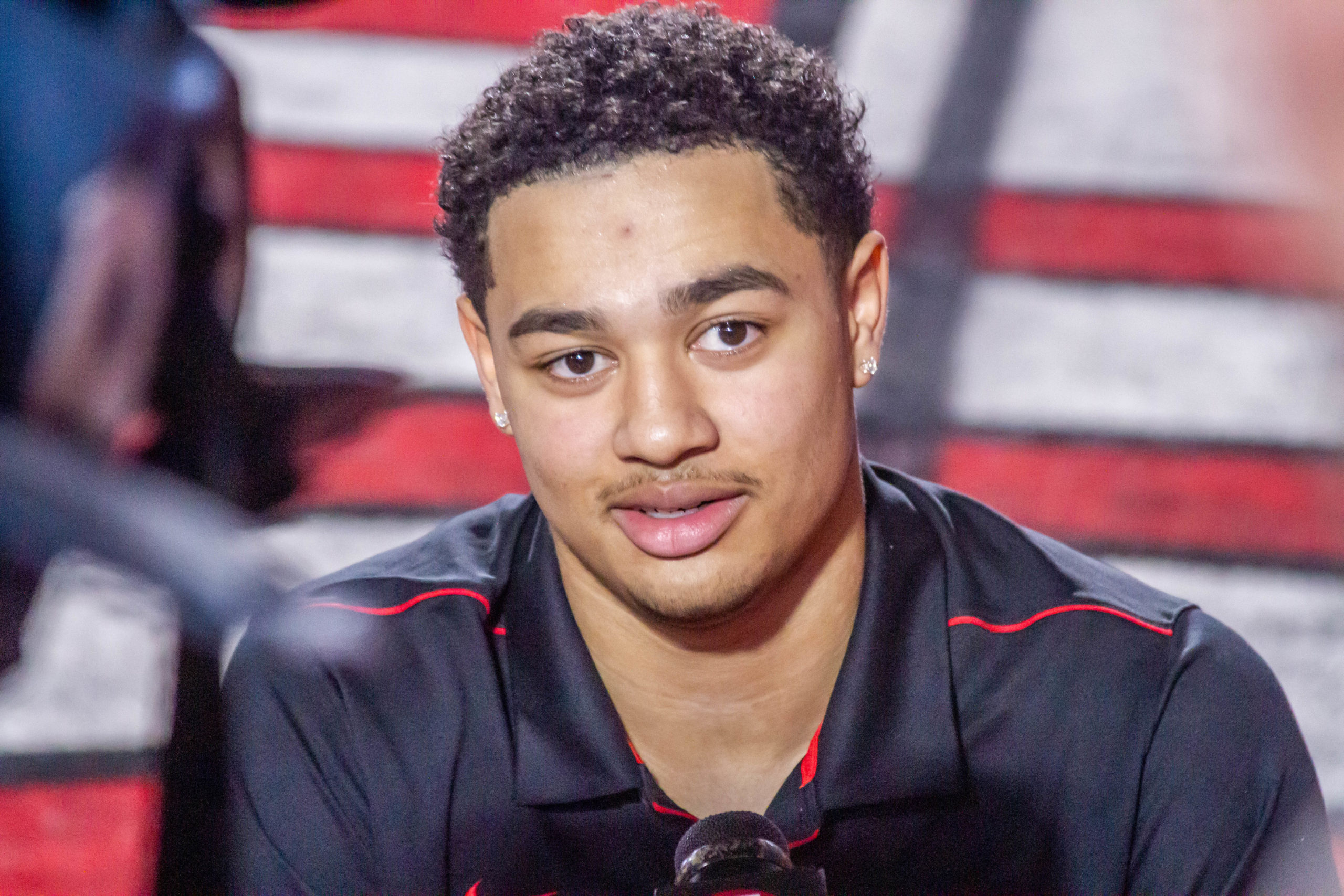 “I appreciate everybody. I appreciate the best corps in the nation, Zone 6, man,” Smith-Njigba said. “Happy to be out here, blessing. Go Bucks!”

A former five-star prospect from Rockwall, Texas, Smith-Njigba racked up 5,346 receiving yards and 82 touchdowns in 44 games at the high school level. He enrolled in classes in January and was able to participate in two spring practices before the pandemic that on hold.

A playmaker and great example on and off the field for years to come. Well-deserved, Deuce ✌️! @kourt22williams#GoBuckeyes pic.twitter.com/TdgJj5GsqD

“A young guy who I think has a chance to be a really, really good player,” Day said. “His approach has been excellent. He’s versatile, he can do a lot of things. So that’s someone to keep an eye on.”