My Thoughts: Ohio State Ran Into An NFL Team In The CFP Final 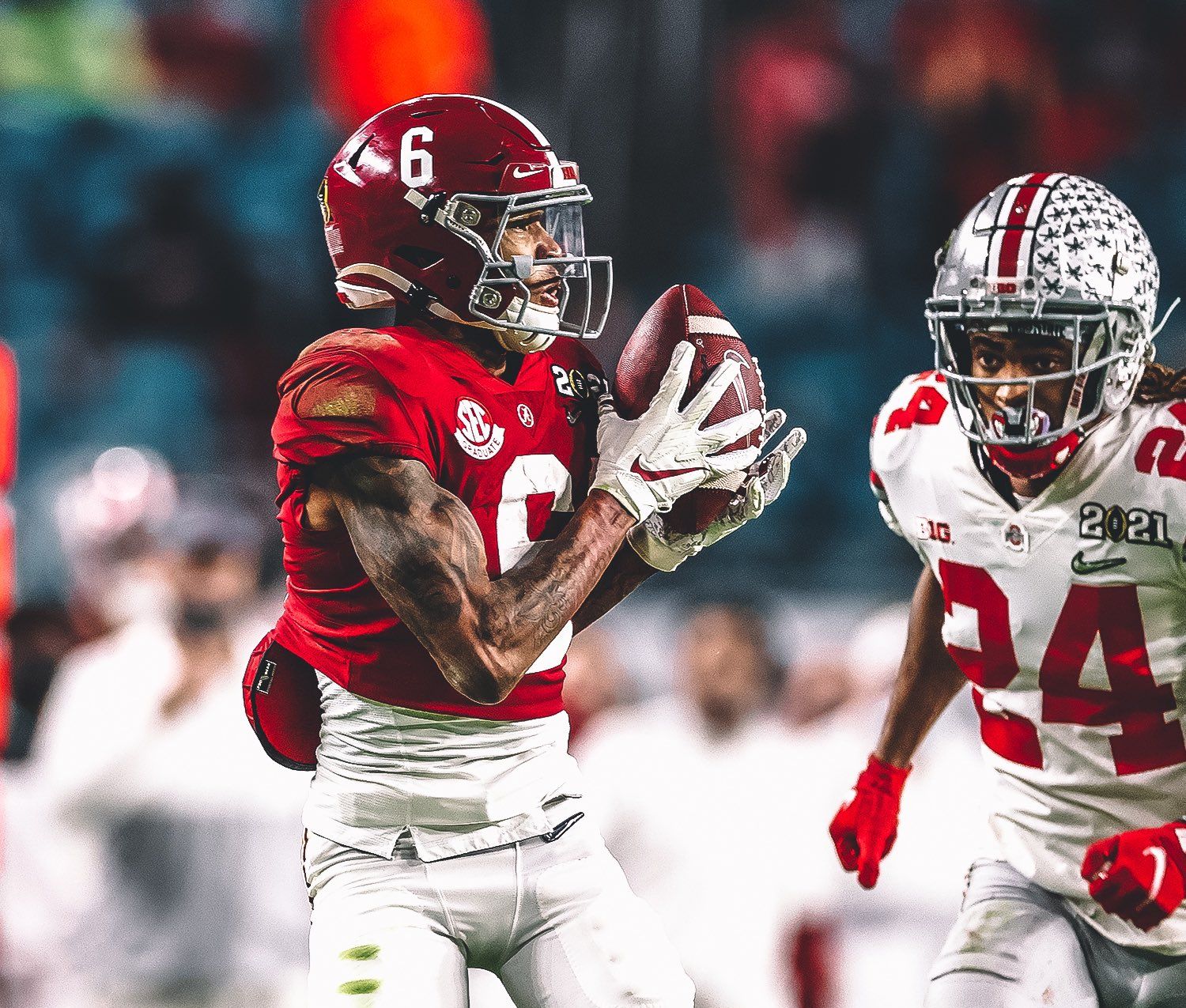 In a typical year, the 2020 Ohio State team might have had enough to become national champions. I mean, did you see what they did to Clemson and the star-studded duo of Trevor Lawrence and Travis Etienne?

But what Ohio State ran into in the national championship game was far from typical. And I am not referring to the multiple starters it lost due to COVID-19 testing.

Ryan Day’s Buckeyes ran into a professional football program playing among the collegiate ranks. Not only were the 2020 Crimson Tide a physical and talented team, but they also carried themselves like professionals.

Ohio State is a mature team with great talent too, but a few Alabama players who chose to return for a final season made a world of a difference in the national title game. Wide receiver DeVonta Smith, tailback Najee Harris, and offensive tackle Alex Leatherwood could have easily been standout rookies in the NFL this year, but they returned to Tuscaloosa to win a championship with their teammates.

If you watched only a glimpse of Alabama’s high-octane offense this season, then you are likely well-aware of that trio. Leatherwood paved the way to help Harris finish fifth in Heisman Trophy voting, and Smith won the honor as the first wideout to do so since 1991. How did Smith celebrate being named the top player in all of college football with the national championship game against Ohio State looming?

“I went home and went straight to sleep,” Smith said.

That mentality from the soft-spoken Smith is exactly what made the 2020 group a special one when comparing it to the other great teams in the history of college football. And I think it’s safe to say that Smith’s decision to sleep instead of celebrating paid off after he torched the Buckeyes for a national championship-record 215 receiving yards and three touchdowns on 12 receptions in the first half of the Tide’s 52-24 victory.

Ohio State had no answer for Smith before a dislocated finger ended his game early in the third quarter. Additionally, Harris dominated the Buckeyes, totaling 158 yards from scrimmage and three touchdowns of his own.

If you are keeping track, that’s 373 yards from scrimmage and six touchdowns from two players who could have been tormenting NFL defenses instead this year (and Smith did all his work in one half).

The Scarlet and Gray should not hang their heads following what became an embarrassing loss, because the Crimson Tide were destined for glory when those standouts decided to return with one goal in mind.

The Buckeyes had an excellent team with hardworking, talented players as well, but this year they were just an obstacle for the inevitable.