My Thoughts: Ohio State Isn’t Yet The Best, But We Already Knew That 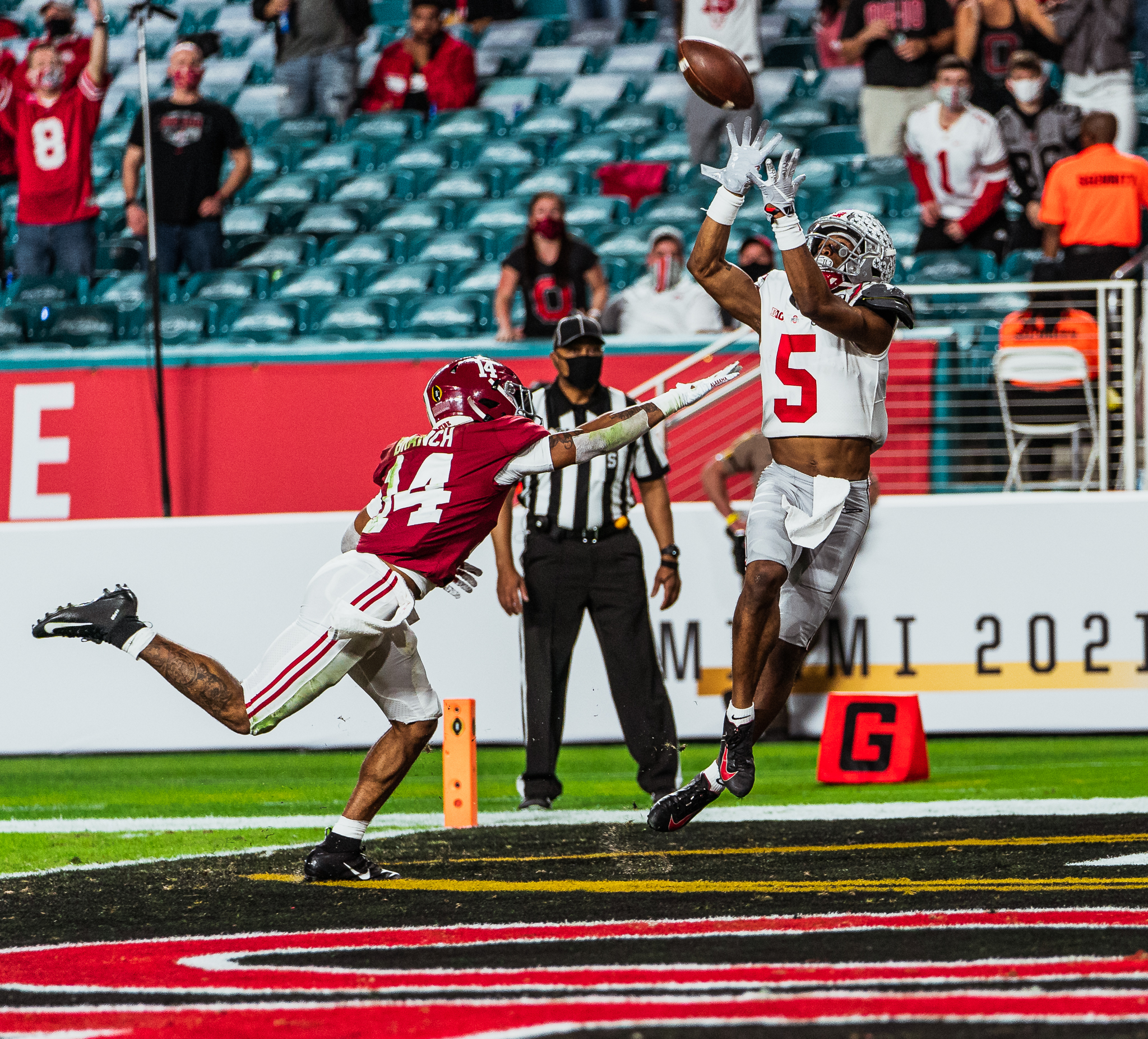 To boil this Ohio State season – or this college football season at large – down into one sentence, one paragraph or even one article is a fruitless and impossible task. In a year so completely defined and encompassed by the coronavirus pandemic, college football was no different, despite its best efforts to pretend otherwise. This was as far from a normal season as we’ll ever see (hopefully) and often, the pandemic that the sport so effusively tried to barrel its way through dictated the action on the field more than anything else around college football.

To call this season a farce, a sham or a joke isn’t fair to the players or coaches involved who jumped through endless hoops to make it happen. To call it a college football season, however, feels like almost as much a mockery. Because of that, it’s going to be difficult to place the legacy or lasting impact of the season when looking back at it moving forward, especially because it’s already difficult to do so now. To pull any larger information or context from a season filled with game cancellations and massive hits to availability reports around the nation is a fool’s errand at best.

So I’ll refrain from doing that here, even in response to a 52-24 loss to Alabama that probably merits a decent amount of self-reflection within the Ohio State program. This is the kind of game that Ohio State expects to win. The Buckeyes have designed their program around being able to win this game. To lose in blowout fashion certainly brings into question Ohio State’s standing as a national contender.

However, I don’t think that any of this is new information. This has been the story at Ohio State for six years running now, and while a win over Alabama could have brought about a new narrative and new information, a loss to the Crimson Tide without arguably the best player on either side of the Buckeye starting lineup (halfback Trey Sermon and defensive tackle Tommy Togiai) doesn’t really change how I view this program in the long run. Ohio State was against Alabama as it has been since the first snap of the 2015 season: at least one step away from the best program in America.

That isn’t to say that Ohio State isn’t supremely talented. Both the annual recruiting rankings and recent dominance of the Big Ten show that the Buckeyes are firmly entrenched at the top of the sport when it comes to sheer talent and likely sit behind only Alabama in that metric. Ohio State should, in theory, be able to compete with and beat Alabama.

That the Buckeyes are still a step behind is much more a reflection of everything else around the program than it is a reflection of the talent. Again, this is not new information. Ohio State struggled with coaching for the entire Urban Meyer era post-title, often looking underprepared or underdeveloped against teams of equal talent, like Clemson in 2016 or Oklahoma in 2017, or even teams of significantly lesser talent.

The 2019 season served as a brief reprieve, with the perfect combination of top-notch talent and a strong coaching staff, but the departure of much of that top talent and the most important coach on that staff, defensive coordinator Jeff Hafley, placed Ohio State firmly in the danger zone once again entering the 2020 season. Ryan Day had the opportunity to establish his eye for talent as consistent and excellent as he looked to replace Hafley and co-offensive coordinator Mike Yurcich. He returned with a first-time defensive coordinator – known in his first stint in Columbus as an energetic recruiter rather than an elite coach – and Meyer’s son-in-law.

Just like that, the Buckeyes are right back where they were. Elite talent, elite recruiting, and a coaching staff that looks increasingly lost when faced with the kind of top challenges that a national title-contending program is going to have to face if it ever wants to win a national title. Perhaps a true offseason and – fingers crossed – a much closer to standard 2021 campaign will iron out some of those issues. Perhaps Kerry Coombs just needs time to become more comfortable with his new role. However, if the 2020 season told us anything about Ohio State football as it’s currently constructed, it may just be that the 2019 team was Day’s best shot and that the “New Day” Buckeyes are much closer to their Meyer-led predecessors than they are to Nick Saban’s Crimson Tide.