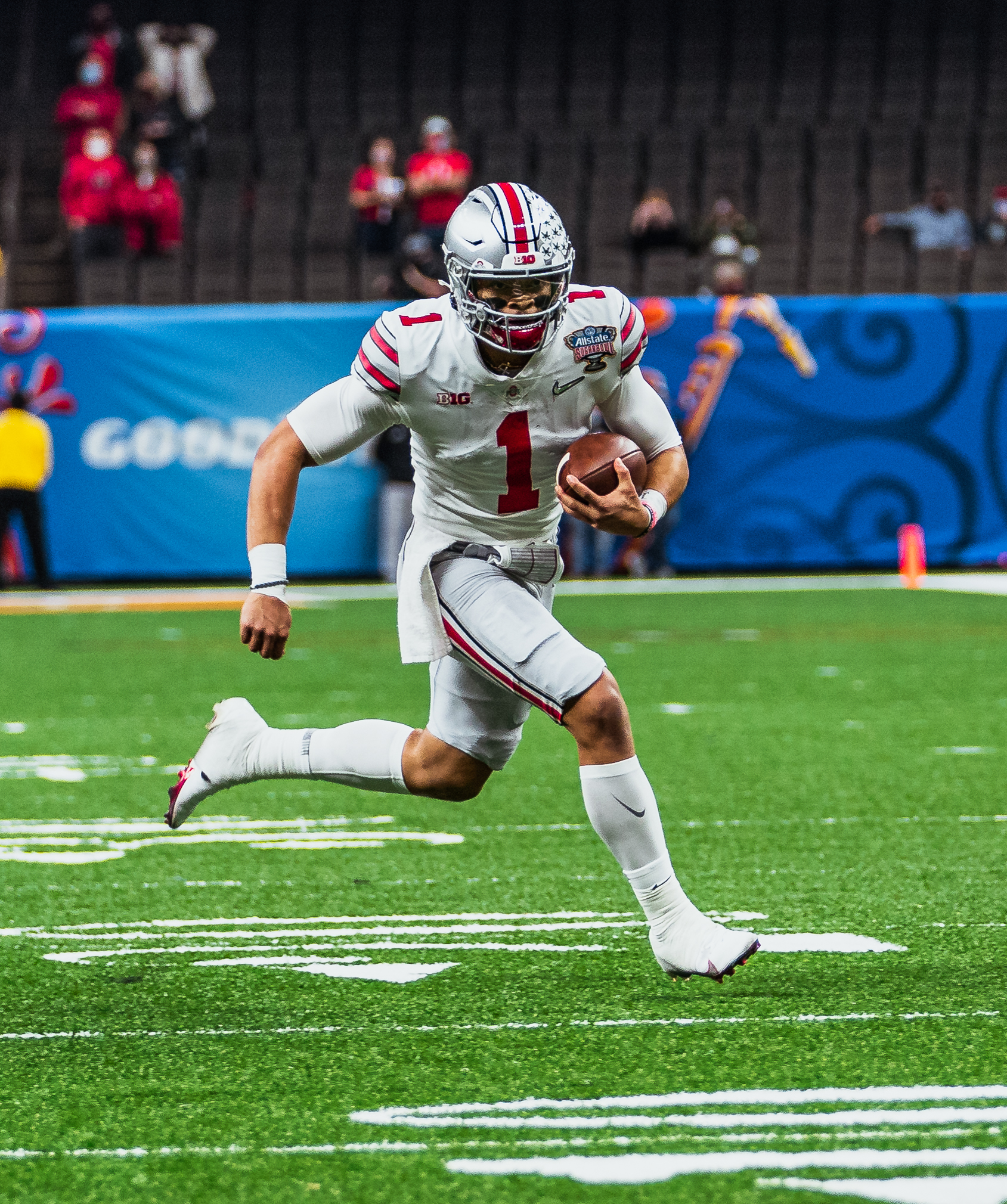 What can I say about Justin Fields?

The standout quarterback could have easily opted out of the COVID-plagued 2020 season and likely still heard his name in the first round of the NFL draft.

Instead, he came back, worked his tail off and led Ohio State to the national championship game. After taking one of the hardest hits in recent memory to his exposed ribs, Fields displayed incredible toughness by not only staying in the game but thriving through the pain in a record-setting performance.

Fields’ praises will be sung for decades, and tailback Trey Sermon will be remembered for his dominant 254-yard outing as well. What may not receive its due credit is just how well the Buckeye offensive line played, opening up big lanes for Sermon and giving Fields ample time to pick apart the Tiger secondary on his way to six touchdown passes. Matthew Jones filled in admirably at left guard for typical starter Harry Miller, who was out due to COVID.

The way the Scarlet and Gray responded to turmoil stood out as well, particularly in the first quarter when Clemson came out hot. After Trevor Lawrence led the Tigers right down the field for an opening-drive touchdown, the Buckeyes’ floundered in their attempt to counter in three-and-out fashion.

Just five minutes into the game, Ohio State trailed 7-0 and had given the ball back to Clemson’s Lawrence-led, high-octane offense. The Buckeyes’ ability to force a three-and-out and then score on just three plays on the ensuing drive altered the course of the entire game.

Clemson corralled the lead again with an impressive 75-yard drive ending in a Travis Etienne touchdown, but Ohio State answered with a 75-yard touchdown drive of its own, capped by a Luke Farrell touchdown on a gutsy third-and-goal throw by Fields. Then, the Silver Bullet defense secured its biggest stop of the season, seizing the game’s momentum by forcing another three-and-out. That stop sparked three straight Buckeye touchdown drives in the second quarter, and the 7.5-point underdogs did not look back.

Justin Hilliard built upon his reputation for elevating his game in the biggest moments, making plays from sideline to sideline for the Ohio State defense. His speed and sound tackling were essential in a matchup with Clemson’s shifty playmakers.

Last but not least, Jonathon Cooper and Tyreke Smith arrived right on time at defensive end. Without Zach Harrison and Tyler Friday, those two shouldered more reps and responded with a clutch showing where they had the dynamic Lawrence on his heels.

The Buckeyes beat the Tigers with a full team effort to propel them into the upcoming national championship showdown with Alabama, but it was only possible because their quarterback returned with revenge on his mind and a national title in his sights.