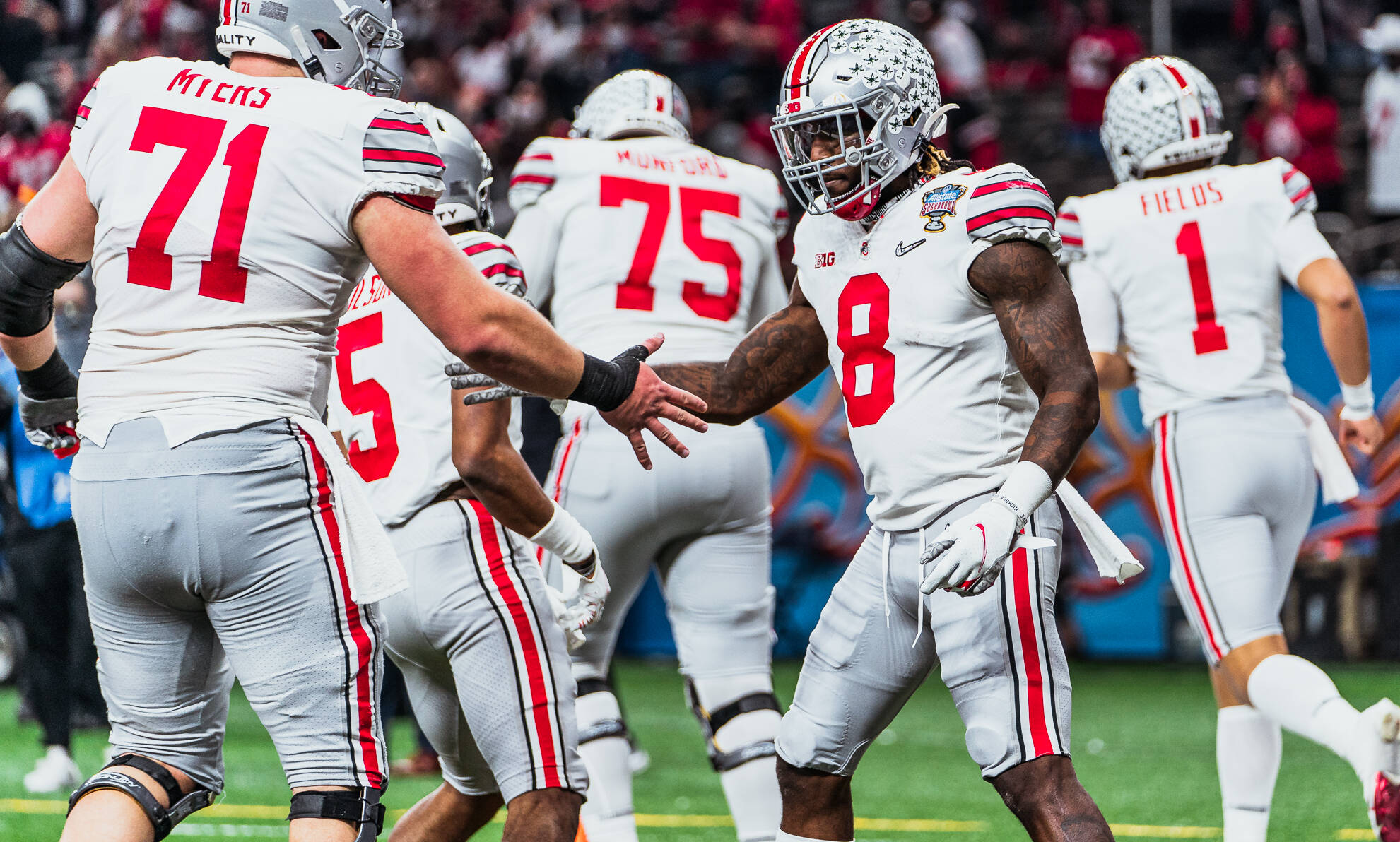 Clemson head coach Dabo Swinney on if he regretted putting Ohio State at No. 11 in his coaches poll ballot: “No, I don’t regret any of that. The polls have nothing to do with motivation. Both teams were highly motivated to play. And listen, they’re a great team. As I said, that had nothing to do with Ohio State. I said they were good enough to beat us, good enough to win the whole dang thing. And I didn’t think anybody that didn’t play at least nine games – in my poll, I wasn’t going to put them in the top 10.”

Ohio State junior center Josh Myers on if Swinney’s comments gave Ohio State any added motivation: “I think that just gives us extra motivation, extra ways that we can get our guys going, get our guys pumped about this game. I think it’s really important to be gracious in victory and defeat, and so that’s what we’re doing, and I’m not going to say anything else about that and what they said. That was a good football team, respect to them, but comments and stuff like that just gives us extra motivation.”

Swinney on what went wrong in his team’s defeat: “You have to give Ohio State credit for that. They were awesome. They absolutely dominated the line of scrimmage. You can’t win games like this if you can’t stop the run and then the big plays, and I think they had five straight touchdowns (actually four), and we just really couldn’t respond like we needed to.”

Ohio State junior wide receiver Chris Olave on what this win meant to him: “It means a lot. Just thank God first of all. I’m glad my family got to be here. It’s been a tough year, but I just had to fight through adversity, and luckily, I came out in the end and had a huge game today. And I’m just blessed and love my teammates, love my coaches, and it’s all glory to God.”

Olave on how he feels after getting redemption for the Clemson game from last season: “I feel great. I mean coming off last year was tough for me, trying to train all year just to be in this position, and we finally got here, and just being able to beat these guys and have fun with my teammates most importantly. I’m just blessed, and I’m proud to be here.”

Ohio State senior running back Trey Sermon on how he’s continued to get more comfortable in the offense: “I have gotten extremely comfortable over time, just getting used to the flow of the offense and really just getting in sync with the offensive line. I mean each week I feel like I’ve been getting better and better at it.”

Myers on blocking for Sermon these past few games: “It makes life fun, man. Trey and the offensive line complement each other. When we do well, Trey does well. When Trey does well, we do well. And it’s a whole lot of fun, especially after the start of the season that we had and people just being like, ‘What’s up with your run game?’ even though we were leading the Big Ten in rushing yards.”

Sermon on if his early struggles on the field led to any frustration: “It was definitely frustrating at first, but I knew if I just continued to work hard and just trust my coach that it was going to pay off.”

Clemson junior quarterback Trevor Lawrence on Ohio State’s performance against his team: “Ohio State, they played a heck of a game. You have to give it to them, obviously. They kicked our butt tonight.”

Ohio State senior defensive tackle Haskell Garrett on what worked well defensively against Clemson: “We just played our game, did our job, and we just hung in there and didn’t jump out of gaps, just played assignments sound. And like Coach (Ryan) Day said, ‘Do your job and that’s all you can really do.’ ”