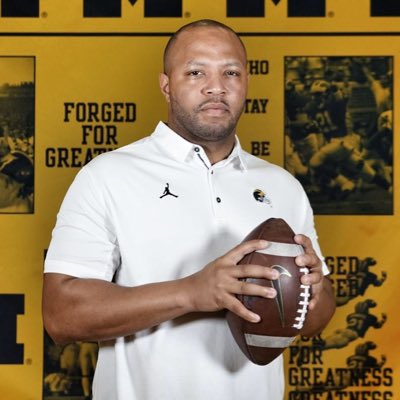 Michigan football is “nowhere near having a front-runner” in its starting quarterback battle, per offensive coordinator Josh Gattis.

In a zoom meeting with reporters, Gattis addressed the quarterback competition between the Wolverines’ returning scholarship quarterbacks in Dylan McCaffrey, Joe Milton, and Cade McNamara.

“They’re all dead even,” Gattis said. “There’s nobody out front. There’s nobody left behind. Each guy’s different. Each guy has a different strength and a different weakness than the other guys. So it’s a really interesting battle, because we’ve got to be able to decide who is going to give us the best opportunity to win games. And I think they all three can give us opportunities to win games and so we’re just gonna have to catch them up.”

The Maize and Blue must replace Shea Patterson, who started every game the past two seasons. McCaffrey, a redshirt junior, served as Patterson’s backup for each of the last two seasons, while Milton, a redshirt sophomore, was third in line behind McCaffrey and McNamara redshirted.

McCaffrey, who missed a large part of the season with a concussion, completed 10 of 20 passes for 116 yards and one touchdown, while rushing for 67 yards and one score on 13 attempts in 2019.

Milton played in just three games, where he completed 3 of 7 passes for 59 yards and one touchdown, while adding 16 yards and one score on the ground.

Prior to Michigan’s Citrus Bowl matchup with Alabama, Milton said he felt like the quarterback battle had already started. Gattis said he challenged his signal caller at the time, but he admitted that the Wolverines had their focus centered on the Crimson Tide and less on making sure they gave the backup quarterbacks an abundance of reps.

“We just couldn’t get those guys the reps,” Gattis said. “Even though you say the battle is started, the competition is started, they’re not getting all the reps that they need to really try to compete, and that’s what really spring is for. But I challenged all three of those guys to step up in any kind of way, show me that you can lead this team, show me that you can lead this offense.

“… We want a balanced quarterback competition where we can give those guys the right reps needed. We just couldn’t do it right then in December, but that’s what your spring and offseason is for.”