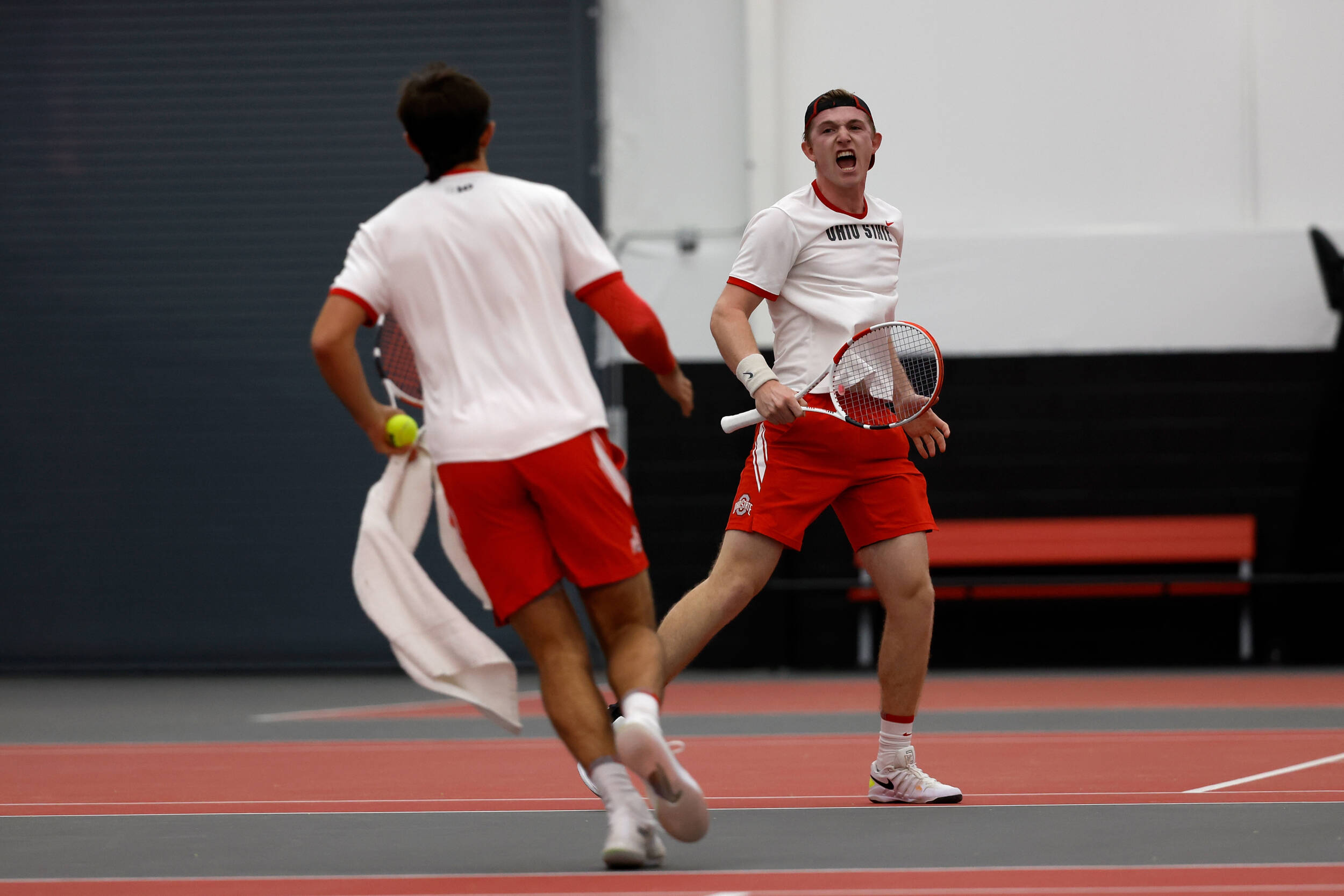 Ohio State, which entered the ITA National Indoor Championship field as the top overall seed, isn’t headed to a finals matchup with either second-seeded Baylor or third-seeded Tennessee after it came up short in a 4-3 semifinal matchup against No. 5 TCU, decided in the final singles match of the afternoon.

It was Jake Van Emburgh, a graduate transfer from Oklahoma who arrived at Ohio State to play out his final year of eligibility this season, who nearly lifted the Buckeyes over the Horned Frogs against TCU’s Sander Jong in the final match of the day, but he saw a comeback effort dashed in the final set, with Jong taking the match 6-4, 6-7, 6-0. Van Emburgh staved off defeat in the second set with a 7-3 victory in tiebreakers after the two battled to a 6-6 stalemate. In the final set, though, Van Emburgh was broken on both of his first two service games as Jong raced out to a 4-0 lead that he would not falter on, claiming every game in the set.

TCU earned the doubles point to open the meet and paired it with singles points from No. 44 Luc Fomba over No. 6 Matej Vocel (6-4, 6-4) and No. 69 Lui Maxted over Robert Cash (7-5, 6-2). For the Buckeyes, a defeat in doubles (where it holds the top two teams in the ITA rankings, both of which lost) and struggles for Vocel can often spell disaster, even with other members of the singles bunch faring very nicely.

TCU will match up with the winner of the other semifinal. Historically, the event has not featured a third-place matchup and does not list one on its schedule, though such a matchup was played in 2021. Ohio State is now 11-1 on the season, claiming victories over No. 8 Wake Forest 4-0 in the quarterfinals and No. 16 Washington 4-1 in the opening round.