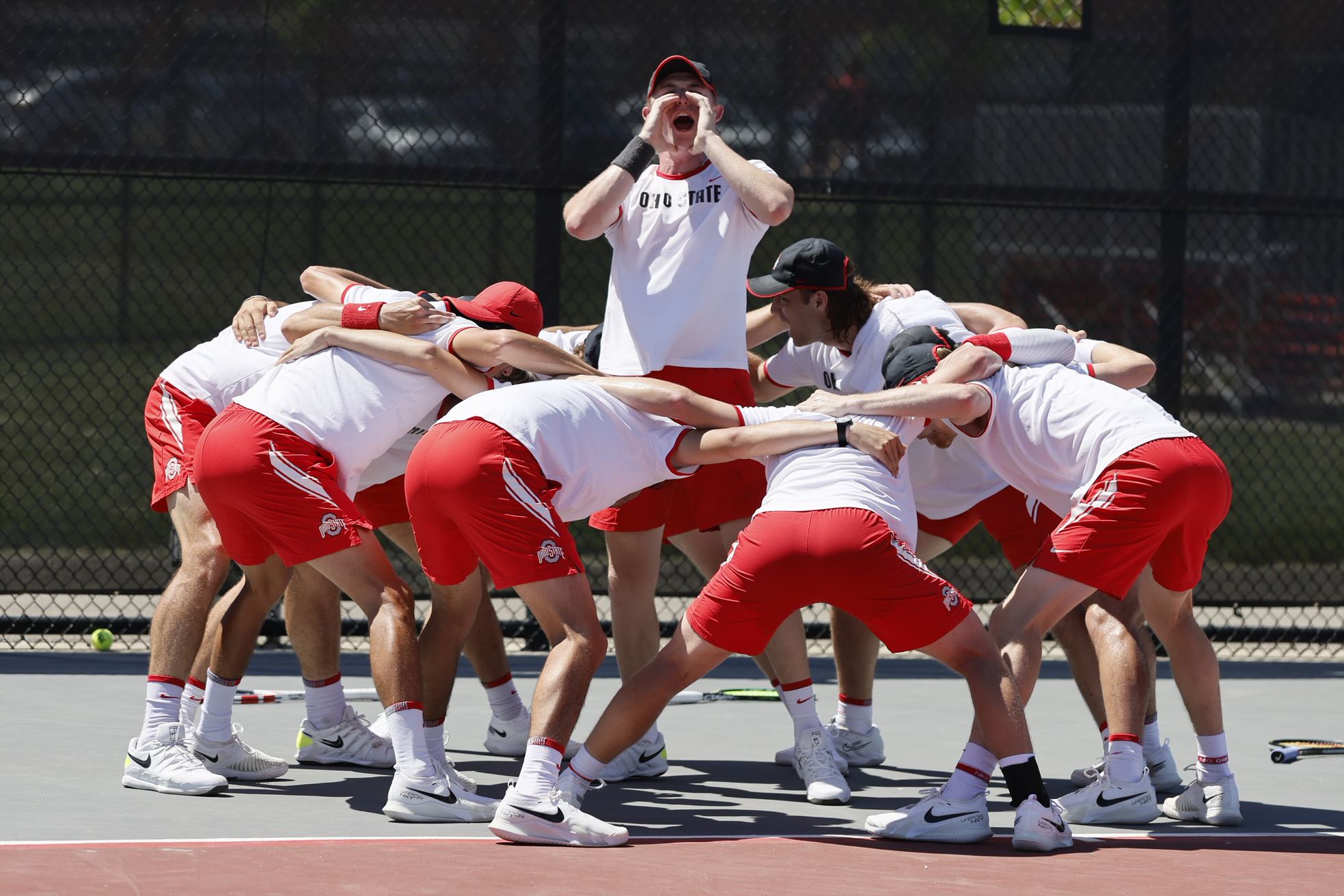 The No. 4-seeded Buckeyes started the match with a doubles-point victory from the rackets of Cannon Kingsley and JJ Tracy (6-1) and Matej Vocel and Robert Cash (6-3). However, the No. 8-seeded Wildcats responded with all four singles points to advance to the NCAA title match.

Ohio State and Kentucky split the first set in all six matches, but the latter pulled away in the second set and left the Buckeyes with no answer. Kentucky’s Gabriel Diallo defeated Vocel, 6-3, 6-2, while Millen Hurrion beat Tracy, 6-1, 6-2, and Francois Musitelli topped Jake Van Emburgh, 6-4, 7-6, in a hard-fought battle.

Kingsley faced Kentucky’s Liam Draxl in the deciding match. The players went back-and-forth on the court, trading blows and adding to their respective point totals. However, Draxl pushed in front in the final frame and took home a three-set victory for his team and gave the Wildcats their spot in the championship.

Ohio State’s loss in the semifinals was its fourth since 2009. The Buckeyes have made it to the semifinals six times in the last 14 seasons, winning twice and losing four times. Despite the late playoff advances, the program has yet to claim its first national championship on the outdoor courts.