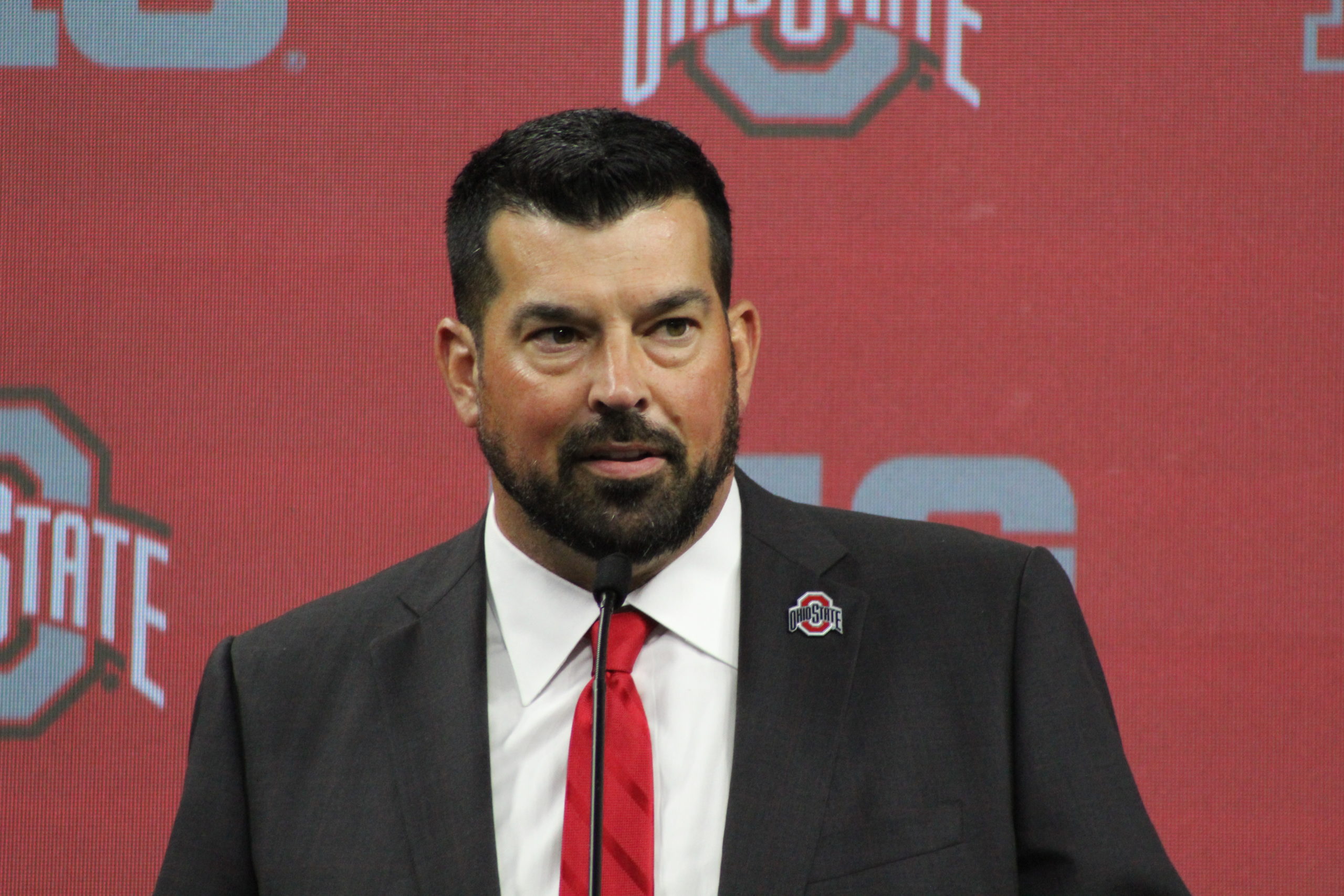 Understandably so, one of the hottest topics at Big Ten Media Days was Ohio State’s loss to Michigan last season. It was the first for the Buckeyes since 2011, and it was made clear by everybody from head coach Ryan Day to quarterback C.J. Stroud, wide receiver Jaxon Smith-Njigba and safety Ronnie Hickman that everybody is eagerly anticipating the rematch at Ohio Stadium to close out the upcoming regular season.

While some might prefer to just skip to Nov. 27, there is a massive roadblock standing between Ohio State and Michigan this season: Notre Dame, who will step into Columbus for a likely top-five matchup to open each team’s season on Sept. 3.

For as much talk as there was about Michigan, the upcoming dance with the Fighting Irish – just over a month away as Ohio State is set to begin fall camp on Aug. 4 – received plenty of attention as well.

Hype for the primetime matchup is clearly building, as Day revealed that Ohio State’s games against Notre Dame and Michigan are both already sold out with the exception of single tickets.

According to Day, that same energy can be felt within the program.

While Ohio State has not played the Fighting Irish since 2016, a 44-28 win for the Buckeyes in the Fiesta Bowl, there is some familiarity between the teams due to Notre Dame head coach Marcus Freeman, who played at Ohio State and had a stint as a graduate assistant with the Buckeyes.

“Marcus Freeman does a very, very good job. He’s got a really good staff,” Day said. “They’re very knowledgeable, very energetic, do a great job recruiting, do a great job schematically. It’s going to be a really big challenge for us. They have a great team coming into Ohio State.”

“All those things kind of have our guys’ attention,” he continued. “So I think there is a little bit more attention to our guys just knowing what a big game we have to start the season off with.”