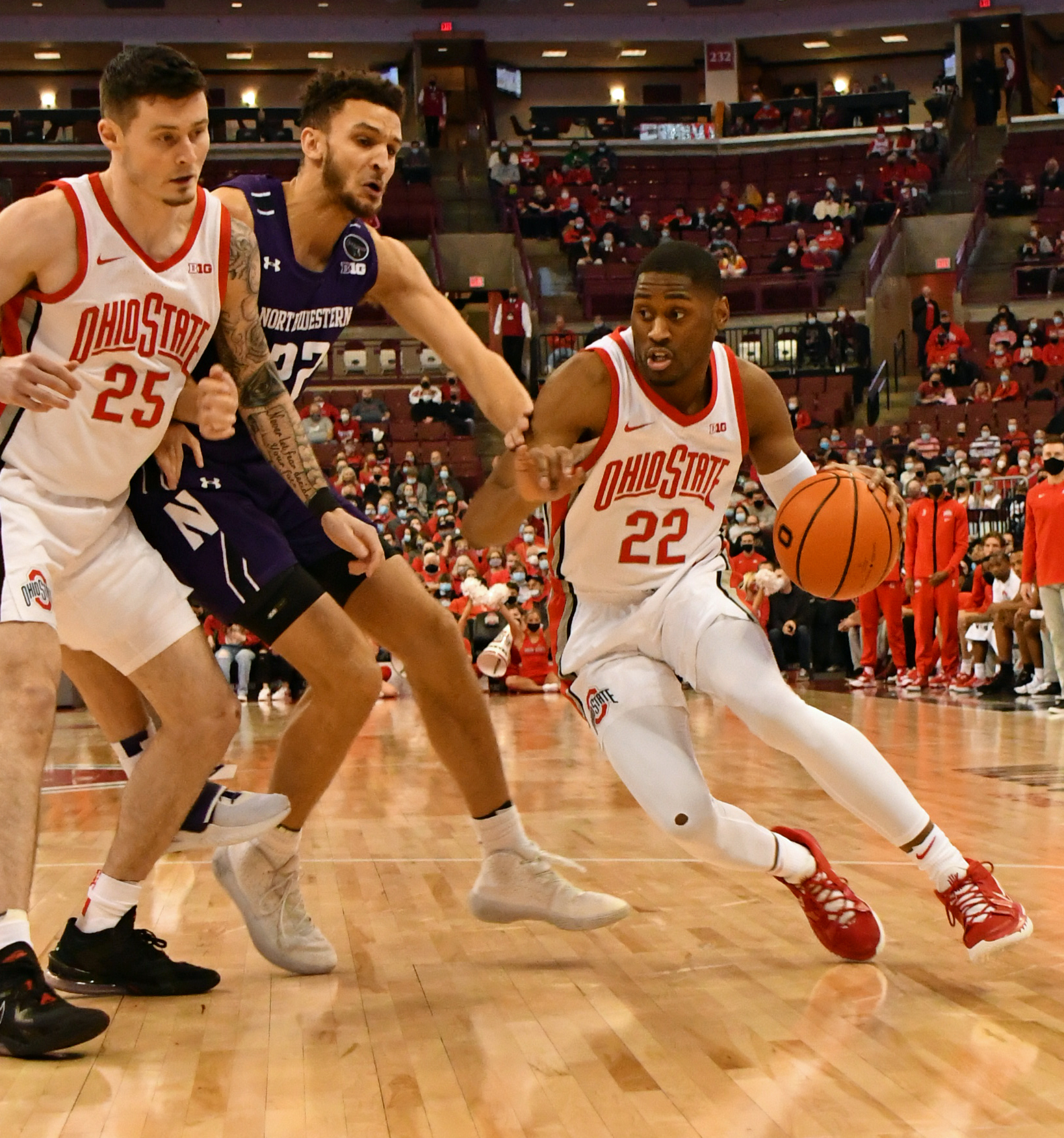 Ohio State freshman guard Malaki Branham told ESPN on Friday that he will enter the NBA draft but maintain his college eligibility.

“I will be testing the draft waters while keeping my college eligibility intact,” Branham said. “I want to find the best situation and the right fit for me. I am staying in the draft if I’m in the first round because I believe if someone gives me four years to prove myself, I have no doubt that they will love what they’re getting.”

Branham is coming off one of the best freshman performances in the country, averaging 13.7 points on 49.8 percent shooting while adding 3.6 rebounds per game. For his efforts, he was named Big Ten Freshman of the Year and third-team All-Big Ten in the coaches and media poll.

Though he started the season off slow, he took over in the second half of the year, scoring 16.3 points per game on 52.3 percent shooting in conference play. In Ohio State’s two NCAA tournament games, Branham 37 points on 57.7 percent shooting, pull down seven rebounds.

The highlight of his season was a 35-point outing in a win over Nebraska in which he shot 13 of 19 from the field and was 6 of 10 from deep. He had another 30-point game later in the season, dropping 31 points on 10-of-14 shooting at Illinois.

“The season was exciting, we had our ups and downs, but we battled all year,” Branham said. “We stayed together throughout and did our best. To receive Big Ten Freshman of the Year was definitely an honor, it showed me that the work was worth it. Advancing in the NCAA tourney was fun. I just wanted to make sure I did my part to help the team. I wish we could’ve been playing at the Final Four this weekend, but I know that we fought and gave it all we had.

“I think NBA teams were able to learn that I don’t quit and I’m going to work. The beginning of the season wasn’t ideal for me and my standards, but the work is what got me through.”

Ohio State junior E.J. Liddell has already declared for the draft, and both he and Branham are projected as first-round selections if they follow through with the NBA draft process.