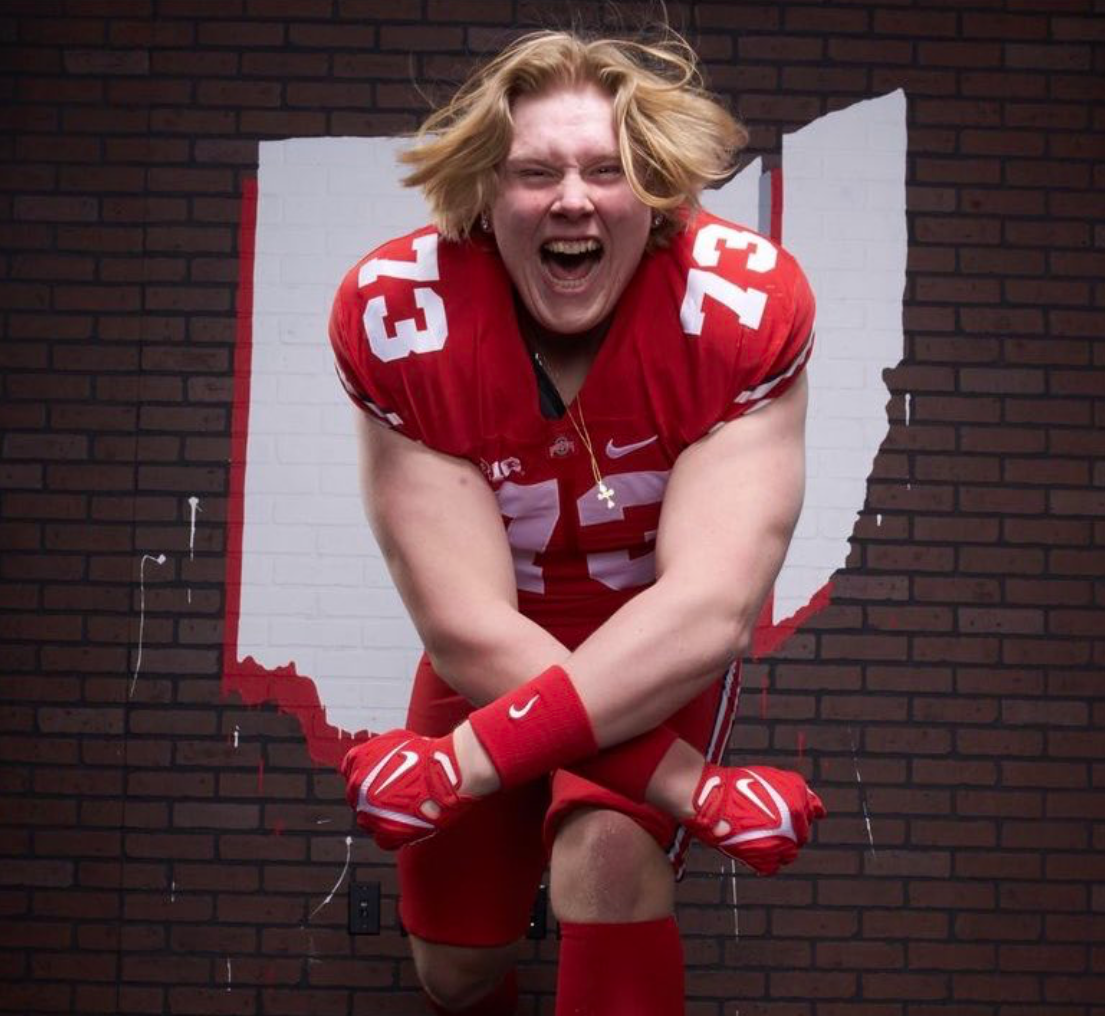 Windsor (Conn.) Loomis Chaffee School four-star offensive tackle Olaus Alinen (6-6, 315) released a list of his top four schools on Friday, and the Buckeyes are in the running. Ohio State was listed along with Alabama, Georgia and Miami (Fla.).

Alinen is the No. 127 overall prospect and No. 14 offensive tackle in 2023, as well as the top prospect out of Connecticut. A native of Finland, Alinen has roots in professional football, as his father, Klaus, played for Berlin in NFL Europe and spent time on the practice squad of the Atlanta Falcons.

Alabama was the early leader in Alinen’s recruitment, offering him on Nov. 12 and following that up with an unofficial visit on Nov. 23. The rest of his top schools followed suit, with Ohio State and Miami offering on Dec. 16 and Georgia offering on Feb. 10.

He’s since made an unofficial visit to Ohio State earlier in March, and has official visits scheduled with Miami (June 3), Alabama (June 10), Georgia (June 17) and Ohio State (June 23). There are currently two 247Sports crystal ball predictions in, with both sending Alinen to the Crimson Tide.

Alinen told 247Sports that he does not have a date for his decision, but he is targeting a commitment at some point during the summer.