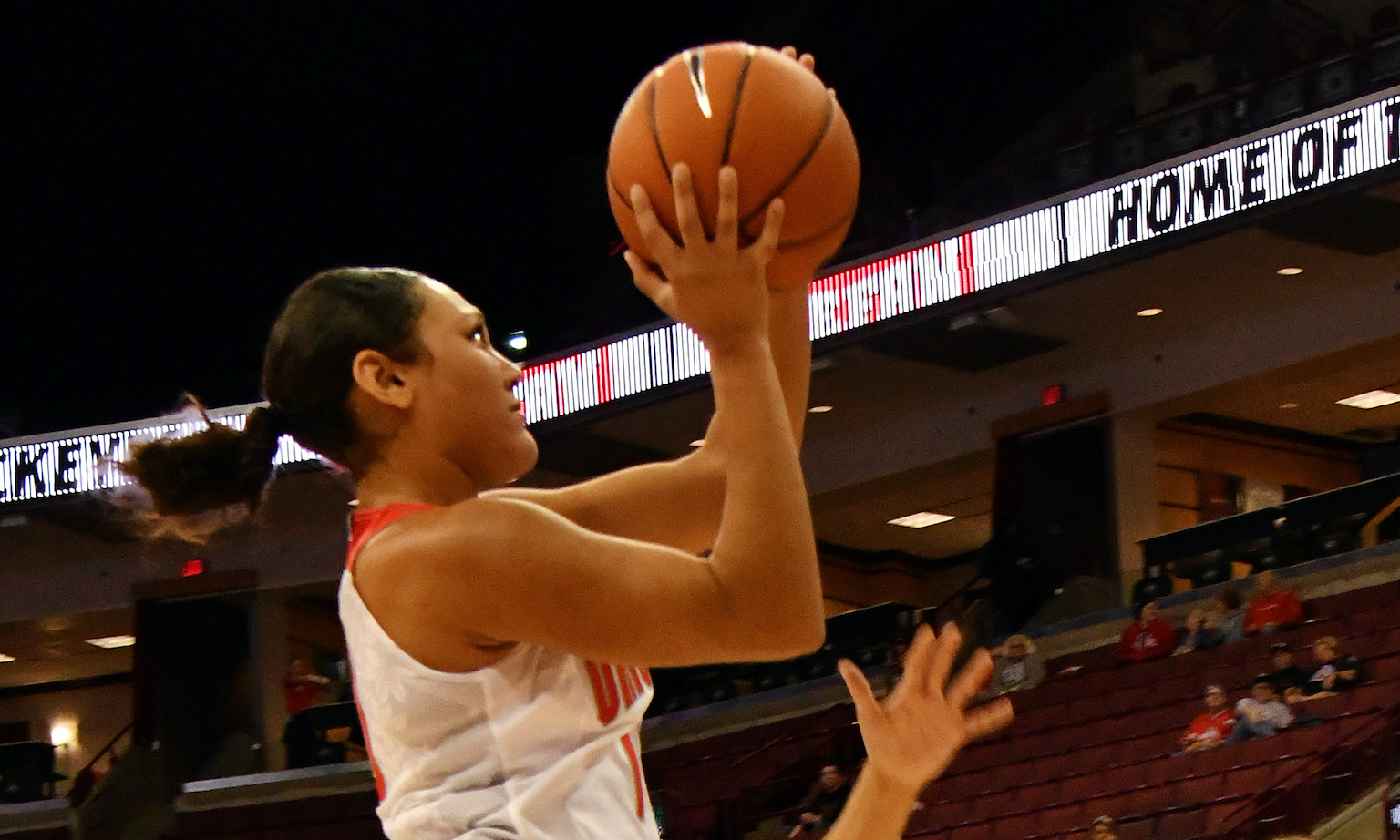 Ohio State women’s basketball has already picked up a pair of marquee wins against then-No. 2 Louisville and No. 24 Minnesota. But the Buckeyes have also had its share of résumé-scathing losses with home defeats to Ohio and Purdue.

This inconsistency has both plagued and benefitted Ohio State early on in the season, something that for junior guard Braxtin Miller, the only upperclassmen who has played for the Buckeyes this season, believes comes down to getting the little things settled.

“We just try to say that we need to stay disciplined to what we know how to do and execute those things because we can be really inconsistent,” Miller said. We need to be more consistent about the things we control, maybe not always shots and things like that, but our defense, our effort, getting back and stuff like that.

“I think that we work really hard in practice, and we just have to keep getting better to be more disciplined.”

Miller has had her personal struggles shooting, making only one of her past 25 three-point attempts. The slump has dropped her to sixth on the team in scoring with 7.2 points per game on a team-low 32.1-percent shooting.

“I’m just trying to keep my confidence up, I think my confidence can be a really big factor,” Miller said. “So just keep confidence and keep working on my shot, and hopefully it’ll come back at some point, but in the mean time, just try to do other things for my team that will help us win.”

Staying disciplined may be just one key factor for Ohio State moving forward.

According to sophomore forward Dorka Juhasz, the team’s leading scorer (12.8 ppg) and rebounder (7.7 rpg), it also comes down to having the right attitude.

“I think it’s like, for this team, it’s more like how we show up that day, and it’s more mentally and just how we prepare,” Juhasz said. “I think we always get prepared for every game, we always are motivated to go but when that day comes, sometimes we can see in the warmup how we’re going to show up and how we start the game, so I think for this young team we should have a lot of energy every game, and we just have to stay hungry for every game.

“When we’re playing ranked teams, we are maybe more energetic than when we’re not playing a ranked team, so we have to prepare for every game like it’s a championship game.”

But with a young team, leadership is also a key to helping build that consistency.

Miller and Juhasz are aware of that, and both said they have taken steps to become stronger, louder leaders this season.

“I feel like it was mostly like, for me, it’s just being vocal, trying to help people in different things of like helping them know where they need to be, things like that, and to just try to keep everyone together as much as possible,” Miller said.

“Last year obviously I was a freshman, so I have (assistant Makayla Waterman) who has my back all the time now. I’m one of the oldest, so now it’s my job, and I still have Braxtin who is older than me so she can always help me, but it’s fun. It’s challenging, but it’s fun.”

For Ohio State head coach Kevin McGuff, looking for more consistency in his team also means finding the players he can rely on down the stretch of these crucial games.

“I think the biggest thing is just still, just searching for consistency,” McGuff said. “I’m saying that because I’ve seen, they’ve all had great moments, but we’re still trying to figure out who’s going to be that consistent player night in, night out.”

The difficult games do not end here, with Ohio State traveling to take on No. 12 Maryland on Monday and facing off with Michigan — who finished No. 27 in AP poll votes — on Thursday.

The Buckeyes managed to earn a major nonconference win to boost their résumé come the end of the season, but consistency, or lack thereof, that this team has in the back half of the year could determine its NCAA Tournament fates.