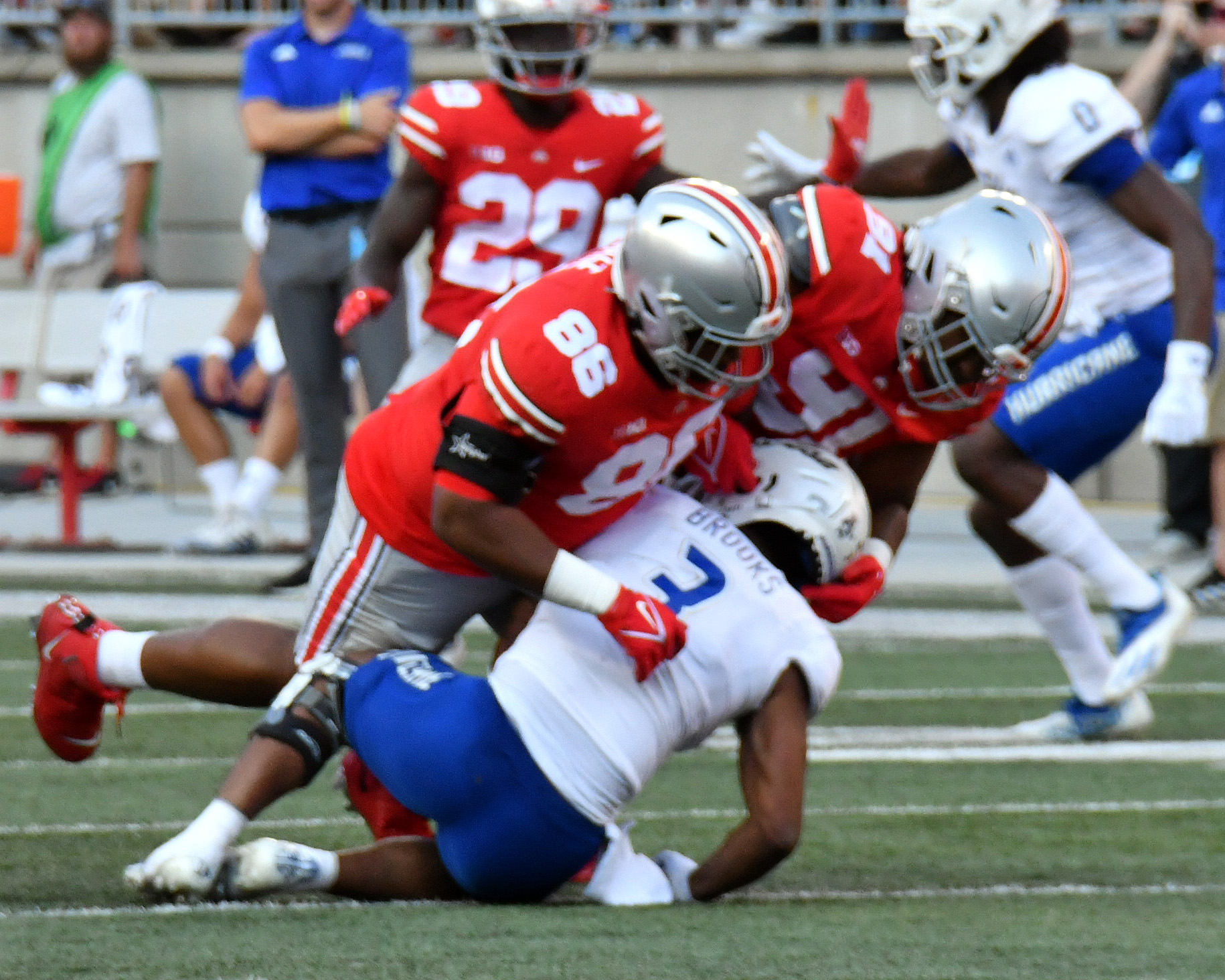 It’s been quite some time since Ohio State has had a pass rush as impotent as the product it has fielded through three games of the 2021 season. Its four sacks through those first three matchups are among the lowest in college football – down in the 100s with teams like Arizona, Kent State, Georgia State or UNLV, four of the most disastrous defensive units in America.

That’s quite the fall from grace for the Buckeyes, which have fielded one of the nation’s most consistently excellent pass rushes since they hired Larry Johnson away from Penn State to coach the defensive line back in 2014. Gone are the Bosas or Chase Young, and even second-tier contributors like Sam Hubbard or Jonathon Cooper.

These pass rushers, players like Zach Harrison and Tyreke Smith, just haven’t yet produced on that level this season. Of Ohio State’s four sacks, just one – a Harrison strip sack – have come from the defensive ends at all.

That’s not going to slide with Johnson who was open about his displeasure with his defensive line thus far at a Sept. 21 press conference.

“That means changing personnel, putting the right guys on the field to get it done. But the bottom line is we gotta get it done, and it starts with me.

“Everything starts up front. I say it every time in my room, it’s not behind us, it’s what’s in front of us, and that’s us. And we have to find a way to generate that. For the quarterback to hold the ball 3.4 seconds – not a good deal. We have to get to the quarterback, we have to affect his throw.”

Even through the early stages of the season, Johnson has not been shy about trying out new faces. Trie freshman J.T. Tuimoloau was one of the top snap-getters against Tulsa on Sept. 18. Defensive tackle Tyleik Williams, another freshman, earned double-digit snaps against the Golden Hurricane as well and rewarded that trust with a sack. Another freshman, Jack Sawyer, has been suspiciously quiet, but Johnson alluded to getting him involved as well. Though the defensive issues go beyond the line, Johnson has made it clear that he expects far more from his group than he’s gotten.

The fix, in his eyes? Well, switching up the personnel plays a big role, but the ever-positive Johnson is hoping to see his room pick up its effort in practice, to return to the kind of energy levels that he’s seen in the past. He’s not willing to say that’s he’s disappointed, but the long-time line coach was not subtle about the need for improvement from his players, both in production and in attitude.

“I won’t use the word disappointed because that’s not a good word. I think that there’s room for improvement, and that starts with the guy standing in front of you,” Johnson said. “We have to find a way to improve their skill set and get them going, and that’s what we’re going to work on. We’ll spend all day and night figuring out why, but we’ll get it fixed and find a way to get those guys going forward. They’ve got a lot of pride in that room, they’re not sitting around smiling every day, they know that we have some work to do, and we gotta go to work. That’s how you fix it.”

As Ohio State looks to fix it, expect to continue to see new faces, especially against Akron. The Buckeyes have been clear that the defensive lineup is still not set in stone, meaning that just about every member of that line, short of tackle Haskell Garrett, is far from locked into a starting role.