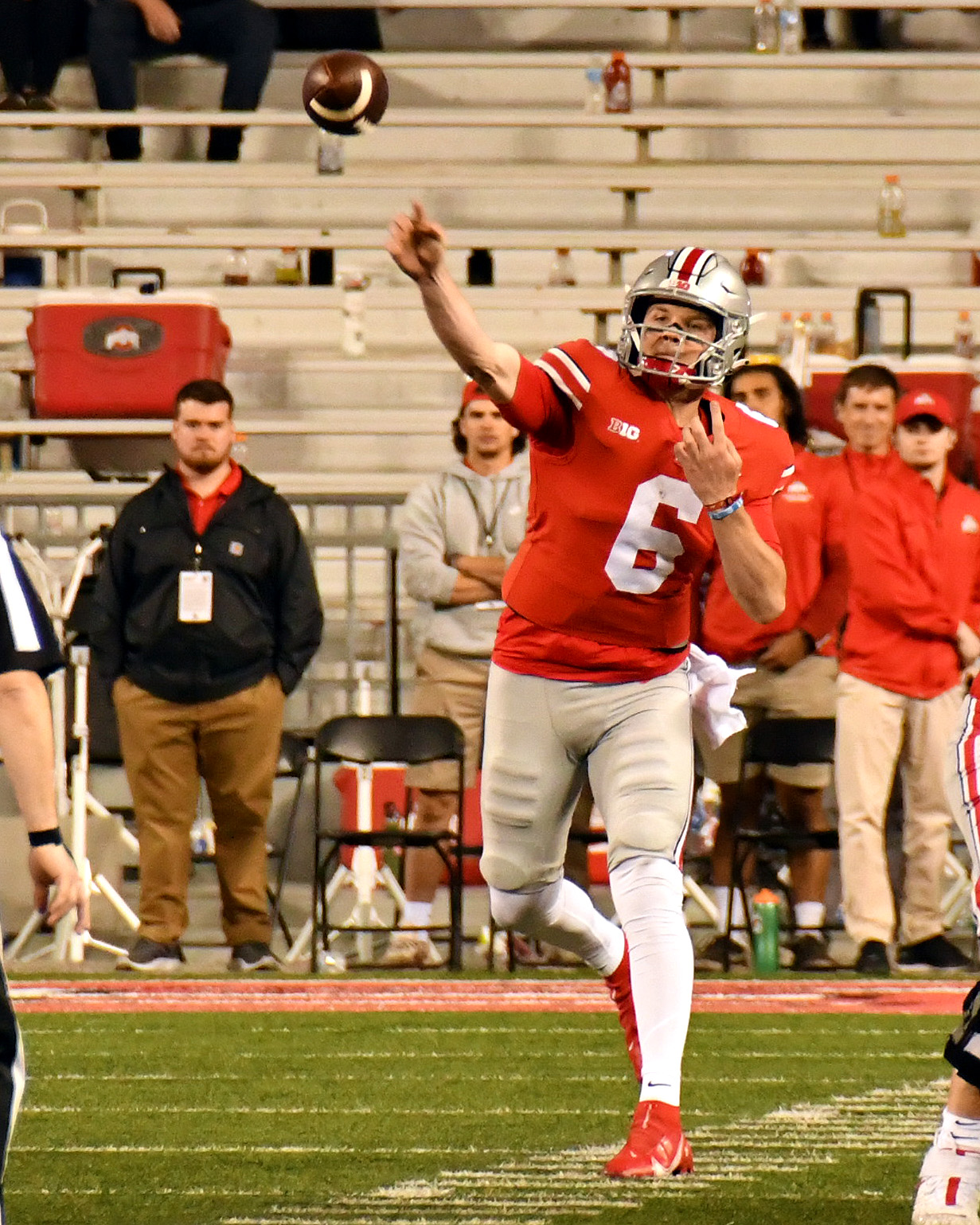 It was a historic night for Kyle McCord against Akron in a 59-7 win for Ohio State on Sept. 25. The freshman signal-caller from Philadelphia threw his first passes, earned his first start and claimed his first victory as a Buckeye all in one night, tossing for 319 yards and two touchdowns on 13-of-18 passing.

Although his status as a true freshman starter, just the fourth in program history after Art Schlichter (1978), Terrelle Pryor (2008) and Braxton Miller (2011) is perhaps more significant, McCord set a landmark with his performance on the field as well, not just his participation in the game. Those 319 passing yards are the most by an Ohio State quarterback in a starting debut in program history. Dwayne Haskins set the previous record, throwing for 313 yards against Oregon State in 2018.

McCord’s record came on his final pass of the day – an 85-yard catch and run for freshman wideout Emeka Egbuka (his first career catch), which is the third-longest passing play in program history.

Additionally, in the record books, McCord was joined in the starting lineup by halfback TreVeyon Henderson, cornerback Denzel Burke and defensive end J.T. Tuimoloau, giving Ohio State four true freshman starters for the first time since 1944, when Robert Brugge, Ollie Cline, Richard Flannagan and Thomas Snyder started for the Buckeyes in a 54-0 win over Missouri, per Eleven Warriors’ Matt Gutridge.