Kourt Williams: First One In, Last One Out 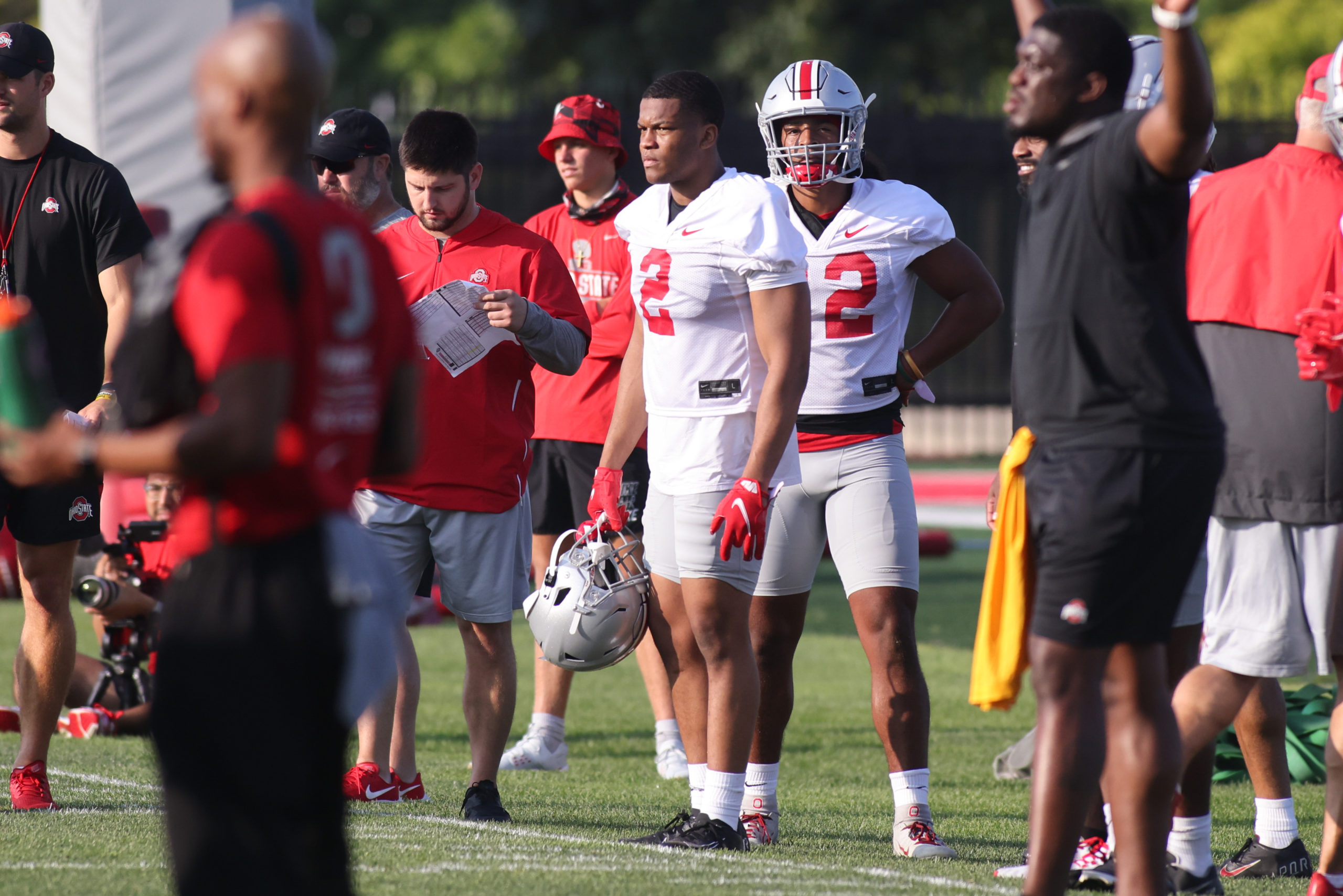 The Bellflower (Calif.) St. John Bosco four-star signed with Ohio State in December 2019. Head coach Ryan Day’s first comments on Williams made it clear that he had big expectations for his future in the program.

“I’ll be surprised if he’s not a captain when he’s here,” Day said on Williams’ signing day. “I’ve said that to him and his parents a million times. They’re probably tired of hearing me say that.”

In last year’s preseason camp, Williams caused the already high expectations for his career to grow. He became the first freshman defender to lose his black stripe and thrived at safety and linebacker. Williams became the perfect prototype for the new bullet role that defensive coordinator Kerry Coombs wanted to install.

Williams’ hopes of making an immediate impact came to a halt after he suffered a torn ACL in practice, ending his first season before it began.

It took some time for Williams to recall the initial impact and weight of his injury. He’s blocked most of the feelings from his memory by now, but he can remember some advice that helped bring him through his challenging time.

“The first 24 to 48 hours were probably the roughest,” Williams said. “But coach Coombs told me something when I got hurt that I remember to this day. He told me, ‘Be sad today, but not tomorrow, because tomorrow’s time to go to work.’

“That’s really what I took during that time and the way I approached it. It was was really the best thing that could have happened for me.”

Williams took Coombs’ advice to heart. Despite his injury, he became the hardest-working player on the team. Williams rehabilitated his knee by working with team doctors and trainers and strengthening his body with performance director Mickey Marotti in the weight room. His strong commitment to the program only intensified.

“Kourt Williams is the most diligent worker that I have been around anywhere, anytime, anyplace,” Coombs said. “The only guy that was like him was a kid named Logan Ryan at the Tennessee Titans. This kid is the first guy in the building every day. He’s the last guy to leave. He’s been living in the training room, rehabbing his knee. He watches film. He studies.”

Day made similar comments on Williams at the 2021 Big Ten Media Days.

“I think if you said, ‘Who is the hardest-working guy in our building?’ A good portion of our team would say, Kourt Williams,” Day said. “Sometimes he’s there at 5:30 in the morning, and I go home at night, he’s still there. He’s unbelievable, his work ethic, the way he’s rehabbed his knee. So we’re all dying to see him get on the field and play this year.”

It is unclear what role Williams will serve for Ohio State this season. As mentioned above, Williams (6-1, 220) is an excellent fit for the bullet role. He has the size and strength to make stops up front, but he also possesses the speed to cover running backs, tight ends and slot receivers.

For fellow bullet-candidate Craig Young, it’s hard to believe that Williams won’t turn out to be successful when he takes the field for Ohio State.

“He’s going to be the best, probably, in the Big Ten one day,” Craig Young said.  “He’s coming, but he’s coming quick. He’s not far behind. Kourt Williams is definitely going to be all right. He’s a warrior — a true warrior.”

Safety Josh Proctor also believes that Williams will find his footing this season. Both mentally and physically, Williams’ preparation off the field will show itself on the field whenever the coaches call his name.

“Physically, he’s just dominant,” Proctor said. “He’s just a big body. He’s always in the right spot. He doesn’t make wrong calls. He stays in here all the time, in the film room, getting treatment — just making sure his body is right.

“I feel like a lot of stuff you were hearing before he came down with the injury is the same Kourt Williams you’ll end up seeing once he gets the chance to actually step on the field.”

Because of his lack of in-game snaps, it is challenging for a coach to assess his game readiness. Reps in practice against fellow teammates can look and feel a lot different than they do against an opponent.

While this may be true, Williams only needs a chance, and he will get that this season. Coombs is ready to see Williams’ hard work pay off and believes he can be a vital contributor to the Ohio State defense.