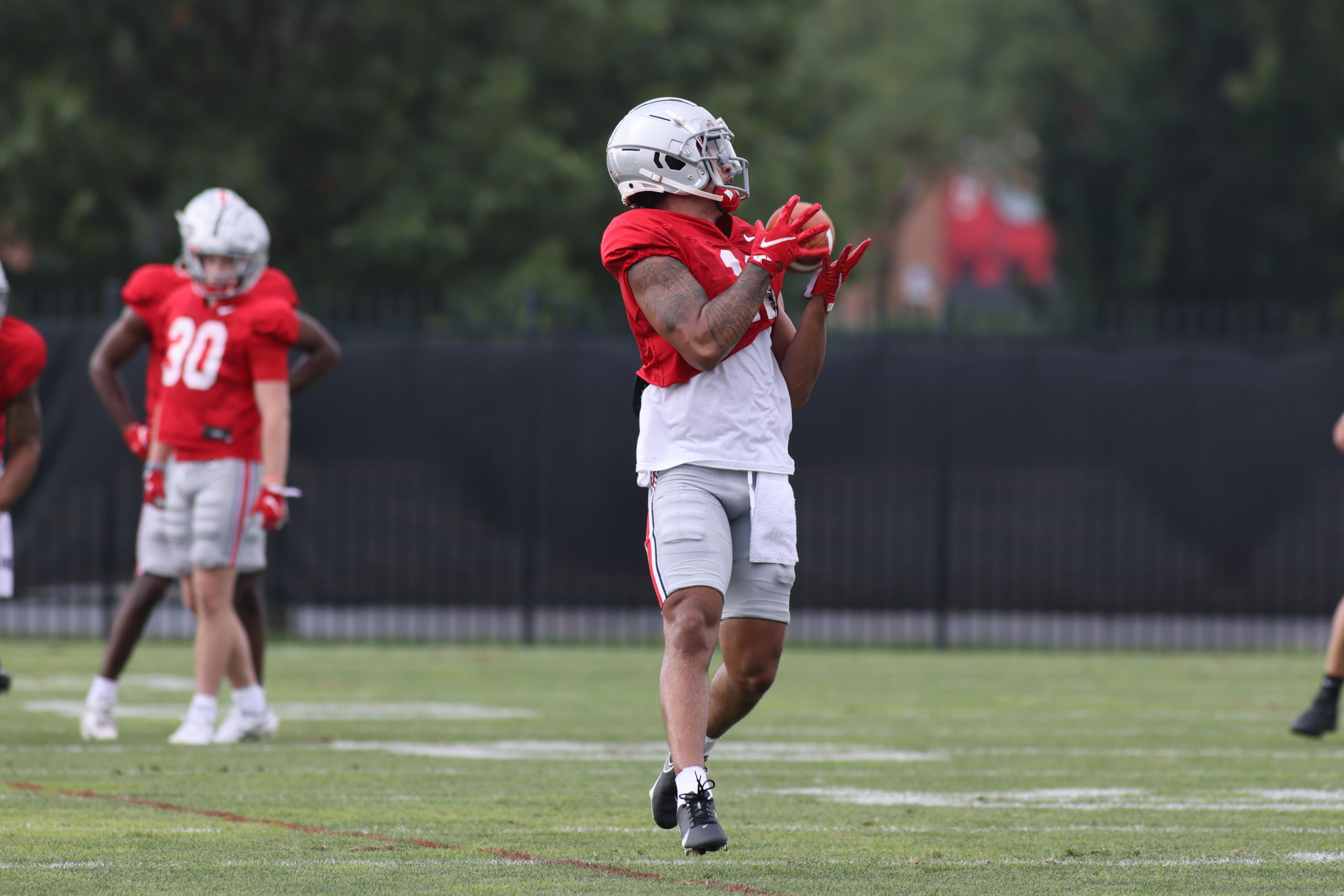 In April, when talking about sophomore wide receiver Jaxon Smith-Njigba, Ohio State coaches always seemed to include a caveat in their compliments. Smith-Njigba was impressive but he needed to put it all together. He flashed plenty of talent but needed to continue to mature before locking in a starting role. It was almost time for the Texas native to step into a bigger role but was lacking the consistency that makes for a great player. Ryan Day said it himself.

“I think that he had a good year last year, but now he’s got to take the next step,” Day said. “We wanted him to be in the mix with the first group, and he can do so many great things. It just needs to be more consistent. But we’re excited about this year. He’s had a good, solid spring. He needs to now have a great summer so he can have a great preseason going into the year. But he flashed. He made some really nice catches today. I think he’s really coming on. He’s done a nice job blocking on the perimeter, which is huge for us. That was a huge emphasis for us coming off of last year that we’ve got to improve on. Excited to see where it goes. We’re hoping that he takes the next step.”

Wide receivers coach Brian Hartline echoed it, saying that Smith-Njigba had plenty of hot days during the spring, but also had “days maybe where he had to catch his breath.” However, as the spring camp came to a close, the second-year standout that snagged 10 passes for 73 yards last season started to show out. He strung together multiple good days, he kept his effort up in blocking and he showed another level of ability entering summer workouts that caught Hartline’s eye.

“He’s been on fire since,” Hartline said. “I think he’s doing a great job. I think that he may be our best blocker in the room. His blocking on the perimeter, his desire, his physicality is much-needed in our room. He’s probably the best one at it.”

Now, as Ohio State looks back on those workouts and begins to prepare in full for the season-opening matchup with Minnesota, which is just over a week away, Hartline, Day and the rest of the receivers around Smith-Njigba have seen what they needed to see. At a press conference on Aug. 25, Hartline said that “the best players play” and that Smith-Njigba has to be among them, declaring that Smith-Njigba is Ohio State’s new starting slot receiver because the consistency, the drive and the maturity that the Buckeyes needed to see has come through in droves this fall.

Those other receivers see it too. Smith-Njigba was almost always seen right alongside the big dogs, Chris Olave and Garrett Wilson, during practice sessions made available to the media. Wilson called him the “best (he’s) ever seen” at the slot position, which Wilson vacated this offseason as he moved back to an outside receiver spot opposite Olave. Even Smith-Njigba is well aware of the improvements he’s made, and he’s not shy about letting anyone else know. He told media on Wednesday night that he thinks he has the best hands and feet of any receiver on the team, though it would be odder for a receiver not to take the opportunity at some playful ribbing directed as his position-mates.

Even if Olave and Wilson may disagree with the jovial bravado, there’s some truth to the statement, at least as Hartline, Day and Smith-Njigba tell it. The freshman flashed that ability last season and now, with a full offseason under his belt, he’s ready to prove it on the big stage.