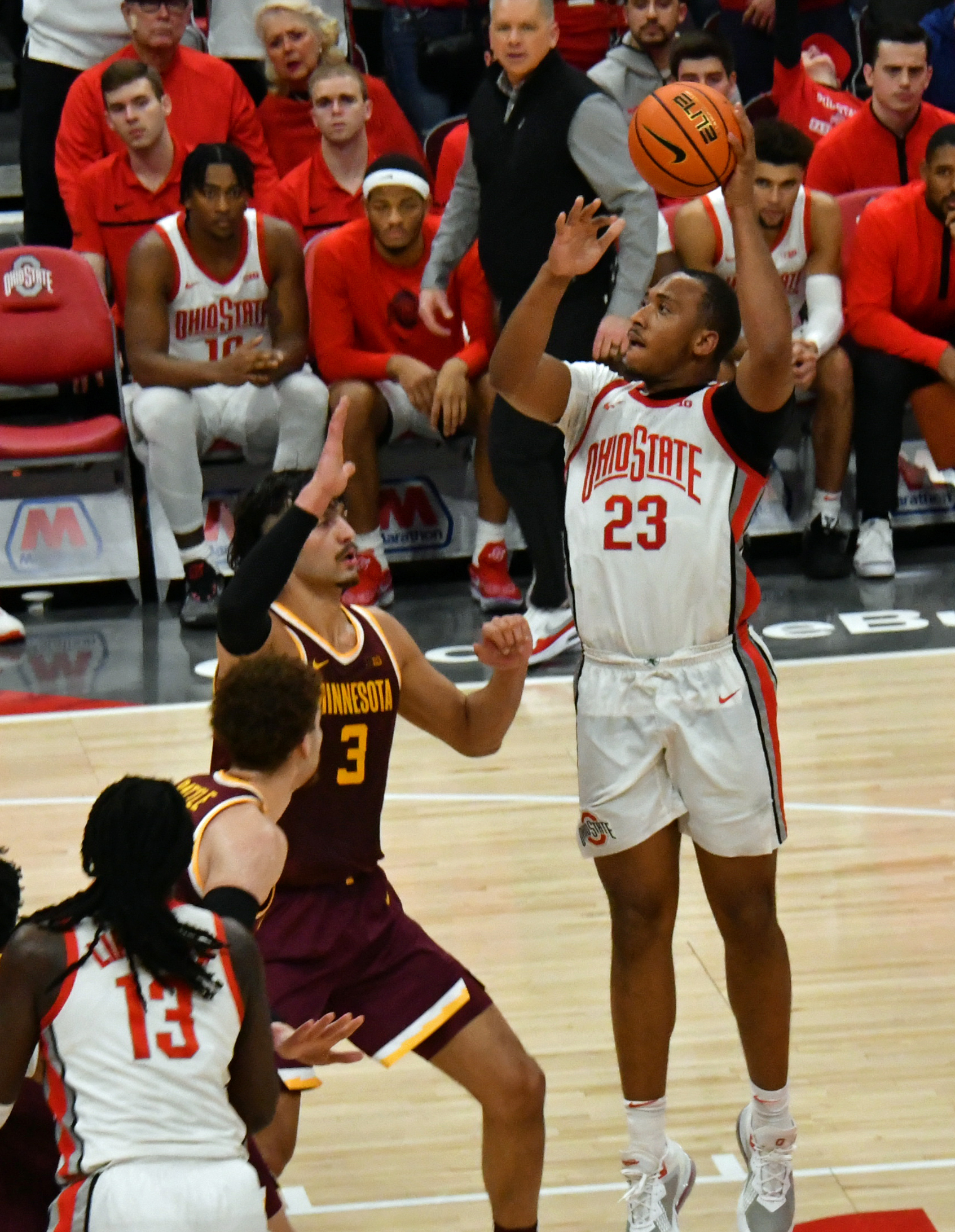 In the closing seconds of Ohio State’s 93-77 win over Iowa on Saturday, Buckeyes’ forward Zed Key capped off the victory with an emphatic two-handed slam after beating Iowa forward Kris Murray off of the dribble.

From the surface, it appeared to be a rather routine play for the Ohio State big man, until Key immediately started limping upon landing. Key tried to run it off, hobbling up the floor to get back on defense, but he couldn’t finish out the game. The Bay Shore, N.Y., native went to the ground, holding his left knee with 21.5 seconds remaining in the contest, taking some of the air out of the Buckeyes’ streak-snapping win.

After the game, Ohio State head coach Chris Holtmann alleviated some of the concerns among the Buckeyes’ fanbase, saying that Key’s injury didn’t appear to be long-term.

Holtmann doubled down on Monday, again saying that Key’s injury didn’t appear to be long-term and that the Buckeyes are taking the injury with a daily approach.

“It continues to be a day-to-day situation that we’re monitoring,” Holtmann said. “We should know more by game time (on Tuesday) obviously.”

Ohio State has been without Key before this season. He sustained a shoulder sprain during the early stages of the Buckeyes’ bout with then-No. 1 Purdue on Jan. 5, missing much of that game as well as the subsequent contest against Maryland on Jan. 8. In 18 appearances this season, Key has produced 12.1 points and 8.1 rebounds per game.

In the games that Key was held out earlier this season, the Buckeyes relied heavily on freshman center Felix Okpara to give them a rim-protection presence in the paint. Ohio State has also turned to several small-ball lineups, including one which placed 6-7 Eugene Brown III at center.

Holtmann said the Buckeyes learned a good deal from Key’s absence earlier in the season, noting that several guys will need to play with more aggressiveness if Key is unable to play on Tuesday.