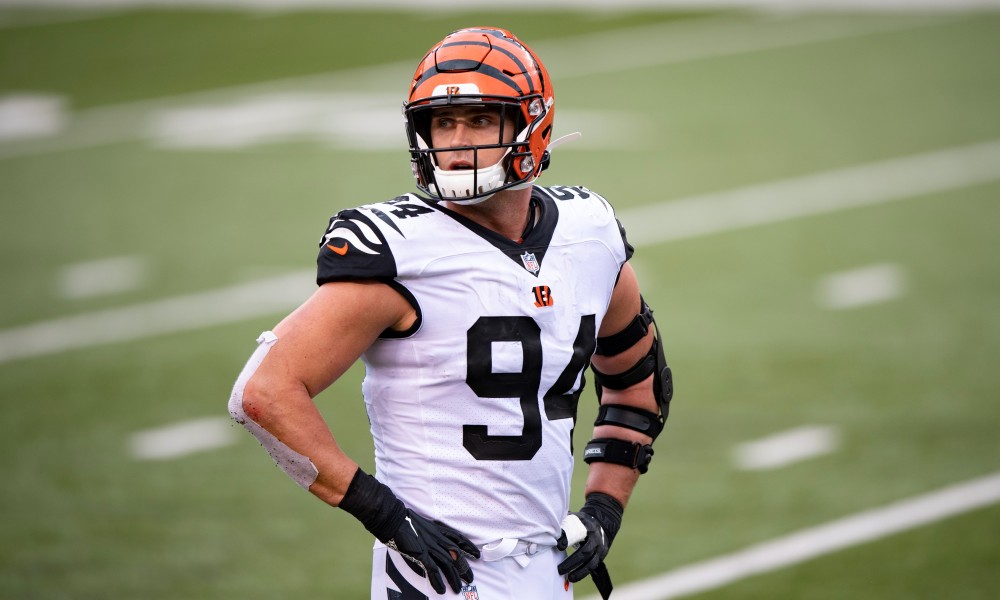 After the divisional round of this year’s NFL Playoffs, there remains a three in four chance that at least one player drafted out of Ohio State will be earning his first Super Bowl ring.

Of the teams competing in the AFC and NFC Championships next week, the Cincinnati Bengals, San Francisco 49ers and Philadelphia Eagles all have players within their organization who once wore scarlet and gray. The Bengals and 49ers feature them in prominent roles.

Six total former Buckeyes are in the hunt. That excludes Bengals quarterback Joe Burrow, who played at Ohio State for three seasons and graduated from the university before transferring to LSU for his final two collegiate years, winning a Heisman Trophy and national championship in 2019 en route to being the No. 1 pick in the 2020 NFL Draft.

San Francisco defensive end Nick Bosa remains the most prominent of the bunch. The NFL’s regular season sack leader recorded five total quarterback pressures in the team’s 19-12 win over the Dallas Cowboys in the divisional round. He picked up two tackles, one tackle for loss and a quarterback hit. He saw the field for 89 percent of the team’s defensive snaps, a personal season high.

Defensive end Sam Hubbard, Apple’s former teammate in Columbus and current one in Cincinnati, pressured Allen three times and made one tackle. Safety Vonn Bell and punter Drue Chrisman, who once pinned Buffalo inside its own 20-yard line in the fourth quarter, complete the team’s complement of starting former Ohio Staters.

Former OSU offensive tackle Isaiah Prince found his way onto the Bengals’ 53-man roster after a long stint on the team’s practice squad against the Bills, though he did not see the field.

Running back Trey Sermon of the Philadelphia Eagles is the final former Buckeye hoping his team wins a ring, though he hasn’t been active for the Eagles yet in the playoffs.