Kerry Coombs Will Not Return To Ohio State 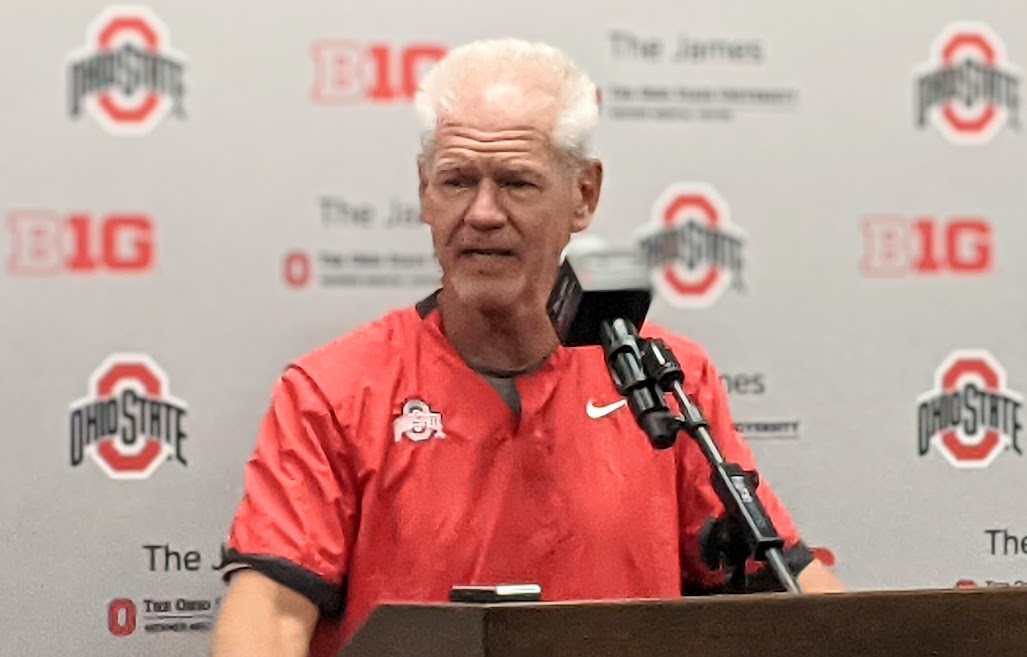 Ohio State defensive coordinator Kerry Coombs will not be returning to Columbus for the 2022-23 season. Hired for the role ahead of the 2020 season, Coombs had a tumultuous pair of years in running the Ohio State defense.

During his first season at the helm, Coombs never really had a chance to put his mark on the defense. The Buckeyes were without a spring camp because of the coronavirus and didn’t get to run through fall practice until October after the Big Ten season was initially canceled but eventually returned with a shortened schedule.

The Buckeyes competed in only five regular-season games and eight games across the season and struggled mightily on defense, allowing 25.8 points per game and 304.0 passing yards a contest, the latter of which was only good enough for No. 122 nationally, out of 127 competing FBS teams. The issues came to a head in Ohio State’s national title matchup with Alabama, when the Crimson Tide romped to a 52-24 victory behind 464 passing yards and five scores for quarterback Mac Jones.

However, because of the pandemic issues, Ohio State declined the opportunity to move on from Coombs following the season – despite the availability of former Buckeye linebacker Marcus Freeman, who was considered one of the hottest defensive coordinator options in the nation for his work under another former Buckeye, Luke Fickell, at Cincinnati. Freeman would instead take his work to Notre Dame, becoming the head coach in South Bend less than a year later.

To help bolster its now-sole DC following the retirement of Greg Mattison, Ohio State promoted special teams coach Matt Barnes to a secondary spot and put Coombs in charge of coordinating the defense exclusively, a role that he said he was thrilled about.

“I’m very excited about it,” Coombs said. “There’s still going to be so much carryover from the defense that’s been played here the last two years from style and scheme.

“I’m really excited about the transition. But I’m not evaporating from the secondary. I’m going to be around an awful lot with those kids, those kids that I have recruited and those kids that I have coached. That’s still going to be an area of expertise. But that’s also going to give us a great opportunity to move around and be involved with the other position groups and really focus on team defense and complementary defense and making sure that all of us are working hand in hand to produce the best result – which is to be the best in the country.”

But again, the Ohio native wasn’t able to produce as the Buckeyes needed him to. The Buckeyes opened the season by allowing 31 points to Minnesota, followed that with a 35-28 loss to Oregon and responded by pulling Coombs off of play-calling duties, passing those to Barnes. Day referred to Coombs as the defensive coordinator only days before the move but was not subtle about the need for change.

“Yes, he’s still the defensive coordinator,” Day said. “But we’re gonna look at everything, and we’re gonna keep working toward Tulsa and figure out how the staff is working together, how the scheme works together and then go from there.”

Despite a mid-season burst against Akron, Rutgers, Maryland, and Indiana, the move did not do enough for the OSU defense. The Buckeyes struggled to generate stops against Penn State, Nebraska, and Purdue in consecutive weeks, managed an incredible performance against Michigan State, and then dropped a shocker against Michigan, allowing the Wolverines to rush for nearly 300 yards in a 42-27 loss.

Now, ahead of a season-ending matchup against Utah, the second marriage between Coombs and Ohio State is coming to an end. The former cornerbacks coach and now former defensive coordinator could be heading to the NFL and the Buckeyes will be slotting in recently hired defensive coordinator Jim Knowles from Oklahoma State to his vacant position, along with adding former Cincinnati cornerbacks coach Perry Eliano and potentially Jaguars assistant Tim Walton into the secondary staff.