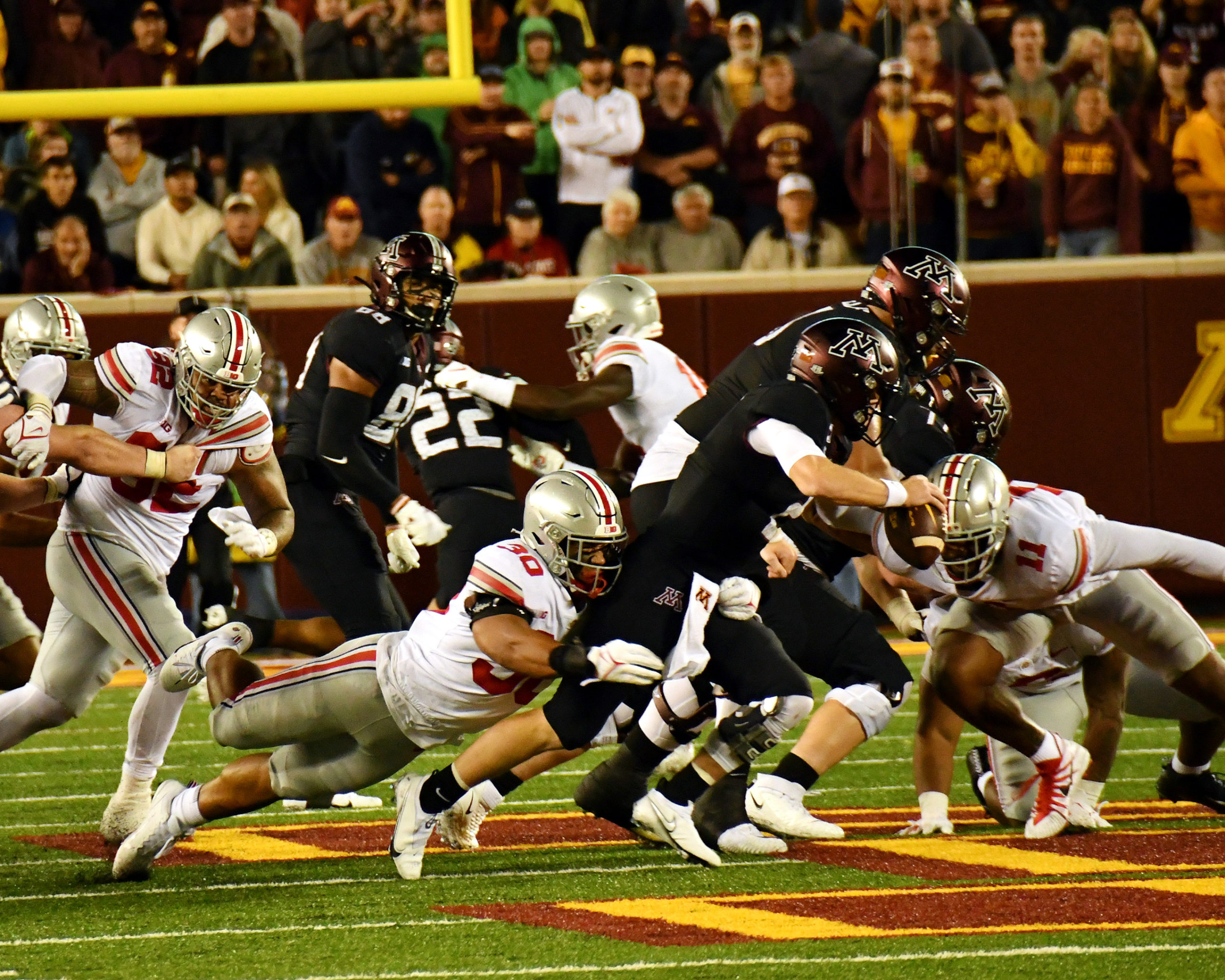 Ohio State trotted out 24 different Buckeyes to populate its 11 defensive slots throughout a 45-31 season-opening win over Minnesota on Sept. 2. For an early-season tune-up game, that number may be low, as the Buckeyes work to see what they have on the second- and third-team levels against an overpowered opponent.

This, however, was not that. The Buckeyes were seriously challenged by Minnesota in Minneapolis, pushed hard by a physical offense and held to just 10 points in the first half, not finding real security in a lead until the fourth quarterback when halfback TreVeyon Henderson slashed through the Gopher secondary and broke its back.

The defensive lineup did little to reflect that, though, especially in the first half. Without top cornerbacks Sevyn Banks or Cameron Brown, Ohio State had a real excuse for experimentation at the spot, but curiously enough, that was one of the tightest positions on the field – just four players saw snaps on the outside.

The real study was elsewhere, like linebacker, which saw five players contribute to a room that placed just two or three players on the field every play maximum; or defensive line, where coach Larry Johnson always deploys a large rotation.

“I think that after a game, self-evaluation is the first thing you do,” Coombs said. “What could you have done better? And we have a laundry list of things we need to do better and improve on. I would like to think that in critical moments, we handled some things really well.

“I would really like to compliment our staff because we got some looks and formations we had not seen and they did a phenomenal job of coming up with answers and communicating that with the players. Really, Larry (Johnson), Matt (Barnes) and Al (Washington) did a really, really good job with that.”

However, Ohio State also made clear that its intentions are not to always have a defense quite so flexible in its personnel. The Buckeyes will rotate, as they always do, but with Oregon on the docket Ohio State is hoping to cut down on its substitutions and key in on a solid starting group – and it’s hoping that the conditions in the Minnesota game that forced those substations will not repeat on Saturday.

“They would go from 11 personnel to like 13 with an extra tackle in the game. And so to make that big of a jump from 11 to 12 to 13, we wanted to match personnel in that game, because we felt like based on their style of play, that was really important,” head coach Ryan Day said. “And so kind of what you saw in that game, it looked like a New York sidewalk at times. Guys are coming in, guys are coming out. And I thought they could have given us a little bit more time to sub. It seemed a little rushed at times. But that was unique to that game.”

Any disagreements from Coombs, who was promoted to the lone-DC position in the spring? Certainly not right now.

“Well, first of all, he’s the head coach, so of course I agree with him,” Coombs said. “But I would tell you absolutely (that is the plan). We are still finding our way. We’re still figuring out exactly who are the best players and the best combinations are in situations. And so, the only way to do that is to get some game experience. And so, we played a lot of guys; guys who deserved to play.”