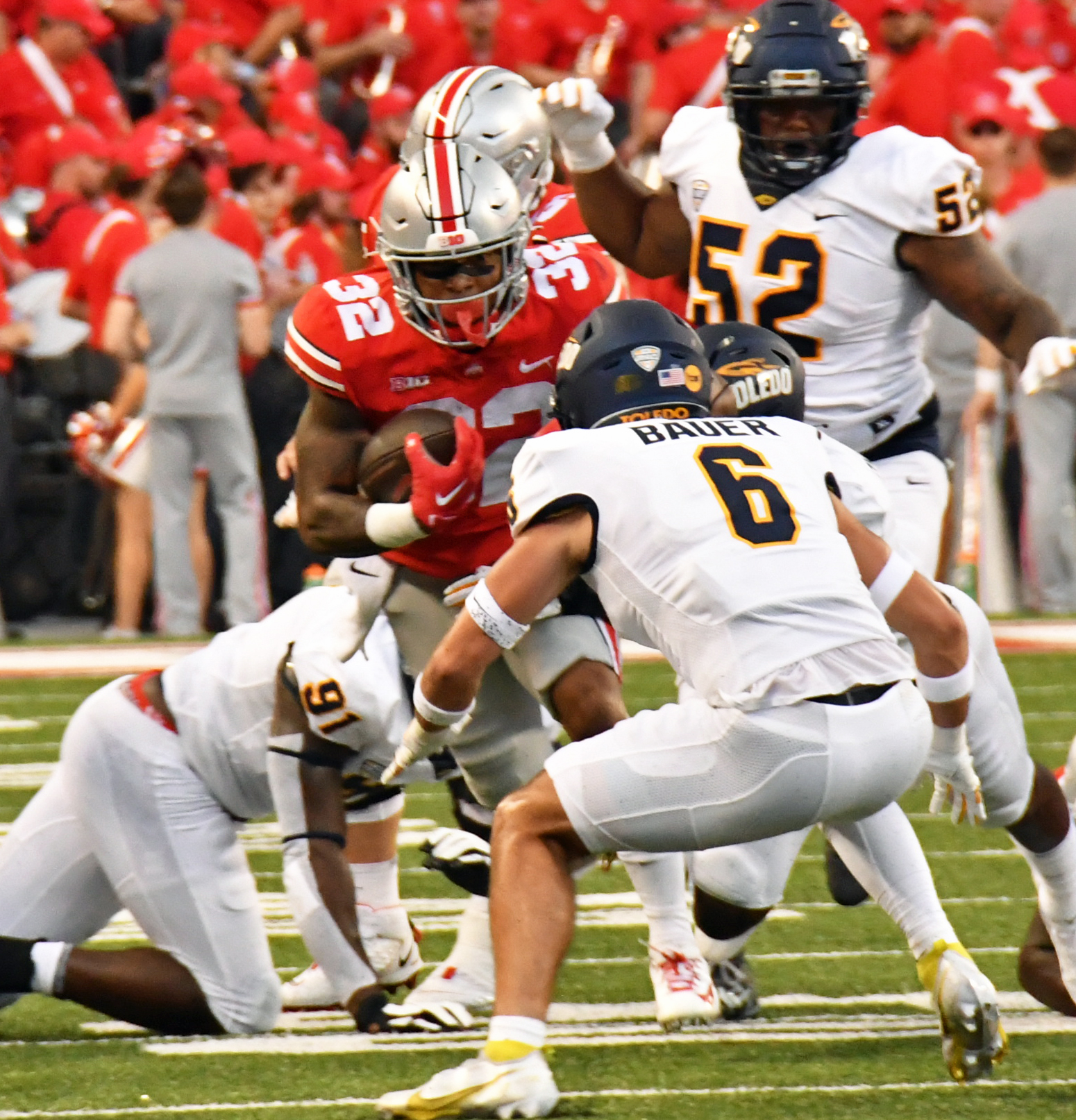 Henderson exited Ohio State’s win over Toledo following the Buckeyes’ first offensive drive in which he had a seven-yard touchdown run. He exited to the locker room and did not return, and was seen after the game wearing a walking boot on his left leg.

“It’s just a short-term thing,” Day said Tuesday when asked about Henderson’s status. “We expect to have him for Saturday.”

Day said after the game that the injury was a “new thing,” not related to any of the times Henderson was banged up last season.

Henderson’s return will be welcomed by Ohio State, as he averaged 83 yards per game against ig Ten opponents last season, though his absence was softened against the Rockets with the performance of Miyan Williams, who had 10 carries for 77 yards, as well as the breakout game for freshman Dallan Hayden, who led the Buckeyes with 108 yards on 17 carries, and scored a touchdown.

Ohio State also got a contribution from walk-on running back TC Caffey, who had a 49-yard touchdown for the final points of the Buckeyes’ 77-21 win.