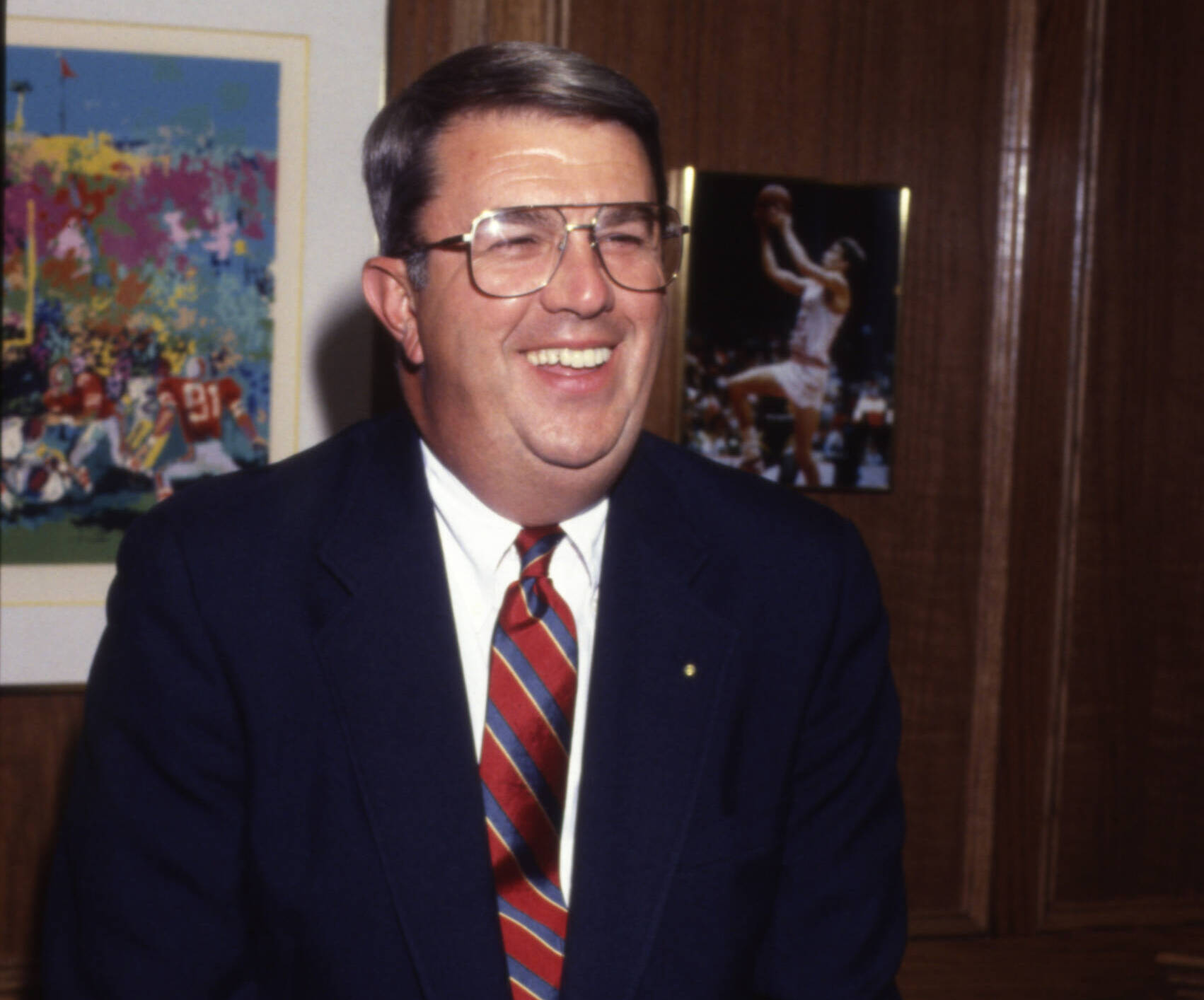 “Jim Jones had a significant and positive impact on my life,” current athletic director Gene Smith said in the press release. “I will miss him greatly. He had a commitment to diversity and made a tremendous contribution to the growth of Ohio State athletics.  Sheila and I share our condolences to Linda and his family.”

Along with being the program’s sixth athletic director in its history, he began his career at Ohio State as a physical education instructor in 1965 before moving to the athletic department staff in 1967. While there, he worked in academic advising, primarily with the football team, which at the time was coached by Woody Hayes.

In 2013, Jones was given the James J. Corbett Memorial Award, which is presented annually to an administrator who “through the years has most typified Corbett’s devotion to intercollegiate athletics and worked unceasingly for its betterment.” The press release calls the award “the highest honor one can achieve in collegiate athletics administration.”

Just two years ago, Varsity O, an Ohio State alumni organization, created the Jim Jones Award to “pay tribute and recognition to those Ohio State male letterwinners who, through their careers, contributed to the honor and fame of Ohio State University.”

In 2012, Jones and his wife, Linda, lost their son, Bill, who was an associate athletic director at the time, to a heart-related condition. Bill Jones was an Ohio State staff member for 14 years before his passing.