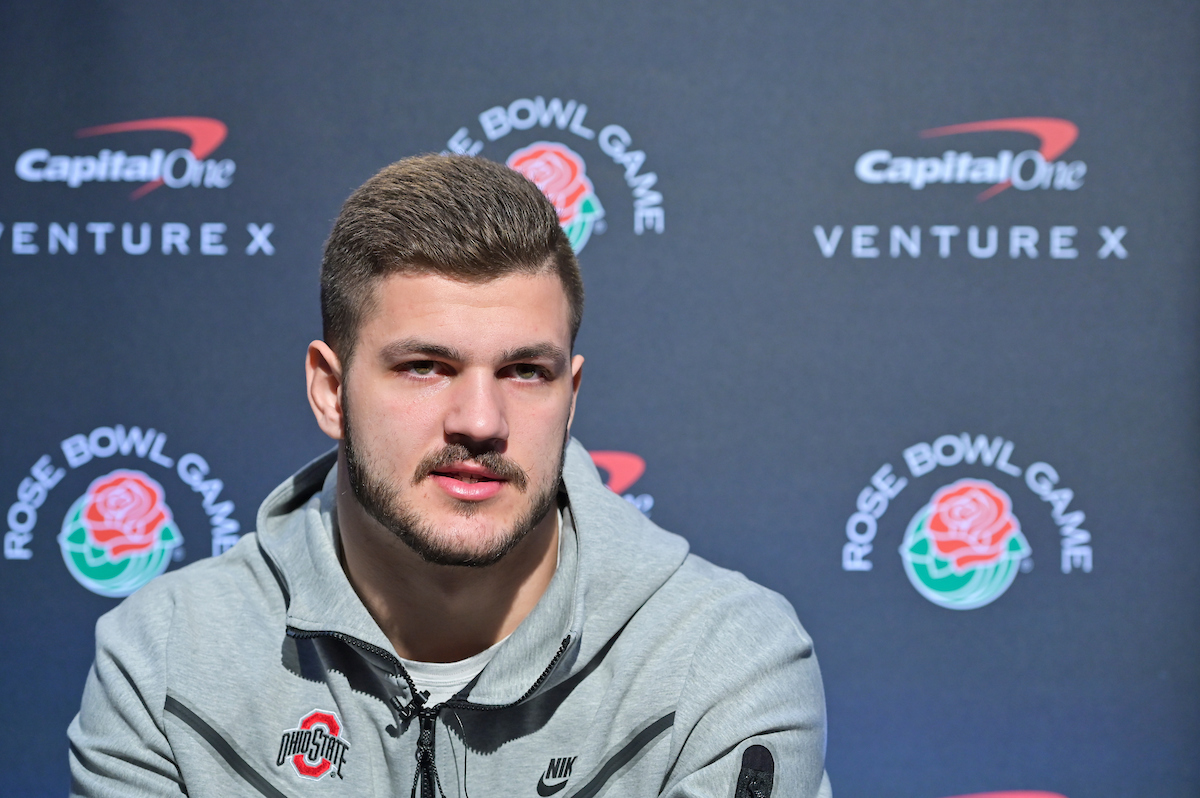 Ohio State tight end Jeremy Ruckert will be off to the NFL after this season, but before he can set his sights on training for the combine and prepping for interviews, he has one game left to play for the Buckeyes.

Ruckert has additional eligibility he could have used to return after this season, but after four years in Columbus, he’s projected to be one of the top tight ends off the board in the NFL Draft, so his decision is final as he prepares for the next chapter of his career.

“No, it’s crazy thinking about it,” he said. “But it’s good to have a little expectation of knowing it’s there and not really having to question, like, but no better way to go out than the Rose Bowl, with guys I’ve been here with my whole career. I’m excited about that and hopefully going out on a good note.”

Ruckert is joined by several Ohio State players that will enter the draft this year, including Chris Olave, Garrett Wilson, Nicholas Petit-Frere and Haskell Garrett, all of whom are sitting out of the Rose Bowl.

While Ruckert could have called it a career following Ohio State’s loss to Michigan, he didn’t want to leave on that note, though he supports his teammates that opted out.

“I’m in a different situation than those guys,” he said. “Obviously, it was a thought. But at the same time, I kind of knew at the bottom of my heart I wanted to go out the right way with these guys. I couldn’t just get up and leave.

“I totally respect those guys for what they decided,” he continued. “They’re in a different situation than all of us. Every situation is unique. But for me personally and the people I’ve been around since I’ve been here…it goes with who I am, and I’m excited to do it.”

Saturday will mark the last time Ruckert takes the field in scarlet and gray, and he believes there isn’t a better stage to do it on than the Rose Bowl.

“But like I said before, just looking back on my time here and all the work we’ve put in and how hard it was, it just makes you realize how blessed you are to be here and truly appreciate the time and this last game we’re about to play,” he said.