NFL Recap: How Did Buckeyes Around The League Do In Week 16? 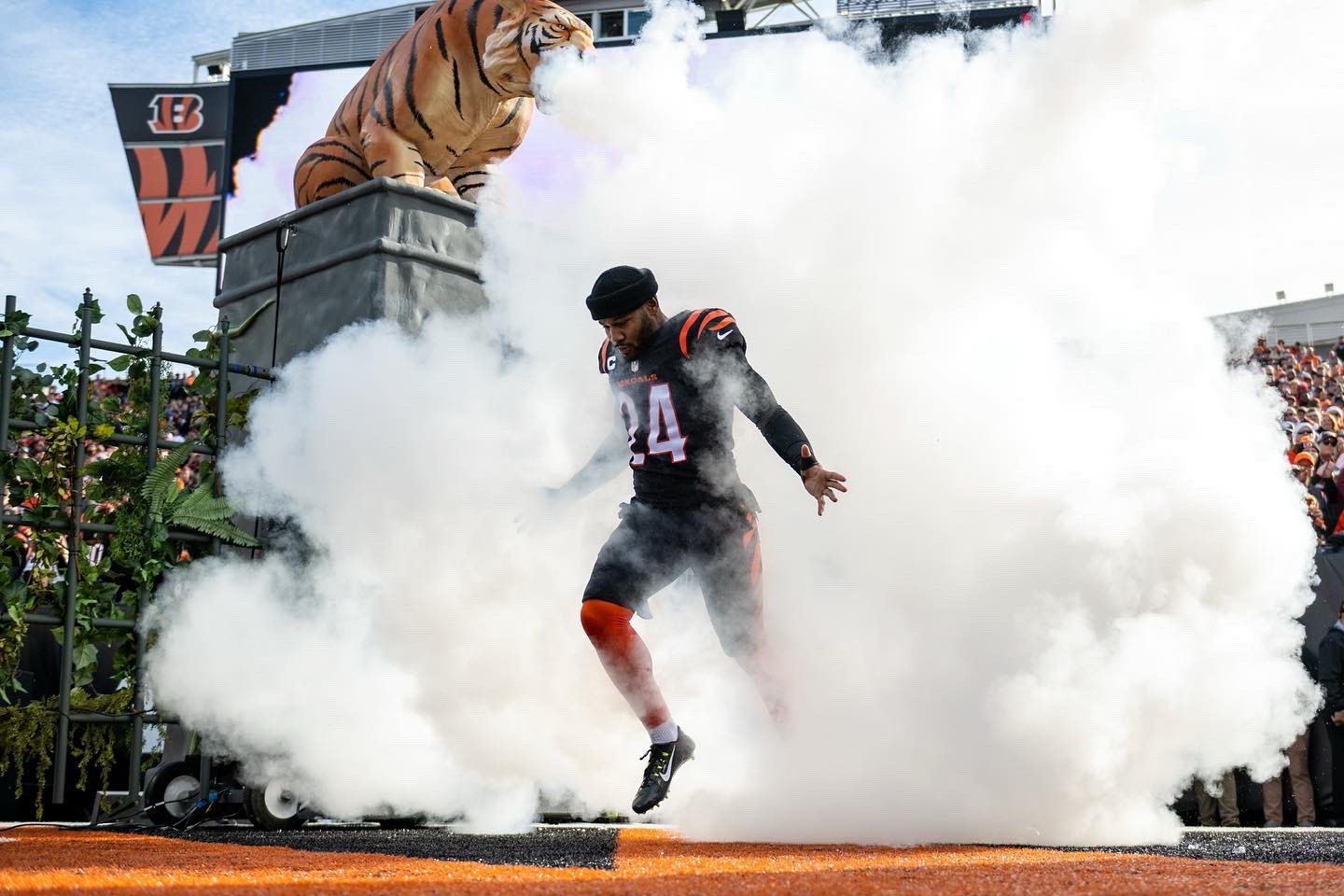 The Bengals blew out the Ravens 41-21 on Sunday behind a dominant performance from former Ohio State quarterback Joe Burrow, who threw for 525 yards and four touchdowns.

While Buckeye fans should not claim the success of Burrow as his actual breakout didn’t occur in a Buckeye uniform, he is still a former Ohio State player nonetheless.

Cincinnati’s defense took advantage of third-string quarterback Josh Johnson and limited the Baltimore offense to 334 total yards. Lamar Jackson missed the game because of an ankle injury, while Tyler Huntley was placed on the COVID-19 / Reserve list last week.

According to Pro Football Focus, Bell led the Bengals defense with an 88.9 rating and Apple ranked second with a 72.5 against the Ravens. Cincinnati is now first in the AFC North and can clinch the division with a victory over the Chiefs in Week 17.

Former Ohio State running back Ezekiel Elliott hadn’t recorded a multi-touchdown game in over a month, but that changed against the Football Team on NBC’s Sunday Night Football.

Elliott had nine carries for 37 yards and a touchdown while adding one catch for five yards and a score through the air. His snap count and touch rate continue to decline as running back Tony Pollard takes advantage of his opportunities. However, Elliott is still a franchise cornerstone and will continue to be the featured ball carrier until further notice.

Safety Malik Hooker recorded six tackles, one tackle for loss, an interception and a pass defended. He’s put together a strong 2021-22 campaign and looks like All-American talent scouts projected him to be when he entered the league.

I am breaking into first-person to explain my displeasure with the Cleveland Browns. It pains me to write about another heartbreaking loss, but multiple former Ohio State players played well, and I must write about them.

The Browns lost another crucial game to the Packers on Christmas Day, falling 24-22 to Aaron Rodgers and company. Still, former Ohio State defensive tackle Tommy Togiai had his best game as a rookie, recording a career-high five tackles, three more than his previous best, and defended his first pass.

Cornerback Denzel Ward had four tackles and two pass breakups in a tough matchup with Davante Adams, one of the NFL’s best wide receivers.

Ward is one of six Buckeyes named to the 2022 Pro Bowl, joining defensive ends Joey Bosa (Chargers) and Nick Bosa (49ers), defensive tackle Cameron Heyward (Steelers), center Corey Linsley (Chargers) and cornerback Marshon Lattimore (Saints). He will also be in contention for one of four All-Pro spots at the end of the year.