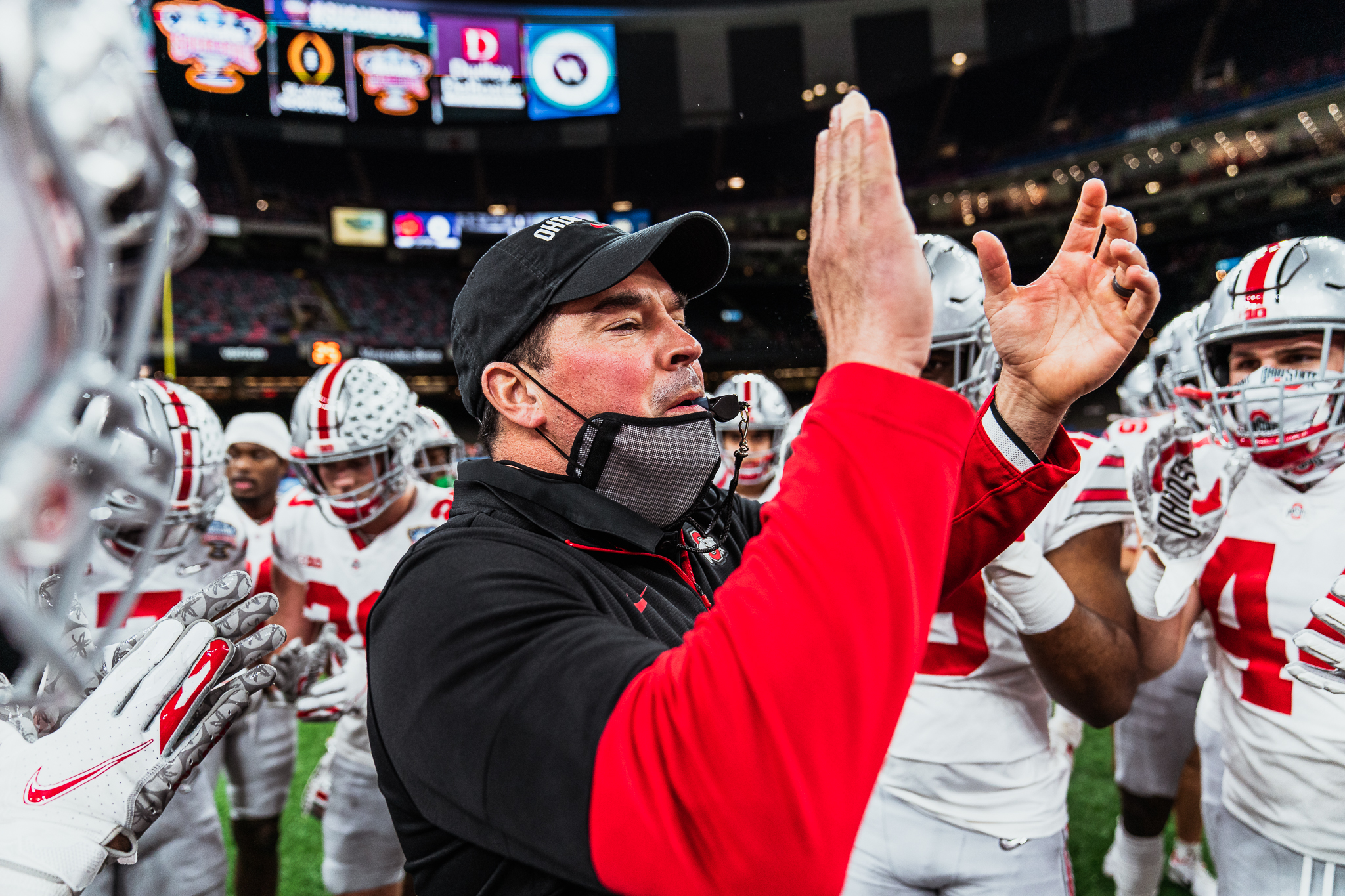 This is a story from the Sept. 1 print edition of Buckeye Sports Bulletin. For four free issues of the print edition, no card required, sign up at the link here: http://www.buckeyesports.com/subscribe-4issue-trial/

For the second straight year, Buckeye Sports Bulletin reached out to various members throughout the Ohio State beat to get a feel for what they are expecting heading into the season. In total, including five BSB members, 36 people’s responses were counted in the poll.

Also, it should be made clear that this is originally based on an idea from Scott Bell, who does this with the Michigan beat. Read his story about the Michigan poll from this year here.

Ohio State’s Regular Season Record: While all but Buckeye Scoop’s Tom Orr picked Ohio State to go undefeated in 2020, it is more split this time around. But, nearly two-thirds (23 of 36) are still expecting the Buckeyes to go 12-0 heading into the Big Ten championship.

Who Is The Loss: Of the 13 beat writers predicting a loss, five straight up predicted it to come in Ohio State’s second game of the season against Oregon. One other, Lori Schmidt of the Columbus Dispatch, predicted it be one of either Oregon or Minnesota, giving the Ducks 5.5 votes. Indiana, a team that has not beaten Ohio State since 1988, was next highest. The unsure category is for three writers who said they predict a loss, more so by odds and less so because of a specific team on the schedule.

Two pretty straight forward ones. Every beat writer predicts Ohio State, loss or not, to both win the Big Ten and to make the College Football Playoff for the third straight time under Ryan Day.

Ohio State’s Playoff Rank: One of my favorites on here, simply because I find it fascinating that not one beat writer selected Ohio State to be first overall, even if that Buckeyes team is a 13-0 Big Ten champion.

National Champion: One of the most divisive questions on the list, not one answer for who will be the national champion got even 30 percent of the vote. And yet, only five teams were named, showing the level of both parity and the opposite of parity existing in college football at this time. Alabama narrowly led the pack with 10 votes, while seven think that the Buckeyes can pull it off this season with a new quarterback. Speaking of quarterback…

Who Is Starting At The End Of 2021 / Is He The Same Starter For 2022: The goal of these questions was to really ask one thing: What is the expectation for how firm of a grasp C.J. Stroud has on the starting job, something made extremely difficult because he’s never thrown a collegiate pass. Only Cleveland.com’s Doug Lesmerises and BSB’s Craig Merz predicted Stroud loses the job by the end of this season, while eight pollsters think that the quarterback will change in the offseason.

Leading Rusher: A pretty split vote here, and still half of those polled believe that true freshman TreVeyon Henderson will lead Ohio State’s rushing categories in 2021. The other half of the vote primarily went to Miyan Williams, who flashed in spurts last season and has been getting reps with the first team in fall camp. The main incumbent, Master Teague, earned just six votes.

Leading Receiver: I guess when you have two of the top wide receivers in the country, this can become a difficult question. Chris Olave just narrowly edged out Garrett Wilson in the vote 19.5 to 16.5. The half points came from Buckeye Scoop’s Tony Gerdeman, who has Wilson leading in catches and Olave leading in yards.

No. 3 Receiver: After Olave and Wilson it gets more interesting, but only slightly. Jaxon Smith-Njigba, who is expected to replace Wilson in the slot as he moves outside, is the runaway favorite, but there are a handful of options after him as upset picks. A pair of freshmen wide outs, a former five-star receiver and a veteran tight end make for a pretty start-studded group to challenge Smith-Njigba this season.

Sack Leader: A decently close battle here, with Zach Harrison leading the bunch with more than half of the vote. Harrison is a former five-star heading into his junior year, and the last Ohio State defensive end to do that had a pretty good year and went No. 2 overall in the draft, so the expectations may be high. Senior Tyreke Smith is not too far behind with a third of the vote, while true freshman Jack Sawyer picked up three votes. Lettermen Row’s Austin Ward gave one to the dark horse of the group: Javontae Jean-Baptiste.

Interception Leader: If any question was truly anyone’s guess, it is this one. Eight different defensive backs were named, though three of the more veteran members rose to the top. Josh Proctor, Sevyn Banks and Cam Brown are expected to be the key cogs in the defensive backfield and earned 30 of the 36 votes, with Proctor holding a slight advantage. Of the ones toward the back end, BSB’s own Patrick Mayhorn gave his vote to Demario McCall, a former running back/wide receiver turned corner this offseason.

Breakout Freshman: Once again, eight names were listed, but this time the two favorites were clear. Both Sawyer and Henderson come in as five-stars, both were early enrollees and both could battle for some major reps in their first season with the team. There are names all over the field past them, including at punter with Jesse Mirco, as selected by the Toledo Blade’s Kyle Rowland.

Pass Defense Ranking: Finally, Ohio State’s much talked about pass defense. After finishing rank No. 122 in 2020 in pass yards allowed, defensive coordinator Kerry Coombs is expected to make big improvements this year, according to the beat. The average ranking from the writers was 45.9, and the No. 46 pass defense last year, Fresno State, allowed 217.7 yards per game. That would be 86.3 yards per game less than in 2020. Two writers, Lettermen Row’s Ward and Spencer Holbrook, both had the Buckeyes making a complete turnaround with a top 10 pass defense. On the other end, Mayhorn is not sold, ranking the projected pass defense the lowest at No. 115.

Here is the full list of responses from the beat: