Jaxon Smith-Njigba, Cam Brown Out Against Wisconsin; Eight Others Unavailable 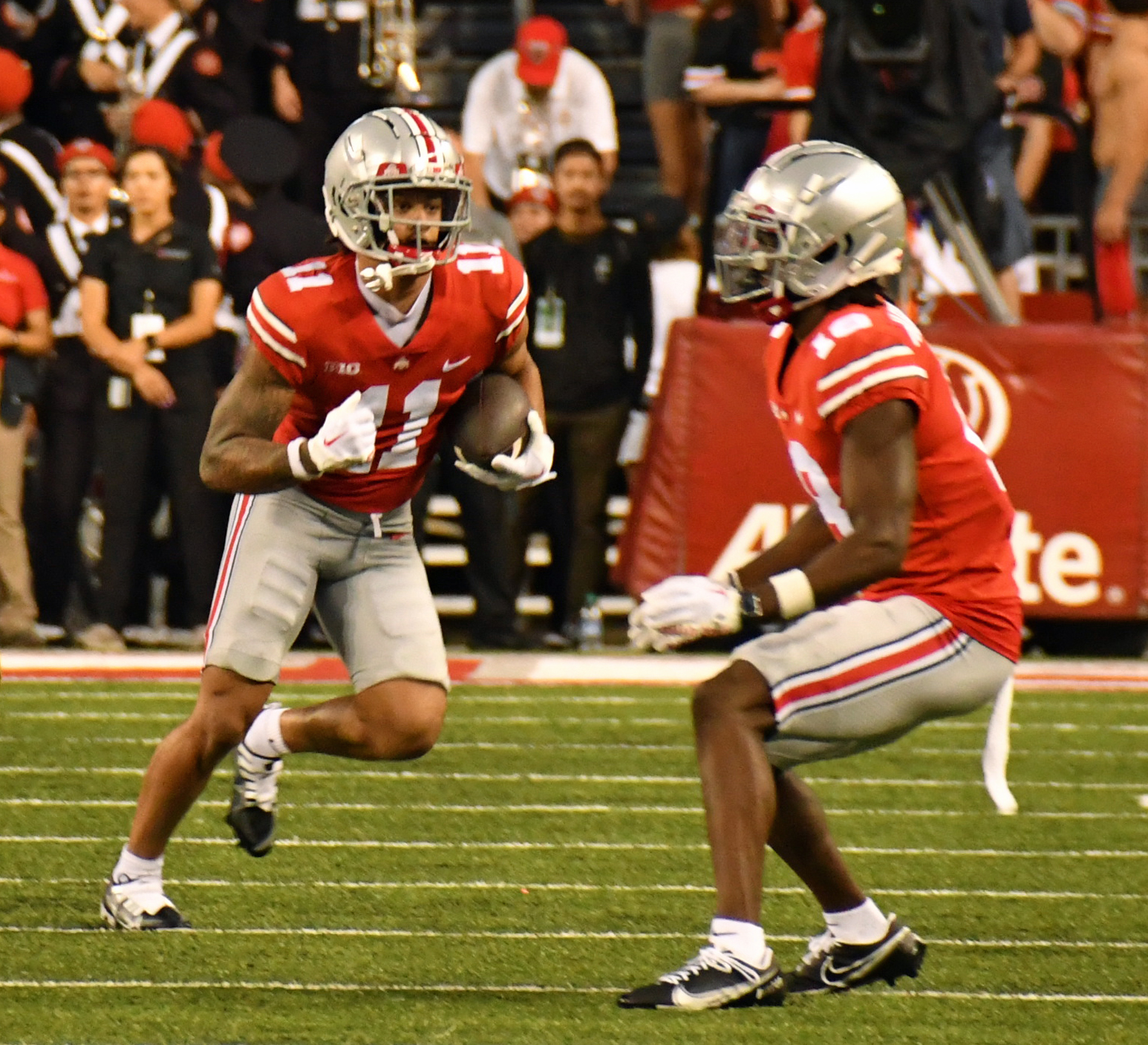 Ohio State will be without 10 players against Wisconsin, with cornerback Cameron Brown and wide receiver Jaxon Smith-Njigba among the most notable unavailable Buckeyes.

Smith-Njigba returned last week against Toledo but played only in the first half, and so far has just four receptions on the year for 36 yards. Brown had been healthy so far this season but exited in the first half against the Rockets and did not return.

In addition to Brown and Smith-Njigba, the Buckeyes will be without defensive end Omari Abor, cornerback Jordan Hancock, wide receiver Kamryn Babb, tight end Joe Royer and linebacker Teradja Mitchell. Hancock has yet to play this season, further hampering Ohio State’s depth at cornerback. With both Brown and Hancock out, expect JK Johnson to get his first career start.

Defensive tackle Zach Prater is also out, and running back Evan Pryor and linebacker Mitchell Melton remain out after suffering season-ending injuries. No Buckeyes are game-time decisions.