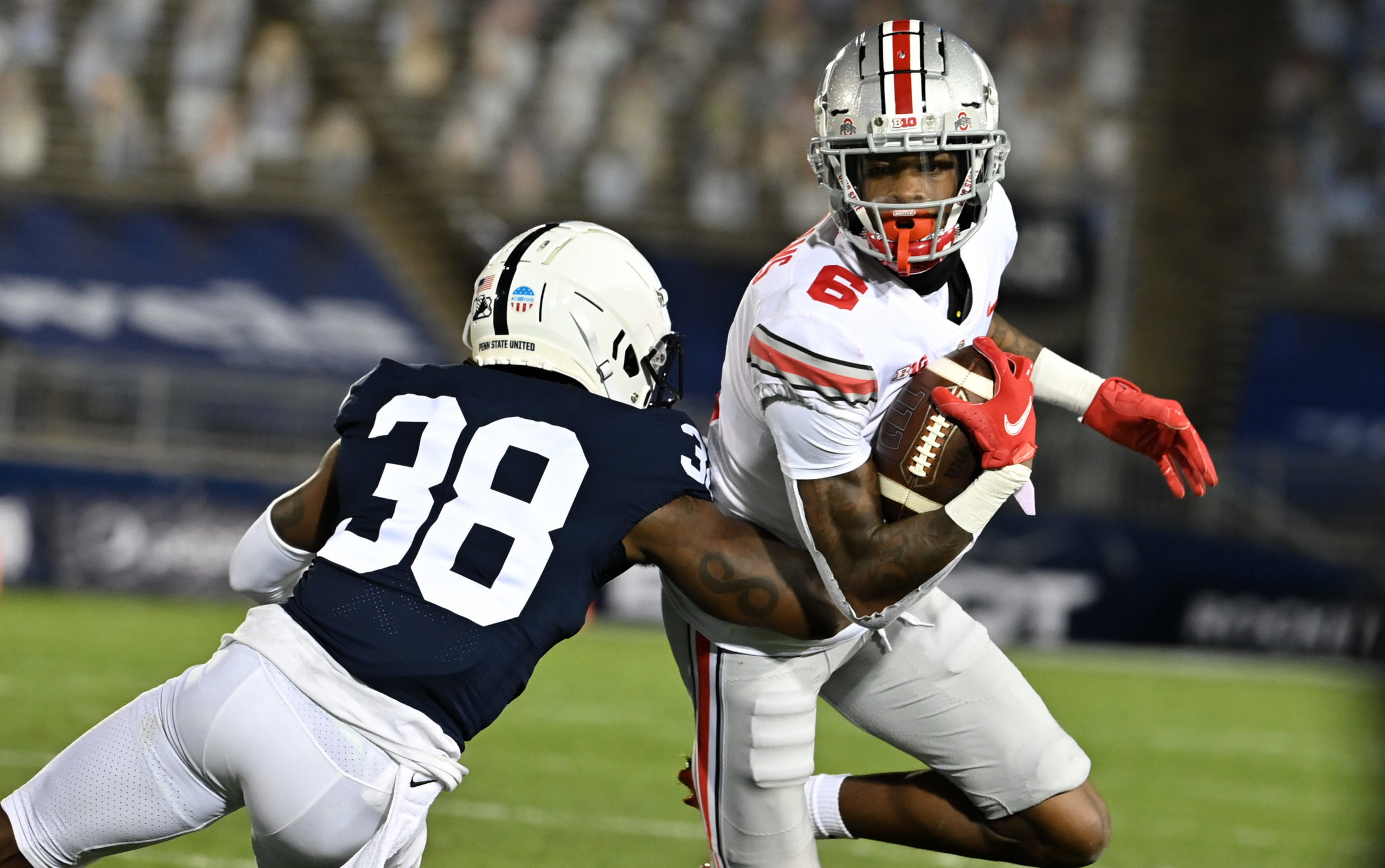 Former Ohio State wide receiver Jameson Williams has spoken for the first time since transferring to Alabama, telling recruiting analyst Andrew Bone that he left the Buckeyes because, “I wasn’t certain of my role in the offense. The receiver room got crowded. I just decided I needed a fresh start.”

Ohio State returned both their top receivers from 2020 in Chris Olave and Garrett Wilson, while Alabama lost Jaylen Waddle (No. 6 to the Miami Dolphins) and Devonta Smith (No. 10 to the Philadelphia Eagles) to the NFL Draft when both went in the first round on April 29.

On top of which, Alabama was actually a finalist to land the 6-2, 185-pound Williams when he graduated high school, taking four visits there during his recruitment. That gave them an added advantage when he entered the transfer portal – not that the Crimson Tide needed it.

“As soon as Bama hit me up, I was like damn is this for real? I now had a chance to play at Bama. I let other schools recruit me. I wanted to give them a chance, but Alabama was the best place for me at the end of the day,” said Williams. “I can’t even say if there was a close second.”

Something else that Williams said influenced his decision was what he saw from Alabama in January’s national championship game in which the Buckeyes fell to the Crimson Tide 52-24.

Both quarterbacks from that game have moved on to the pros with Ohio State’s Justin Fields drafted No. 11 by the Chicago Bears and former Alabama signal caller Mac Jones selected No. 15 by the New England Patriots.

“Bryce (Young) is real tough. I remember talking to Garrett Wilson about him. Garrett was saying how good of a quarterback he was. I know he is really good and look forward to working with him.”

Williams is expected to report to Alabama May 24, but told Bone that he may go down a week earlier to adjust to life on campus.

During his time with OSU, Williams had 15 catches for 266 yards and three touchdowns.