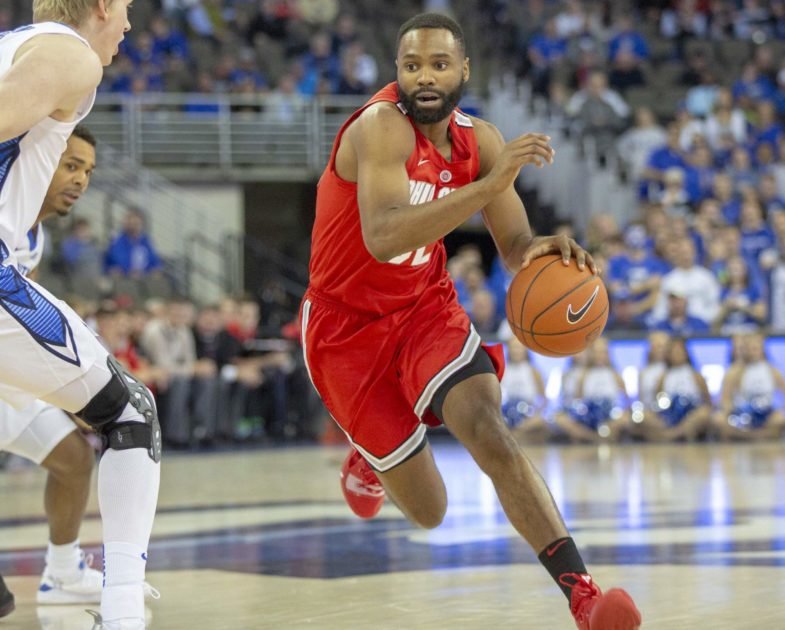 Carmen’s Crew, The Basketball Team’s lineup of Ohio State alumni, announced a trio of former Buckeyes would be joining the roster in Shannon Scott, Kaleb Wesson and Keyshawn Woods.

Currently, Scott plays for the Long Island Nets in the G League, as he has for the past three seasons. In 2020-21, he played 15 games and averaged 4.3 points and 4.4 assists.

Wesson played 96 games for the Buckeyes across three seasons, most recently in 2019-20, when he finished with 14.0 points and 9.3 rebounds per game. He was always a strong shooter with the team, finishing with a 49.5 percent shooting rate, but his three-point shooting dramatically improved in his final year, where he hit 45 shots from deep on 106 attempts (42.5 percent).

This year, Wesson was with the G League’s Santa Cruz Warriors. There he averaged 11.7 points and 9.9 rebounds per game across 11 contests, averaging 26.8 minutes in those games.

Finally, Woods had tenures at Charlotte, Wake Forest and Ohio State across his four collegiate seasons, totaling 128 games and 45 starts. Of those, 35 games and 15 starts were with the Buckeyes, where he averaged 8.1 points, 3.1 rebounds and 2.5 assists per game.

Woods’ peak came in a three-game stretch toward the end of Ohio State’s season. Two of those games were in the Big Ten tournament, and the other was in the NCAA tournament opening round against Iowa State. Woods had 18, 16 and 19 points in those games respectively, helping the Buckeyes to an upset win over the Cyclones in the process.

The additions give Carmen’s Crew seven players on the current roster, with more to come, according to the team’s Twitter account.

Along with the roster, the team is led by head coach Jared Sullinger and assistant coach Evan Turner. After winning TBT in 2019, Carmen’s Crew was a top seed in 2020, but was upset by House of ‘Paign, the Illinois alumni team, 76-68 in Carmen’s Crew’s first game of the tournament.