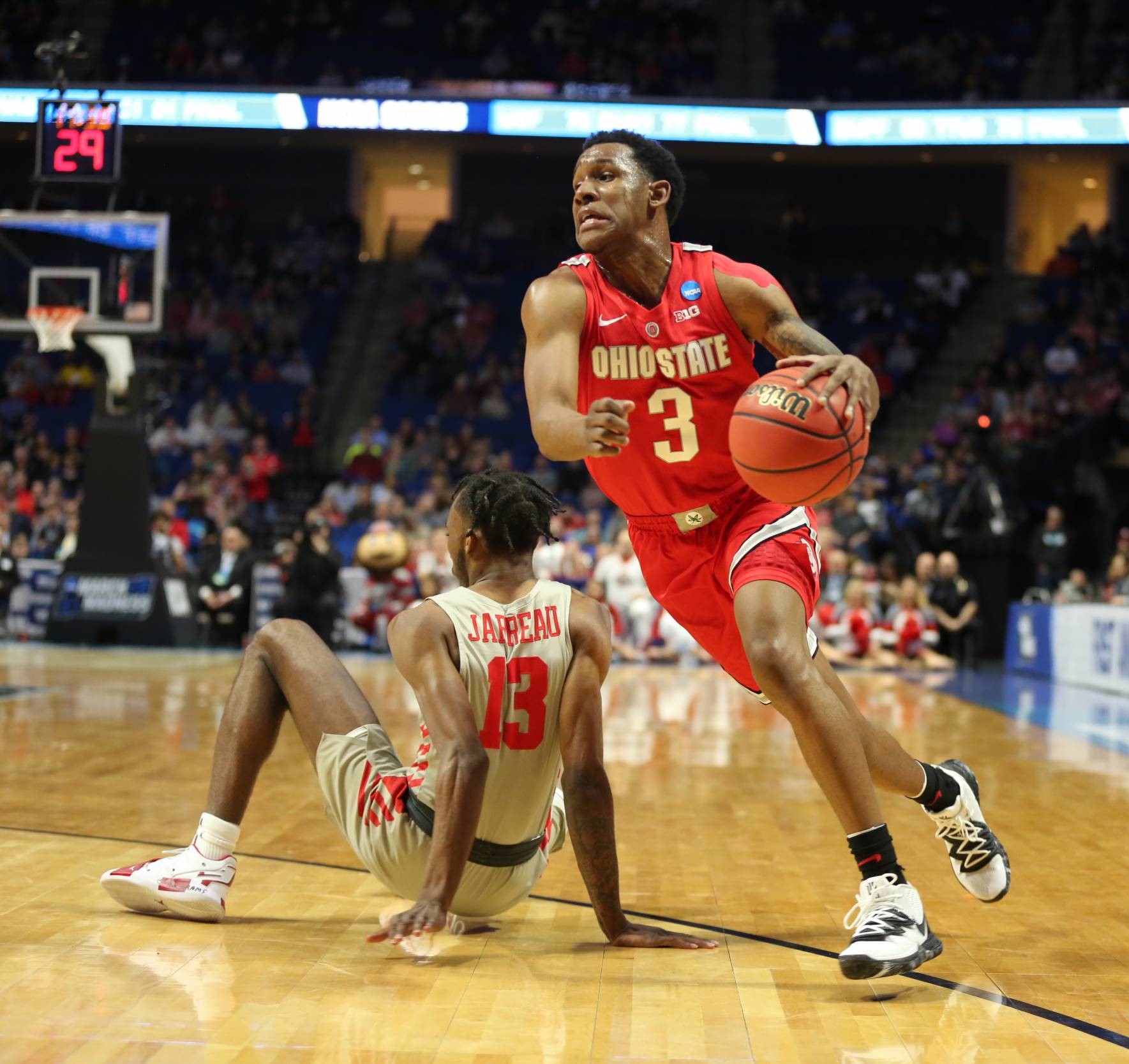 TULSA, Okla. — The season ended for Ohio State with a 74-59 loss to Houston in the second round of the NCAA Tournament Midwest Regional at BOK Center in Tulsa, Okla., on Sunday.

Sophomore Kaleb Wesson added 15. The center attempted seven shots, six of them were three-pointers, making two. He had three shots in the second half.

Houston advanced to the sweet 16 for the first time since 1984 and will play second-seed Kentucky on Friday in Kansas City.

The Buckeyes lost in the second round to Gonzaga last season.

Corey Davis had 21 points and Galen Robinson 13 for the Cougars.

OSU went more than eight minutes without a field goal until Kaleb Wesson scored with 3:27 left to make it 64-55. He was fouled on the play but missed the free throw.

The Buckeyes had beaten the Cougars all four previous times, including the 1968 Final Four third-place game.

Ohio State beat sixth-seed Iowa State 62-59 on Friday in the first round.

Even though there were more Houston fans than for the Buckeyes, the 17,996-seat building was barely two-thirds filled. The game looked like an intra-squad matchup with the Buckeyes in scarlet  and the home team Cougars in gray with red trim.

The Cougars controlled much of the first half to lead by eight at the break.

The rebounds were even at 14 but Houston, known for its up-tempo pace, won the battle inside by outscoring OSU 20-2 in the paint. The Cougars also had just two turnovers; OSU had eight.

Houston’s speed was evident in the first five minutes. The Cougars got their first four points off a steal and Robinson made it 9-5 when he grabbed a rebound and, as the Buckeyes headed up court with their backs to him, he sped by for a layup.

Kaleb Wesson hit consecutive three-pointers for an 11-9 OSU lead before Davis ran off eight straight points for the Cougars’17-11 advantage. The run was stopped by Jackson’s trey to give the senior 1,001 career points. The Buckeyes finally regained the lead, 21-19, on an Andre Wesson triple at the 10:25 mark.

Kaleb Wesson went to the bench with 5:44 left in the half because of an off-the-ball foul, his second personal. The Buckeyes trailed 27-25 at the time.

In a similar situation against Iowa State, the score was tied at 20 when Wesson exited and the Buckeyes took a 26-24 lead into halftime.

Wesson returned with 2:52 left in the half and the Buckeyes down 37-28. He went to the bench 40 seconds later with no scoring change.

Woods and Houston’s DeJon Jarreau were issued technicals for a dust-up at the buzzer that had both teams gathering on the floor.