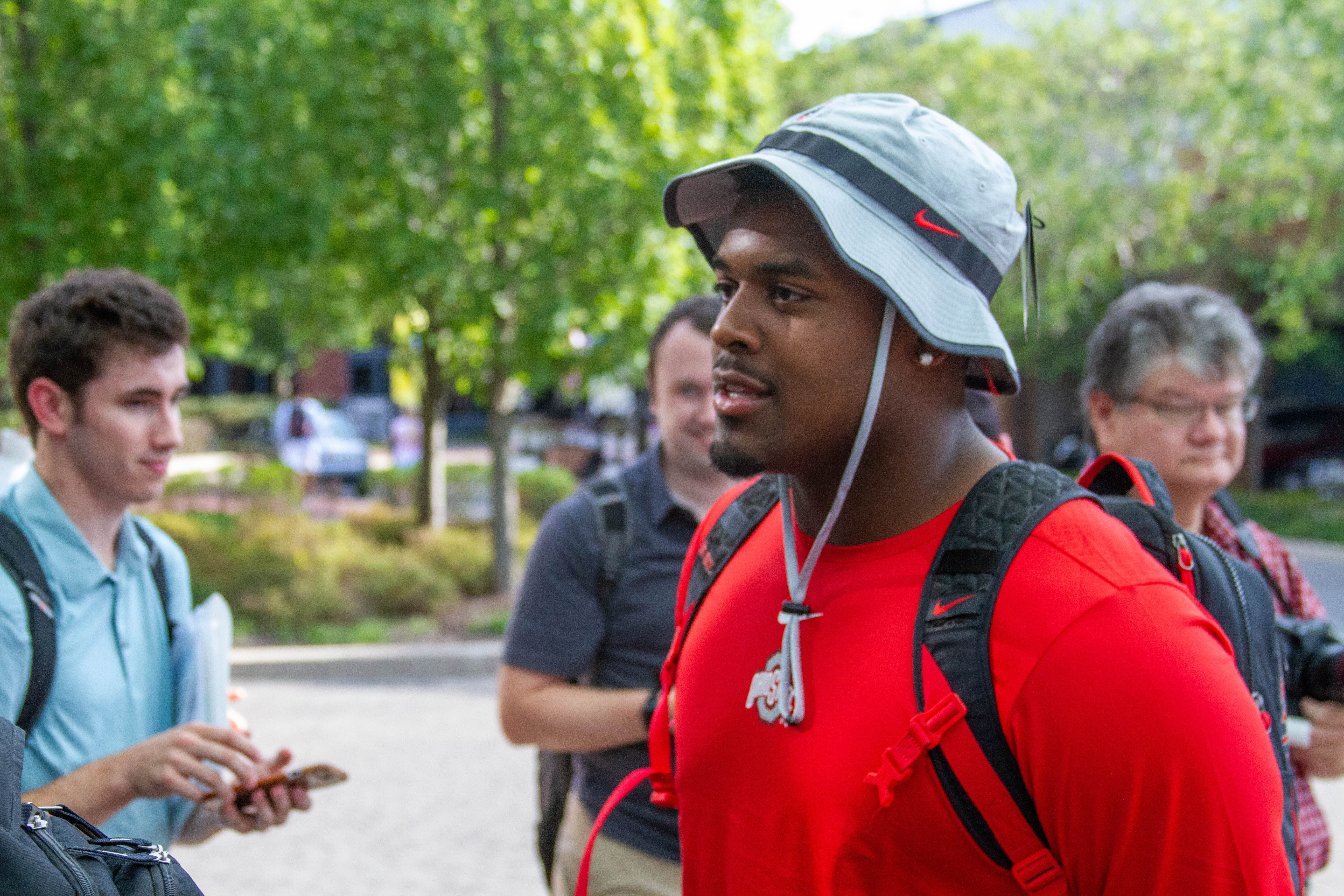 This is part of a story from the latest print edition of Buckeye Sports Bulletin. For four free issues of the print edition, no card required, sign up at the link here: http://www.buckeyesports.com/subscribe-4issue-trial/

Taron Vincent came to Columbus as one of the most highly touted prospects in the country in 2018, but the former five-star defensive tackle has not enjoyed as much success as expected through his first three seasons.

As a true freshman in 2018, Vincent earned his way into the rotation of a talented group of defensive tackles that included Dre’Mont Jones, DaVon Hamilton, Haskell Garrett, Jashon Cornell, Antwuan Jackson and fellow freshman Tommy Togiai.

Despite all the elite players ahead of him on the depth chart, Vincent flashed toward the end of the season. In the 2018 Big Ten Championship Game, Vincent broke through the Wildcat front and took down Northwestern quarterback Clayton Thorson for a sack and a loss of 10 yards.

Making a big-time play with the Big Ten title on the line demonstrated the impact Vincent can have, which was part of what made him such an attractive recruit. Jones was the only defensive tackle who went on to the NFL following the season, and Vincent seemed poised to step up in his absence.

However, Vincent’s sophomore season ended before it began due to a torn labrum, which forced him to take a redshirt and miss the 2019 campaign. The setback was tough for the talented defensive tackle, but discussing it with his father, Troy, who was a five-time Pro Bowl cornerback with the Philadelphia Eagles, helped give him perspective.

“Injuries are a part of the game,” Vincent said. “I struggled with it at first, but I talked to my dad. And he was just telling me, ‘Man, it’s football. Injuries come with the sport. This is what you signed up for.’ Once I had that conversation, I really just realized, ‘You’ve just got to get healthy. Once you get healthy, you know what you can do.’ ”

Vincent was eager to return to his team in 2020, but the COVID-19 pandemic shut down all sports activities at colleges across the country, hindering his rehab.

“I wasn’t really able to get the full amount of treatment that I possibly needed,” Vincent said. “We were shut down and stuff, so I wasn’t in the facility. That was just a little struggle with everything. It kind of delayed everything. So when we got back, I was kind of behind a little bit.”

After missing the entire 2019 season, Vincent was poised to prove why he was the No. 1 defensive tackle and No. 20 overall recruit in the 2018 class. However, he had been away from the field for a long time, and his rehab had been interrupted by circumstances outside of his control.

“With the injury and being out of football for a long time, then the pandemic hit, and he couldn’t practice,” said defensive line coach Larry Johnson. “You don’t just jump back in and get to the same level you were when you got here. That’s why we’ve done a great job of developing him and getting his skill set back to where it needs to be. Being out of football for a year, it’s tough for anybody to come back and be ready to go. “But I think the potential is there, no doubt about that. Now it’s just about getting him ready to have the opportunity to go play in a game and play some live football. We’re working really hard to make sure that happens.”

Now a veteran, the soft-spoken Vincent is solely focused on being the best he can be to make sure he does not feel like he is letting down his team again.

“I feel stronger, faster, just more explosive off the ball and stuff like that. I can just feel it physically,” Vincent said. “And the game is kind of slowing down now. I’m older now. I can see stuff happening before it happens.”