‘He Left A Legacy:’ Day Speaks After Tragic Loss Of Former Quarterback Haskins 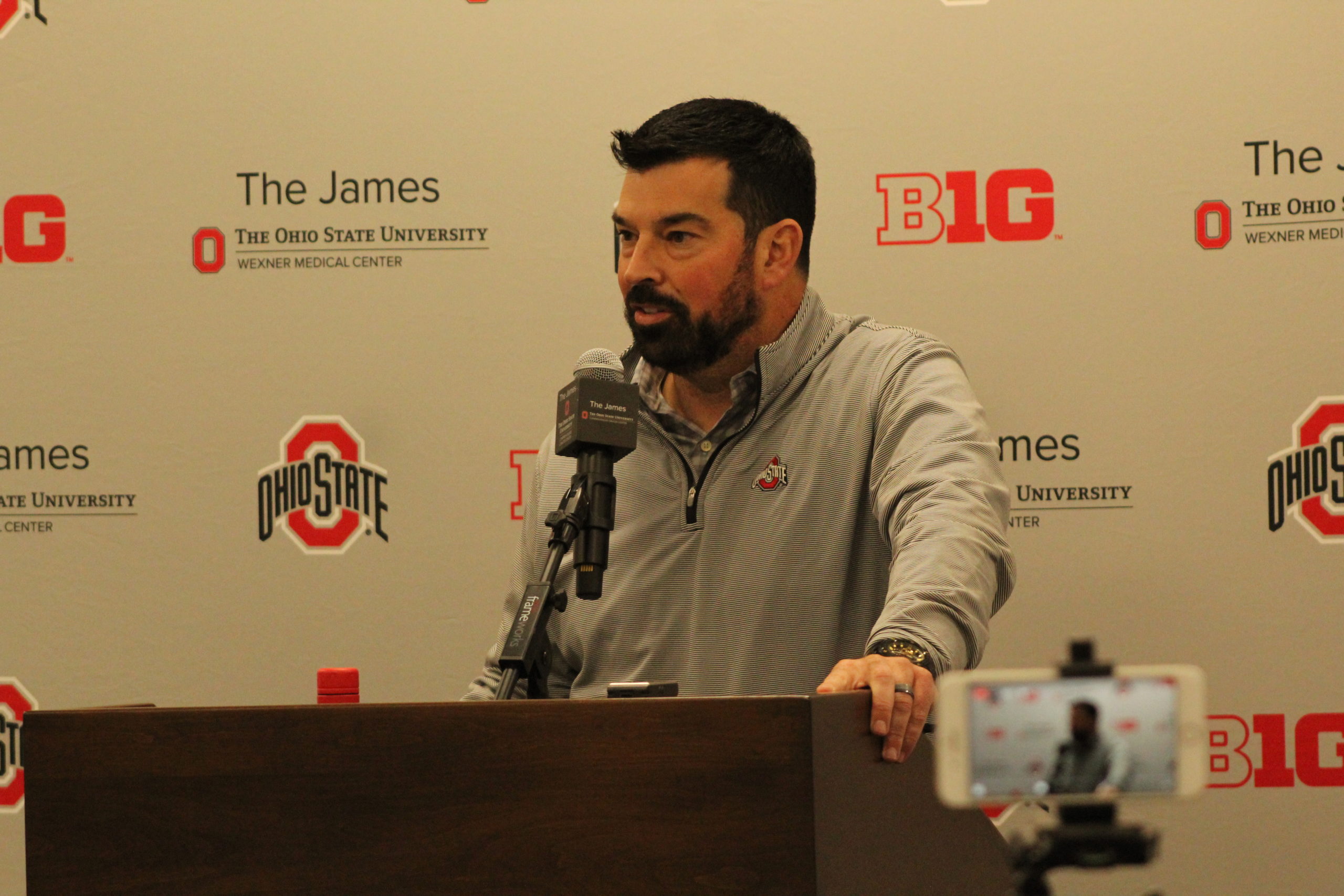 Ohio State head coach Ryan Day met with gathered reporters on Monday to reflect on the legacy left behind by former Buckeye quarterback Dwayne Haskins, who died in a tragic car accident on Saturday morning in Ft. Lauderdale, Fla.

“He meant a lot to my family and this program, and he will be sorely missed,” Day said. “Being so close to Saturday morning right now, it’s still hard to kind of get our feet underneath us and see clearly right now, but we are all hurting.”

Day said he first learned of Haskins’ death in Massillon, Ohio, watching his son, RJ, participate in an Elite 11 Regional. He admitted that it became hard for him to explain the manner of Haskins’ death to his son. The elder Day, Haskins’ quarterbacks coach and offensive coordinator in his final two seasons as a Buckeye, struggled to process the tragedy then, and the same applied on Monday.

“When we were driving back and trying to wrap our minds around it, I didn’t have anything good to tell him,” Day said. “I couldn’t quite understand what to think of it all. Just very confusing and sad. But it makes you hug your loved ones a little bit more, and you understand how fragile life is. But something like this, it’s difficult to explain.”

Haskins left Ohio State for the NFL Draft after the 2018 season, meaning most of the Buckeyes’ current roster didn’t play with him during his three-year career. However, several student-athletes on the team received that opportunity, including fifth-year senior wide receiver Kam Babb, who led a team prayer after Haskins’ untimely death. Other Buckeyes, like third-year quarterback C.J. Stroud, built a relationship with Haskins before their Ohio State career started.

Whatever the circumstances, Day said he feels encouraged by his coaching staff and players for how they’ve relied on each other to make it through a difficult time in the program.

“When you’re part of a family, that’s what you do, and that’s about all you can do. There’s nothing you can do to make it better at this point,” Day said. “We’re going to lean on each other as best we can. There’s no real blueprint for things like this.

“What you can’t do is try to do something or say something you think’s going to make it all better. It’s not going to happen. You have to go through the process.”

Day revealed the team would honor Haskins during Ohio State’s spring game. He said the program would also commemorate the late quarterback throughout the 2022 season, but they are still deciding what that would look like.

“In today’s day and age, things happen so fast. We’re just trying to digest it all. I have a list of things that I’ve written down. Some are probably too big, and some maybe are not big enough. We’ll keep talking about it this week,” Day said. “We’re going to do something on Saturday to recognize him in some sort of a tribute, which I think is very, very appropriate. Especially with Buckeye Nation all being together.

Day said he’s communicated with Haskins’ immediate family before the April 16 spring game. He wants to ensure them that the Ohio State program stands with them. Still, he wants to respect the family’s wishes for privacy during their time of grief and suffering. The fourth-year head coach also said he appreciates the support from Buckeyes fans and other programs.

“I just think that the outpouring of support nationally – opponents, rivals – has just been nothing but first class,” Day said. “In moments like this, it’s bigger than sports and football, and it means a lot to us to see those people reach out in support.”

Day said his favorite on-field memory of Haskins was Ohio State’s overtime win against Maryland in 2018, where the Potomac, Md., native threw for 405 yards and three touchdowns while running for 59 yards and three more scores, leading his team to a 52-51 win.

“I thought that was the game where he really grew up,” Day said. “That was back in his home state, and he was not going to be denied that day. And he showed real toughness, which was something that I know he wanted to prove to everybody that he was not just a throwing quarterback.

“I think Dwayne saw himself as a passer who could also run the ball, and he was trying to show it that day, and that was a very, very, very difficult game, and he stepped up in a big way. And I’ll remember that one probably the most.”

Day said he would remember the compassionate and tender smile Haskins always had on his face off the field. He will also recall the relationships Haskins started and the love he grew for family, friends, teammates and coaches.

“He left a legacy even at 24 years old,” Day said. “I think that says so much about who he was as a person because of that. I just think the outpouring of support shows what type of special person he was.”