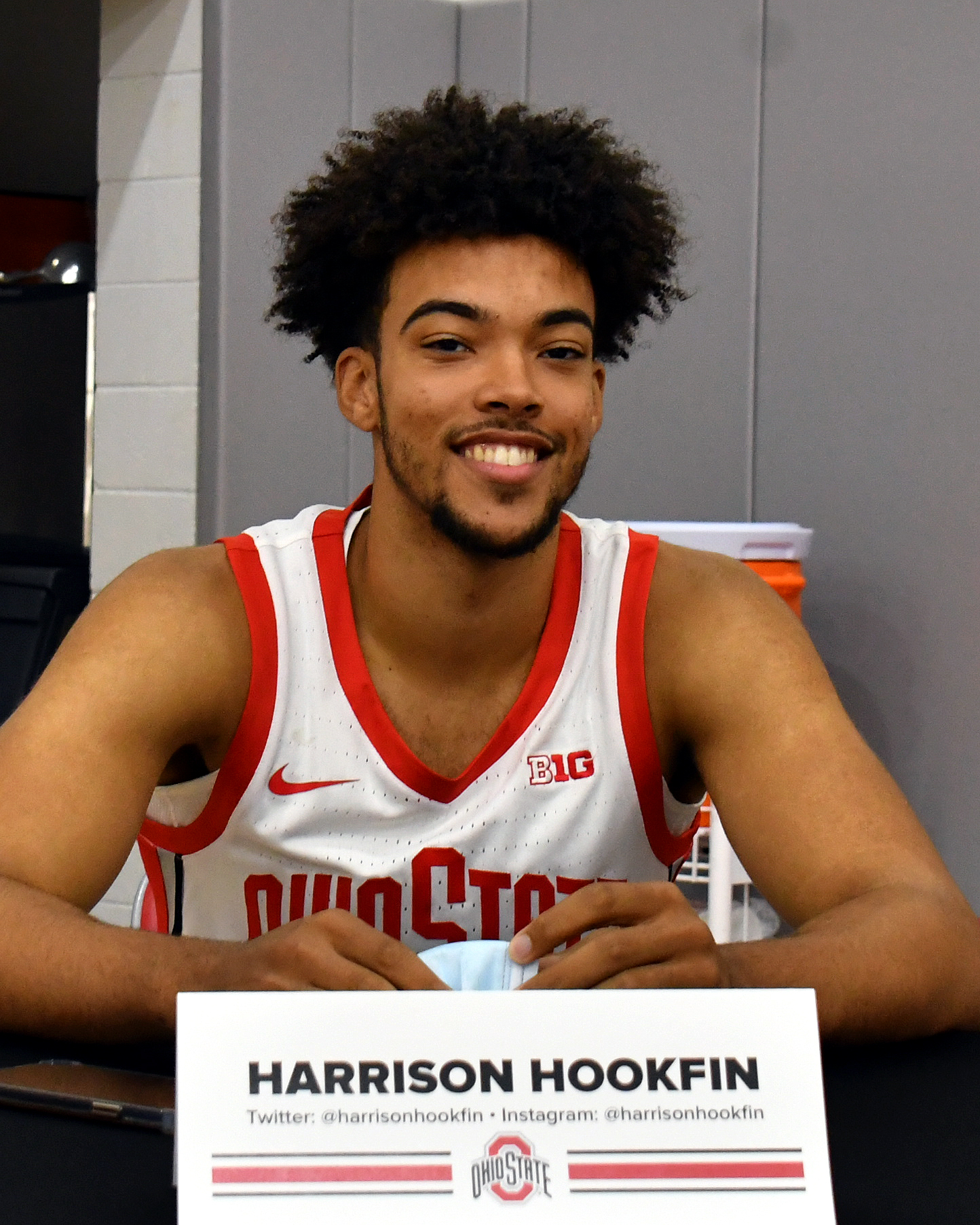 Ohio State’s roster of scholarship players has grown by one, and the Buckeyes didn’t even have to hit the recruiting trail or the transfer portal.

Ohio State head coach Chris Holtmann took the opportunity after Ohio State’s 61-56 victory over Penn State on Jan. 16 to welcome a new scholarship Buckeye into the fold, announcing to his team that senior forward Harrison Hookfin had shed his walk-on status and was officially a scholarship player.

“This is one of the things that we’ve been excited about doing for a good bit now,” Holtmann said in the locker room after the game. “We love to be able to reward and honor those guys that have played an important role in our program. You guys know that everybody is treated the same in this family. We coach our best player as hard as we coach the guy who just got here. That’s what we do.

“Everybody has the same responsibilities, you have to bring your best every day, whether you’re on scholarship or you aren’t. But there’s a guy who’s important to us in this locker room that hadn’t yet been on scholarship, but he is right now.”

A Cincinnati native, Hookfin has spent his career in Columbus largely as a practice player, earning minutes in only 15 games across four seasons, but he’s emerged as a veteran leader within the program all the same. He even earned the nod to lead the Buckeyes in their traditional postgame locker room chant of ‘our honor defend’, but only after he managed to escape the swarm of teammates who flocked to him to celebrate.