Harbaugh Gives First Comments On Ohio State Ahead Of The Game 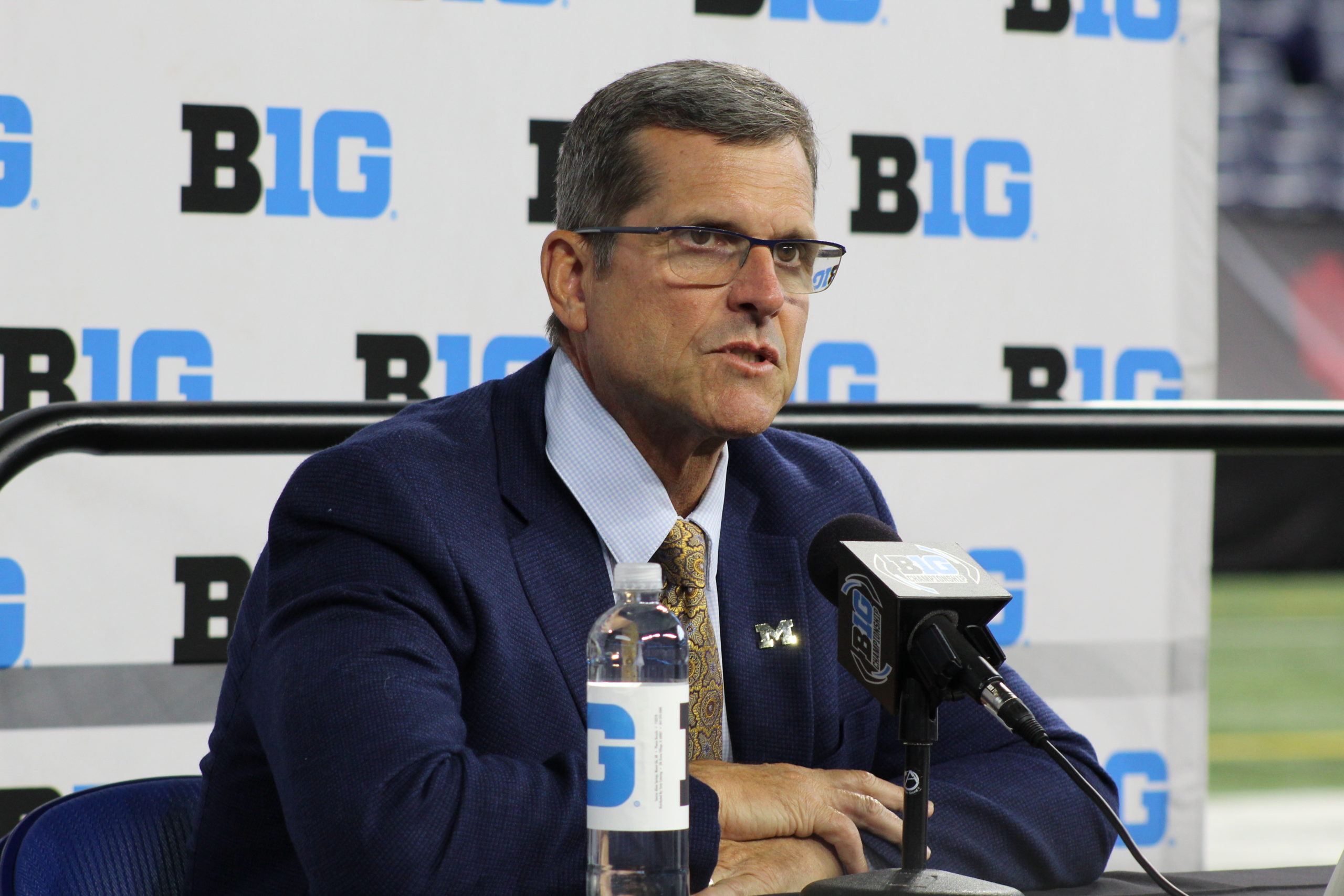 With the countdown clock ticking down to the top-five battle between Ohio State and Michigan for Big Ten East supremacy, Wolverines head coach Jim Harbaugh held court on Monday and had plenty to say about the Buckeyes.

As Harbaugh picked up his first win against the Buckeyes in his seventh season at the helm of the Michigan program last year, he heaped praise upon OSU ahead of this year’s matchup while noting that Ohio State has improved from last season.

“I think they’re a really good team, improved team,” Harbaugh said. “It’s a tremendous team and we’re very grateful to be in this position and to be playing in this game. The winner takes the East, the winner-takes-all.

“(They’re a) strong opponent. It’s the kind of situation that gives you the opportunity to display how strong our team is. There’s no need to hate, be grateful for the opponent.”

The Wolverines unleashed a barrage of smack talk in the Buckeyes’ direction following last season’s win, their first since 2011, as then-offensive coordinator Josh Gattis labeled OSU as a finesse team while Harbaugh made the infamous “born on third base and thinks they hit a triple” comment regarding Ohio State head coach Ryan Day.

However, Harbaugh walked back several of those comments — making sure to note that it wasn’t him that gave the Buckeyes their finesse label. As for the “third base” quote, Harbaugh noted that was in the past and all that matters is what’s ahead.

As for his team’s preparation heading into The Game, Harbaugh noted that the Wolverines have taken a year-long approach toward the Buckeyes while adding that OSU is the toughest test they’ll face all season.

“We’ve been keeping track of them, there are things we do in practice to prepare for them,” Harbaugh said. “We know Ohio State is our toughest competition, this will be our toughest test to date.”

As for his own team, Harbaugh said he could not provide any updates regarding the health of star running back Blake Corum, his backup Donavon Edwards, or linebacker Mike Morris. However, U-M offensive tackle Ryan Hayes may have tipped the Wolverines’ hand regarding Corum’s availability.

“He’s a great player, but everybody else is going to step up with him out,” Hayes said.

All in all, it appears Harbaugh and his squad are relishing in the opportunity to play The Game — especially with the postseason stakes that it carries.