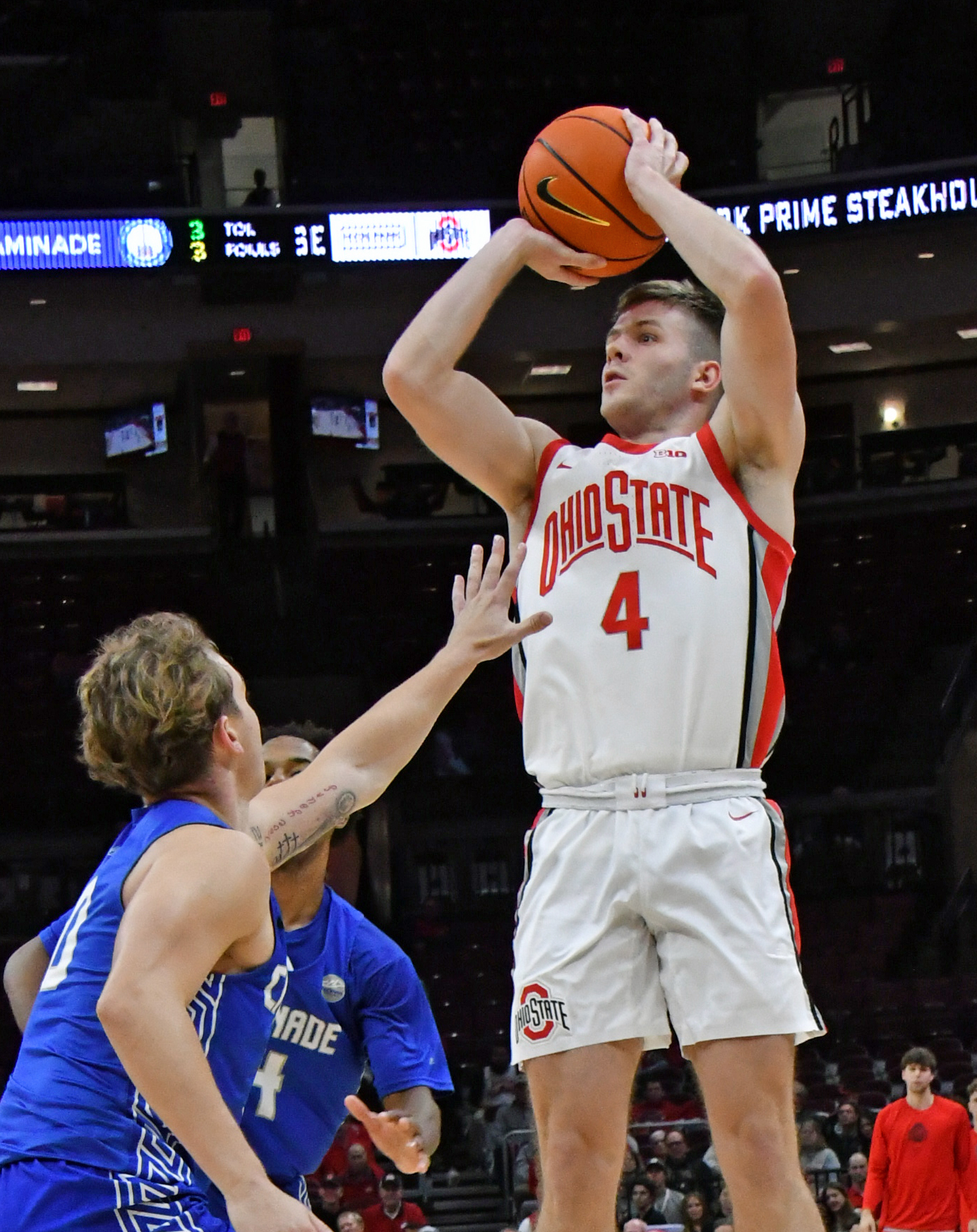 Ohio State could not overcome a 16-point second-half deficit, falling to No. 17 San Diego State 88-77 on Monday in Maui, Hawaii, to open the Maui Invitational with a loss.

Senior guard Matt Bradley led the SDSU offense through the first half, scoring 10 of his 18 points in the frame while hitting a pair of treys. Bradley was matched by Ohio State freshman forward Brice Sensabaugh, who kept the Buckeyes afloat with nine first-half points. Sensabaugh added OSU’s lone first-half three-pointer while finishing the game with 17 points on 5-of-10 shooting. Sensabaugh became the third Buckeye since 2000 to score 10 or more points in his first four career games, joining Greg Oden (2006) and Kosta Koufos (2007).

Transfer guard Sean McNeil gave the Buckeyes an offensive lift during the early stages of the second half, scoring 13 of OSU’s first 21 second-half points, helping Ohio State cut SDSU’s lead to 51-47 with 13:28 remaining in the game. McNeil finished with a game-high 22 points, 20 of which came in the second half, on 9 of 14 shooting.

Despite McNeil’s efforts, San Diego State gave the Buckeyes a gut punch in the form of an 8-0 run within the span of 40 seconds to push the lead back to 12 with 12:36 to play. The run was sparked by a pair of threes from SDSU forward Micah Parrish, as well as a layup by forward Aguek Arop off a steal on an OSU inbound pass.

Thanks to another 7-0 run, the Aztecs were able to increase their lead to 16 — their largest advantage of the night — with 9:58 remaining in regulation. However, the Buckeyes refused to go away — pulling within seven with 3:57 to go — but the Aztecs were still able to close the game out.

SDSU saw four players finish in double figures while Bradley led the Aztecs in scoring, hitting on six of 11 shot attempts. Guard Lamont Butler and Parrish each added 15 points, while guard Adam Seiko dropped 14. The Aztec offense shot a blistering 50.8 percent (31 of 61) shooting from the field, alongside a scorching 47.6 percent from three-point range (10 of 21).

McNeil helped key a second-half offensive resurgence from the Buckeyes, as OSU shot 52.8 percent (19 of 36) from the field in the frame — highlighted by a 6 of 11 mark from three. Freshman guard Bruce Thornton also provided the Buckeyes with 11 of his 13 points in the final 20 minutes, reaching double figures for the first time in his Ohio State career, before fouling out with 1:49 to play.

The Buckeyes also shot an encouraging 14 of 15 from the free throw line against the Aztecs.

Ohio State continues Maui Invitational play on Tuesday at 5 p.m. against either No. 14 Arizona or Cincinnati, who square off Monday at 11:30 p.m. The game will be televised on ESPN2.