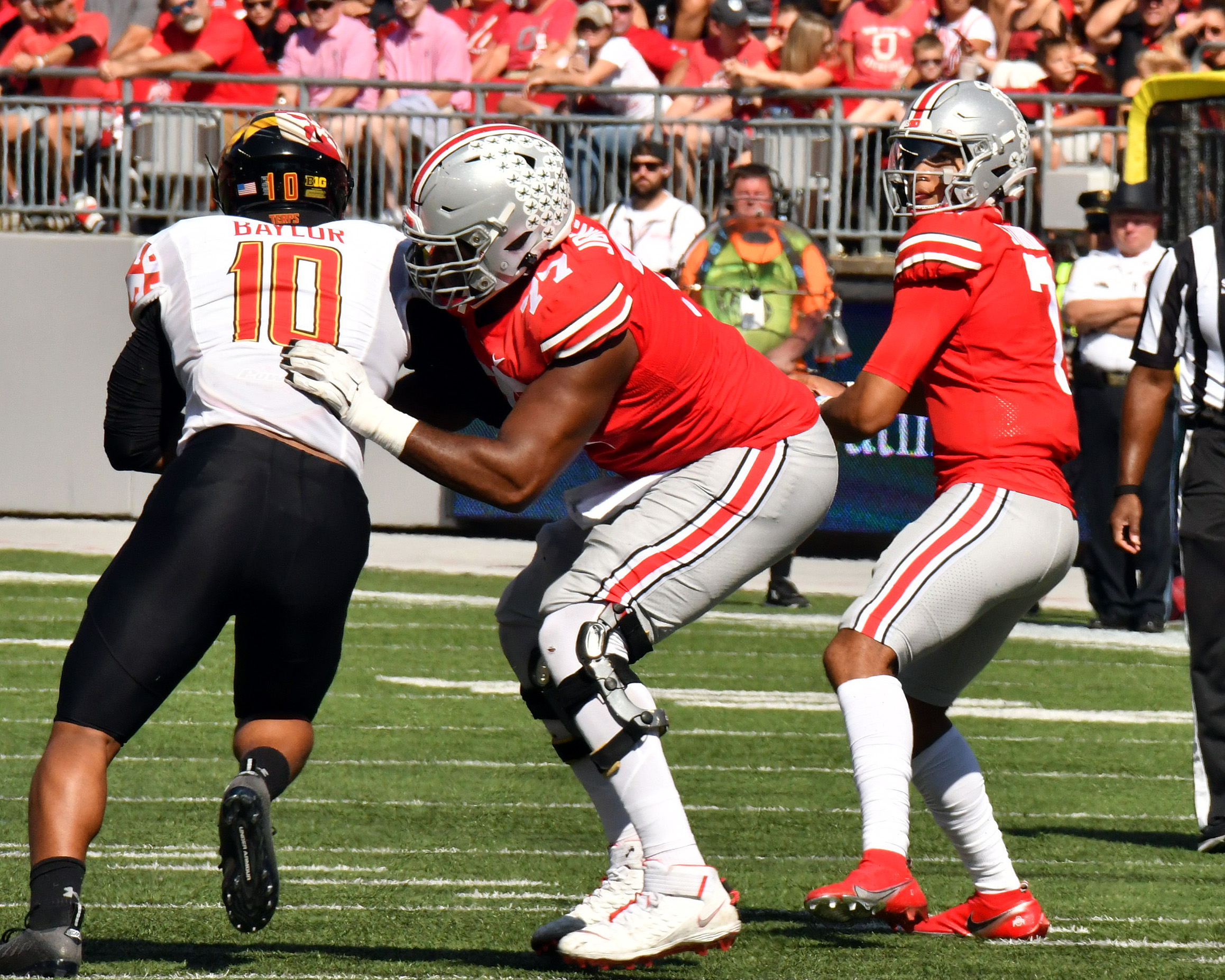 Outside of Ohio State’s reworked defense and the installation of defensive coordinator Jim Knowles’ new scheme, the chief most concern for head coach Ryan Day was the team’s depth on the offensive line coming out of the spring.

“We do need to get more depth on the offensive line, that’s for sure,” Day said in April. “I feel pretty good about five, six guys, but we need to get to seven, eight, nine, which was a strength for us the last couple years.”

“It helps having experienced guys because then – you’re never going to skip a step,” offensive line coach Justin Frye said earlier this month. “You’re going to install phase one, and then two and three and four, but as you’re going through that, you may progress a little faster. So, I think it’s just a comfort for those guys.”

Among the expected starters, only Johnson, Wypler and Jones are returning starters, and Johnson is being moved to the outside after starting at guard last season.

The starters are likely set in stone, but outside of that five, though? Questions abound.

“We had the chance for a lot of guys (getting reps because of) guys getting banged up or nicked up a little bit, which was good,” Frye said. “Enokk was inside, took some reps on both sides. We had the chance to see Jakob James get a bunch of reps, which was good. You miss Josh (Fryar) a little bit in the spring, but that’s all you do – just keep developing the guys that are around. We’ve get through fall camp and then you shake it out and hopefully have eight, nine guys you feel comfortable with.”

Few names have presented themselves other than the ones listed above, but it provides an opportunity for the younger members of the team to step up and with for positioning on the depth chart.

This includes those entering their sophomore or redshirt freshmen seasons, including Zen Michalski, Trey Leroux, Ben Christman or Grant Toutant, as well as the incoming freshman that could look to make a splash like George Fitzpatrick. Frye will be looking for those contributors throughout the summer and into fall camp, but until he settles on those options, depth on the offensive line remains a work in progress.