Towns, Sueing Progressing Through Injury Rehab, Will Not Play In Bahamas 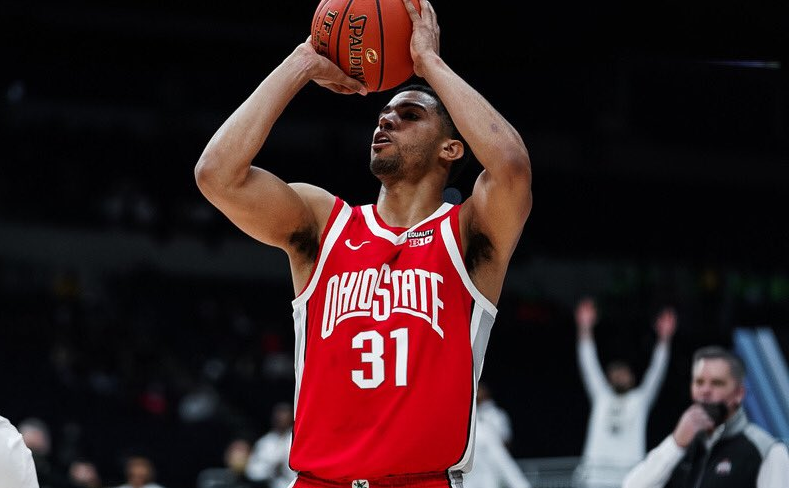 As the Ohio State mens basketball team packs its bags for a five-day trip to the Bahamas, a pair of Buckeyes are continuing to seek a return to the hardwood.

On Monday, head coach Chris Holtmann said graduates Seth Towns and Justice Sueing have been limited in practices during the summer and will miss the Buckeyes’ pair of exhibition games in the Bahamas. Towns missed all of last season while recovering from back surgery, which he underwent during the 2021 offseason, while Sueing played in Ohio State’s first two games of the season before an abdominal injury held him out for the rest of the season.

“We have everybody practicing right now in some capacity. We have Justice and Seth, who are practicing, but are somewhat limited in what they can do,” Holtmann said on Monday. “We do expect them to be fully cleared by September.”

Towns and Sueing both participated in the first 20 minutes of Ohio State’s practice on Monday, which was open to the media.

Prior to his Ohio State career, Towns suffered a catastrophic knee injury during his sophomore season at Harvard — forcing him to miss his last two seasons for the Crimson. He appeared in 25 games for the Buckeyes during the 2020-21 season.

After spending his first two seasons at California, Sueing has played in just 33 games across three years in Columbus. He was forced to sit out his first season with the Ohio State program due to his transfer from California and missed all but two games in 2021-22. Sueing was a key player for the Buckeyes in 2020-21, averaging 10.7 points while shooting 49.1 percent from the field and 36.1 percent from 3-point range during his only full season with the Buckeyes.

As Sueing seeks a return to the hardwood, Holtmann said the Honolulu native is remaining positive during his injury rehab.

“He’s been disappointed at times but I think he’s as optimistic as he’s ever been because he’s been able to actually practice and do some things,” Holtmann said. “Once you get that under your belt, you’re a little more confident. I think he feels really good about where he is right now.”