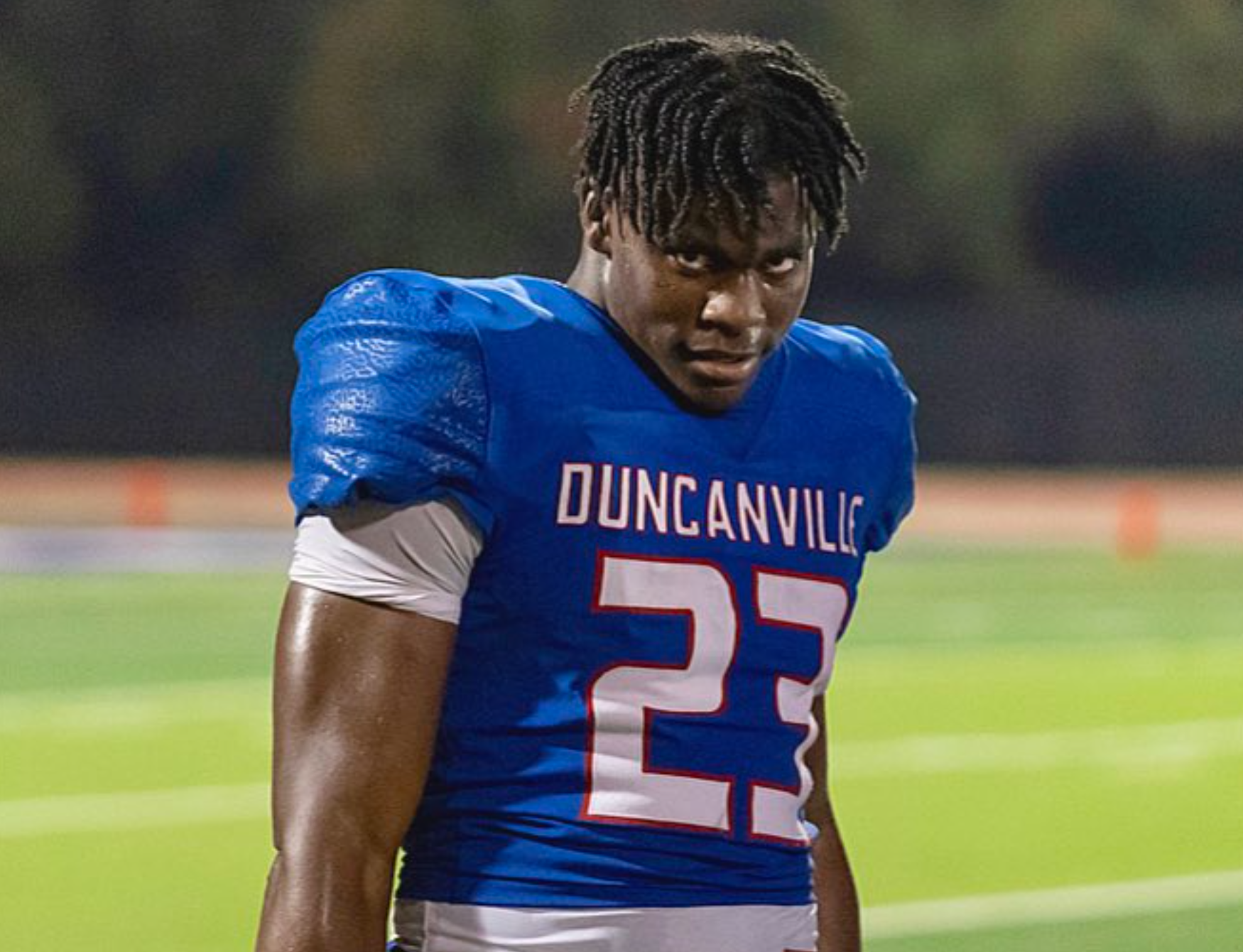 Ohio State gained a late but all-important boost to the class of 2022, as Duncanville (Texas) four-star defensive end Omari Abor (6-4, 240) issued a verbal commitment to the Buckeyes during the Under Armour All-American Game on Sunday.

Abor is the No. 38 overall prospect in 2022 and the No. 4 defensive end in his class, and he checks in as the third-best recruit in Ohio State’s class behind Sonny Styles and C.J. Hicks. He selected the Buckeyes over his other top schools that included Alabama, LSU, Texas and Texas A&M.

“From the jump, ever since they offered me, they were keeping in contact with me from the beginning,” he said.

He had long been considered an Ohio State lean, receiving an offer from the Buckeyes on Nov. 3, 2020, and eventually getting on campus for an official visit on June 4, 2021.

As Ohio State looks to get younger in the trenches, Abor will likely push for an immediate spot in Larry Johnson’s talent-heavy rotation.

“Experience in a three-point stance and standing on the edge, though much more often the former as a junior and senior,” said 247Sports recruiting analyst Gabe Brooks. “Flashes impressive pursuit ability with playmaking closing speed. Consistently shows chase-down athleticism and will walk you down from the backside if left unblocked. Natural pass rusher with impressive edge-bending athleticism and the flexibility to get under tackles and run the arc.”

The Texas native announced before the game that despite his commitment, he’ll continue to leave his recruitment open, and he plans to finish taking his official visits. So far, he’s visited Ohio State (June 4), LSU (June 11), Oklahoma (June 18) and Alabama (June 25) in official capacities, with a trio of unofficial visits to Texas A&M.

Abor is Ohio State’s 19th commitment in the class, giving them the No. 4 overall class behind Georgia, Alabama and Texas A&M, with an average player rating of 94.25.

The Buckeyes are still awaiting word on a handful of prospects in the class, including Hammond (Wisc.) Saint Croix Central four-star offensive lineman Carson Hinzman and Rancho Santa Margarita (Calif.) Catholic four-star defensive lineman Hero Kanu, who is set to announce his commitment at the All-American Bowl on Jan. 8.