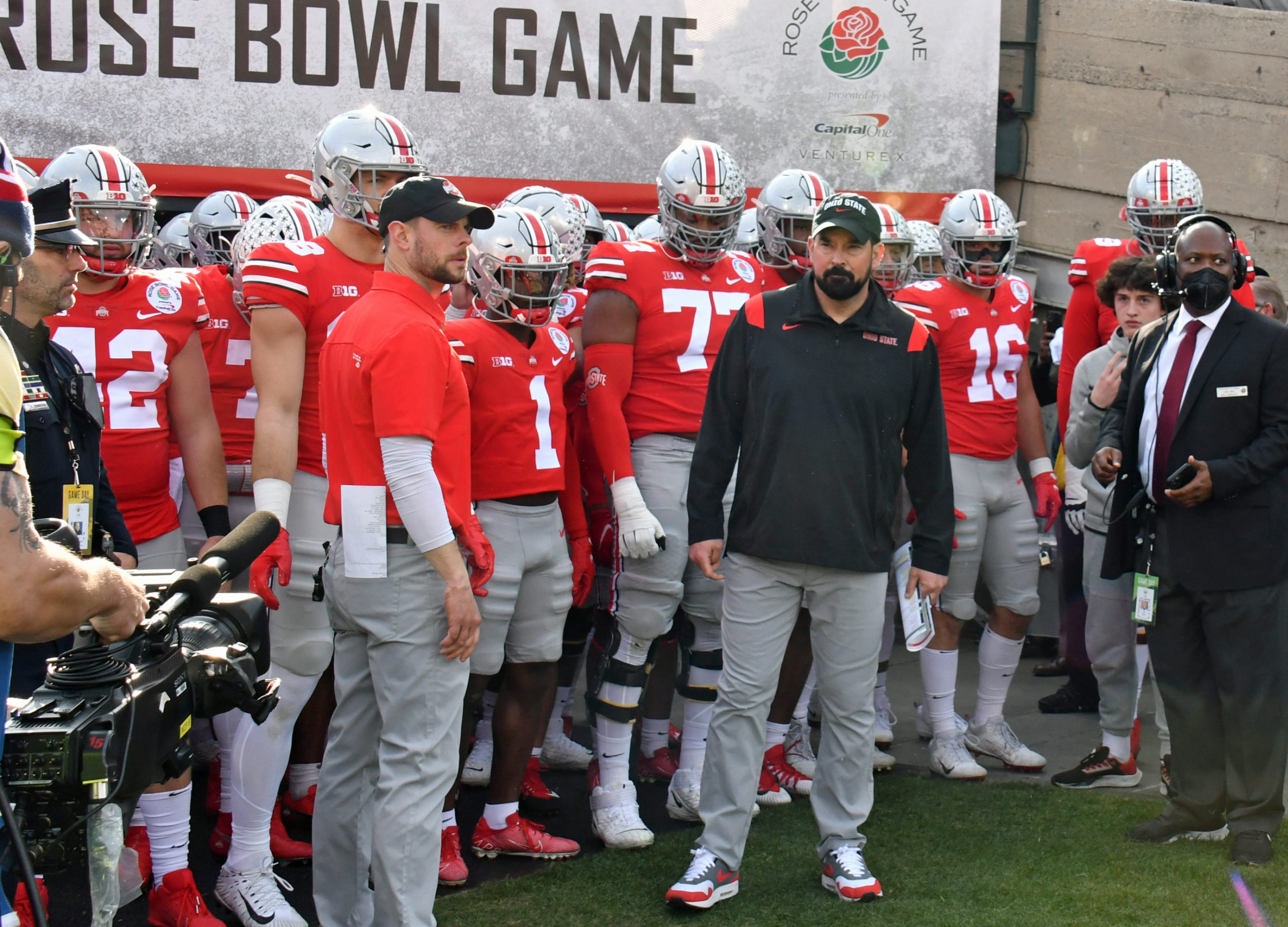 OSU head coach Ryan Day on his team’s 14-point comeback: “I just think it was resiliency, mental toughness, and that says a lot about our culture. Down 14-0, down two scores at halftime, they said enough and they were going to impose their will in the second half. I think that’s what’s going to build momentum in the next year, because that’s what we need if we want to go win a bunch of championships, and I think that a lot got done in this game because of that. But I think it says a lot about our kids the way we played this game.”

Utah head coach Kyle Whittingham on the Rose Bowl: “I’m sure the fans and the networks got their money’s worth out of that one. It was a heck of a football game. Give credit to Ohio State. They played exceptionally well, particularly on offense. That quarterback is terrific. Statistically he’s the best in the country, as far as quarterback rating system, and he proved it tonight.”

OSU safety Bryson Shaw on who stepped up in the locker room at halftime: “I would say the biggest guy who stepped up was Demario McCall. You guys know he’s been in the program a long time. Just the energy and the passion he brings every day. This is nothing new for him, but the way he stood up in front of the team, it was just awesome to see. Everybody fed off that energy. I would say we weren’t worried going into that second half. I don’t think we were worried at all. They were catching breaks, we weren’t executing, and we knew all the things were fixable at halftime, so I think we made the right adjustments and it showed.”

OSU kicker Noah Ruggles on his game-winning 19-yard field goal: “Block out the noise. It’s a mind-set. You’ve just got to block out all the noise. Early on the stadium got loud – it seemed like a home game for Utah today because their fans are very loud. You just try to put that stuff to the side and focus on the task at hand.”

Day on wide receiver Jaxon Smith-Njigba’s record-setting performance: “I think Jaxon’s done what he’s done all year, and that’s just play within himself. Certainly some of the plays he made tonight were tremendous. We leaned on him a lot. At one point I asked him, ‘Are you tired?’ On the play there where Clark (Phillips) caught him, he looked at me like, ‘What are you asking me for? Are you crazy? I’m going back out there.’ And he played one of the best games probably in the history of the Rose Bowl.”

Stroud on his connection with Smith-Njigba: “We built that connection probably all the way back – we came in as freshmen together, came in early. We were throwing the first day. Scout team last year, we really built it. This doesn’t surprise me at all. When I heard the numbers – I didn’t really notice because he does this all the time. I’m just blessed to be around guys like this. Me or him doesn’t have a good game without our O-linemen. Our O-line played their butts off. I don’t think I got sacked once.”