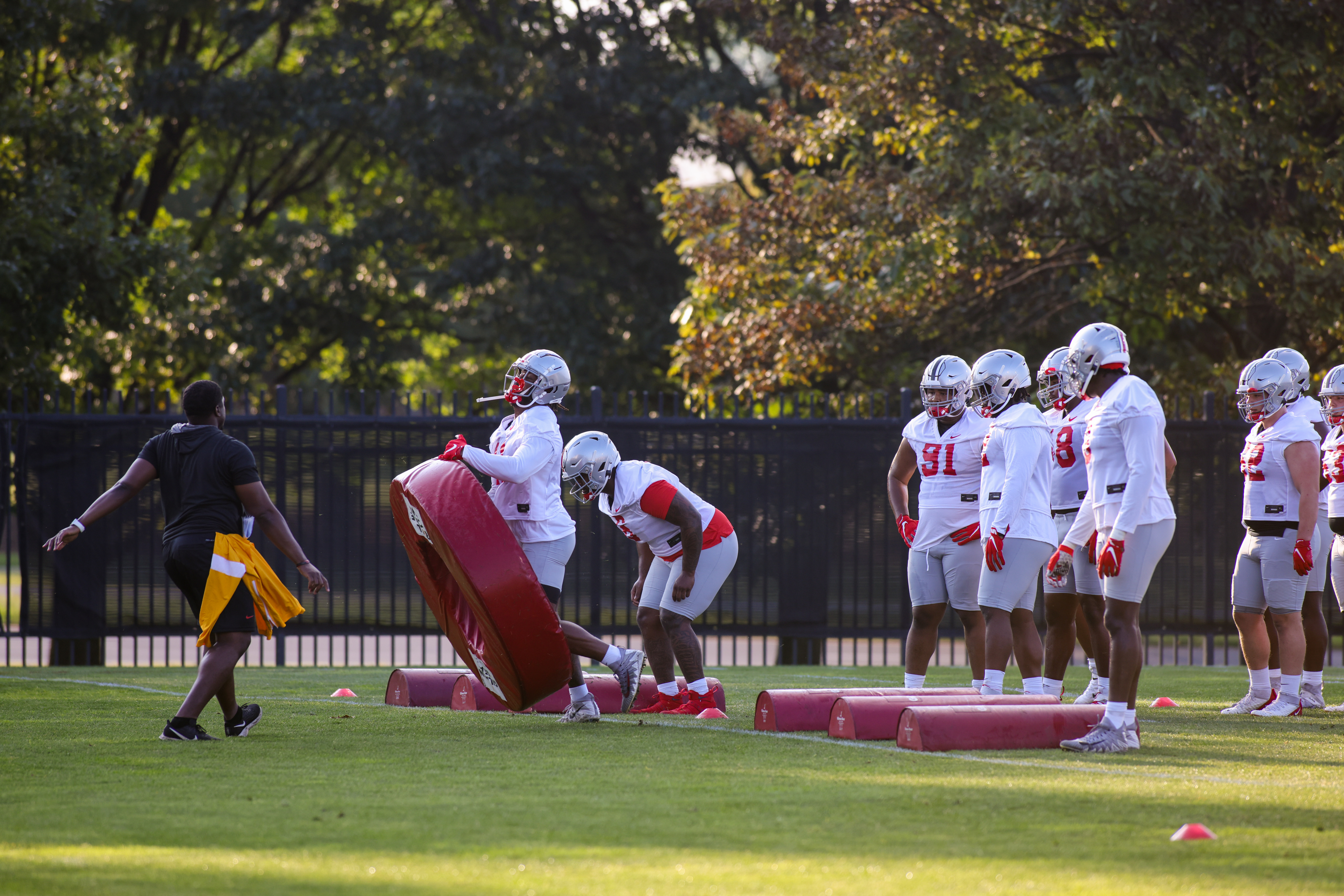 With Ohio State into fall camp and welcoming reporters back into the Woody Hayes Athletic Center to talk to coaches for the first time since early 2020, Buckeye Sports Bulletin is jumping back into the preview game with position-by-position looks at the team ahead of media availabilities with the respective position coaches. Today, defensive line coach Larry Johnson and several linemen will take center stage.

Ohio State’s pass rush was not as lethal as usual in 2020. It created plenty of pressure, sure, but racked up just 21 sacks in seven games, the majority of which came from without the defensive ends room. Jonathon Cooper led the group with 3 1/2, but he’s off to the NFL. In his place, Ohio State returns Zach Harrison (2 sacks), Tyreke Smith (2 sacks) and Javonte Jean-Baptiste (1 sack).

Those aren’t exactly Chase Young numbers and Ohio State doesn’t need them to be, but with Tuf Borland, Baron Browning, Cooper, Tommy Togiai and Pete Werner (10 combined sacks) all off to the NFL, the edge rushers – specifically Harrison and Smith – will need to bring more to the table in sheer production this fall.

2. How much of the rush defense was contingent on Tommy Togiai?

Togiai wasn’t just the No. 2 man on the totem pole for Ohio State in sacks last season, he was also one of the stoutest run defenders in the entire Big Ten, teaming up with Haskell Garrett and the core of linebackers to create the nation’s No. 6 rushing defense in 2020. Garrett is the only returner of the bunch, which would be a significantly bigger question mark were it not for the presence of roughly one million seniors at the other tackle spot, and in all three linebacker roles.

Still, replacing production is never going to be easy, even with the talent and experience that Ohio State has. With fewer four-linebacker sets and a linebacker room that should, in theory, take a step back, Ohio State may need one or more of the veteran tackles to be fully operational by the time Oregon’s rushing attack comes to town.

3. How do you use the freshmen?

It’s the eternal question at Ohio State, and one that may actually get a satisfying answer for Buckeye fans this season: is Ohio State going to play the young guys? This season, the highest-profile youngsters are both in Larry Johnson’s defensive end room, with five-stars Jack Sawyer and J.T. Tuimoloau taking wildly different paths to land under the long-time assistant’s tutelage.

Sawyer shone brightly in the spring game, looking seemingly unblockable as he churned his way through second- and third-string tackles to cause plenty of havoc for opposing (read: not actually opposing) quarterbacks. He was the talk of the town all spring, among both his teammates and coaches, and it’s hard to imagine Ohio State keeping him out of the rotation, especially with a presumably season-ending injury to Tyler Friday.

Tuimoloau, on the other hand, didn’t arrive at Ohio State until shortly before fall camp, and though he certainly has the prestige, arriving as an even higher-rated recruit than his battery mate, it may be too much to ask him to slide right into the lineup right away. However, his body type and skill set is so unique among his teammates, that it may prove difficult to justify keeping him off the field.

4. Can the defensive line keep the rest of the defense afloat?

Despite questions about reaching its ceiling in rushing the passer and defending the run, it is still fair to assume that Ohio State’s defensive line will be among the nation’s best, given the talent level, depth, and track record of Johnson at Ohio State (and prior to his time in Columbus). Harrison and Smith form the conference’s best end duo, Garrett is the nation’s best-returning tackle and you’d be hard-pressed to find a real weakness in this group, even if Ohio State was tossing the second unit out on every down this season.

That’s big news for these Buckeyes because the rest of this defense offers significantly less to be confident in. The linebackers, as established, are brand new to the starting lineup regardless of who gets the nod, and the secondary, which struggled mightily last season, has to replace its No. 1 cornerback and brought in no sure-fire freshman or transfer to fill that gap, relying instead on interior development. Even if both groups exceed expectations, Ohio State’s defense is going to need a very strong defensive line to approach the expectations inherent at a program with this much talent.