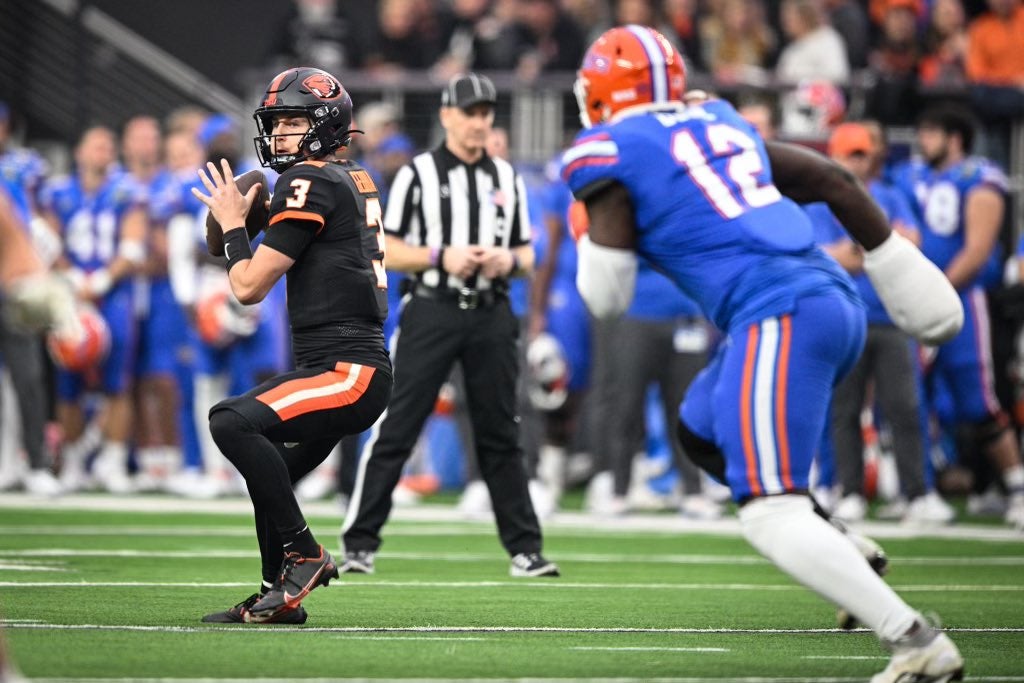 According to a report from Rivals’ Austin Ward, former Oregon State quarterback Tristan Gebbia is transferring to Ohio State for his final season of eligibility.

Gebbia is entering his seventh season of college football, spending a season at Nebraska out of high school before transferring to Oregon State, where he has suited up for the last five seasons (though he did not take the field in 2021).

He’s appeared in 12 games for the Beavers with five starts, completing 64.0 percent of his passes (128 of 200) for 1,250 yards, five touchdowns and four interceptions, and was a team captain this season.