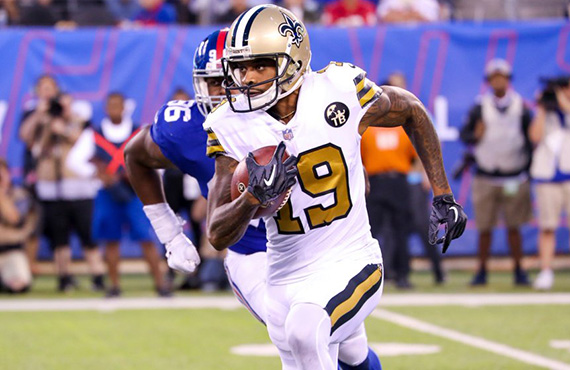 According to a report from NFL Network’s Ian Rapoport, former Ohio State wide receiver Ted Ginn has agreed to a one-year deal with the Chicago Bears.

The #Bears have agreed to terms on a 1-year deal with veteran WR Ted Ginn Jr, source said. Chicago has been searching for a speed WR, now they have one.

Ginn has caught 409 passes for 5,702 yards and 33 touchdowns during his NFL career. He’s also played in two Super Bowls (XLVII and 50), but was on the losing end of both games.

Ginn played his high school ball for his father, Ted Sr., at Cleveland Glenville, where he was named the USA Today Defensive Player of the Year, a Parade All-American and a U.S. Army All-American. He was one of 22 Tarblooders to play for the Buckeyes between 2002-14.

Though Ginn was recruited by Ohio State as a defensive back, he quickly transitioned to wide receiver and punt returner. He finished his college career with 133 receptions for 1,943 yards and 15 touchdowns, and also set a school record with six punt returns for a score.

Gina will likely be Chicago’s third receiver behind starters Allen Robinson and Anthony Miller. His decision to join the Bears leaves the Bills, Buccaneers, Jets and Titans as the only teams without a former Buckeye on the roster.