A Look At Ohio State’s Offensive Line, Commitments And Targets For The 2021 Class 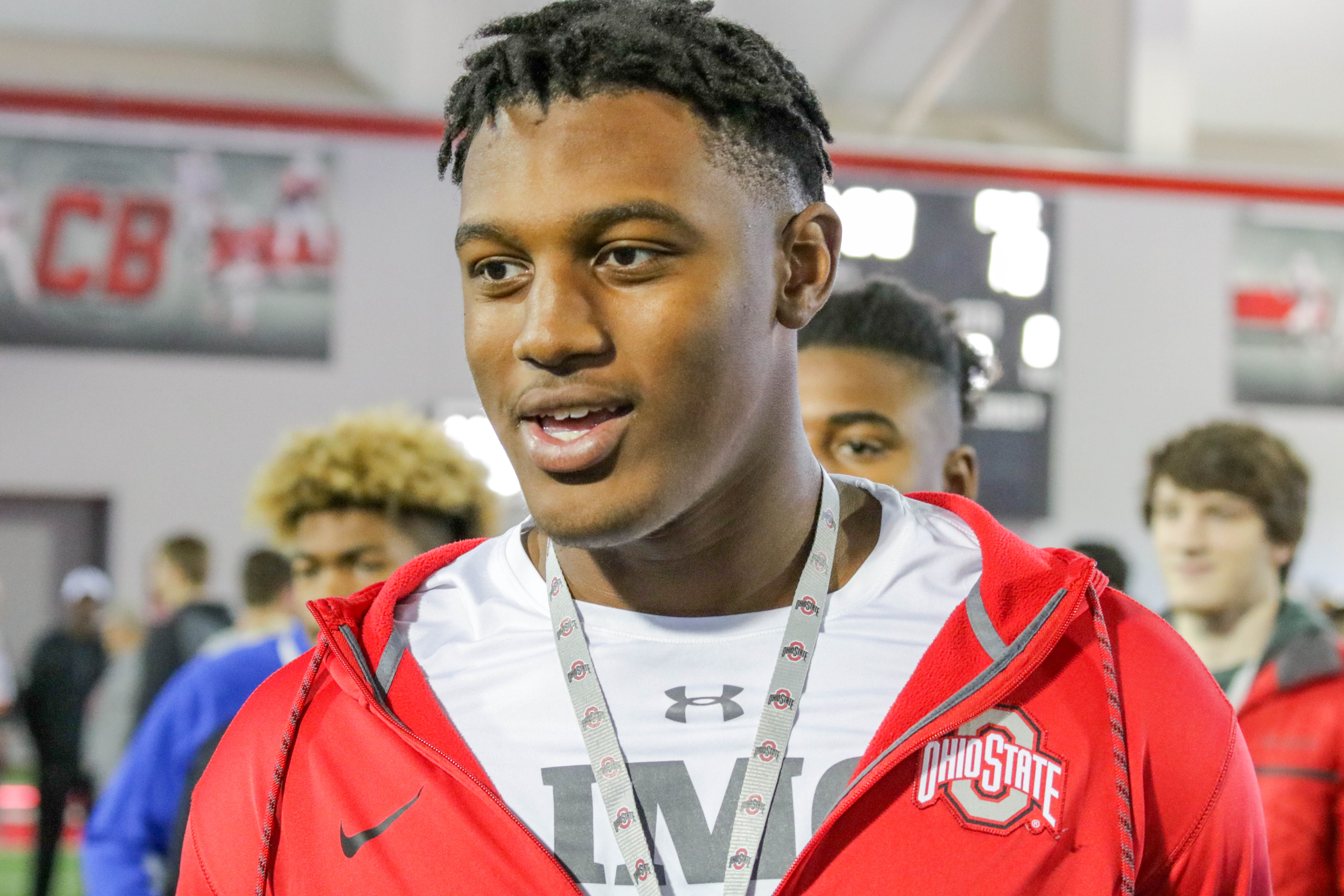 Up next are the offensive linemen.

The 2019 season served as a bit of a high-water mark for Ohio State’s offensive line in recent seasons, both in play and in depth. In the starting five, Ohio State produced two first-team All-Big Ten linemen in guards Jonah Jackson and Wyatt Davis and three second-team selections, led by tackles Thayer Munford and Branden Bowen, and center Josh Myers. Prior to the season, head coach Ryan Day said that the depth up front was “as good as I’ve felt in the last couple years.”

Ohio State had 15 scholarship linemen in 2019, and of that group, only a few have departed. Jackson was drafted in the third round of the NFL draft by the Detroit Lions, Bowen signed as a UDFA with the Carolina Panthers, while Joshua Alabi and Kevin Woidke graduated. To replace those four, Ohio State landed six linemen in the 2020 class: five-star tackle Paris Johnson, four-star center Luke Wypler, three-star tackles Grant Toutant and Trey Leroux, and three-star guards Josh Fryar and Jakob James.

While Johnson and Wypler seem likely to be the only youngsters that approach the two-deep in year one, that should be a huge issue for the Buckeyes, who return quite a bit of experience, both in the starting group and in the two-deep. Locked into the front five are Munford, Davis and Myers, all of whom could have easily declared for the NFL Draft, but chose to return to COlumbus for another season. Sophomore Harry Miller looks like an easy choice to fill the other guard spot, while sophomores Nicholas Petit-Frere and Dawand Jones and the freshman Johnson will battle for the vacant right tackle position.

In the depth, Ohio State still has do-it-all fifth-year senior Gavin Cupp, who will likely be the first man off the bench at guard, along with redshirt sophomores Matt Jones and Max Wray, and reshirt freshmen Ryan Jacoby and Enokk Vimahi. Jacoby and Vimahi played more than the sophomore duo did in 2019, and seem likely to jump them in playing time entering the season, though Jones will likely find a space as a true backup center behind Myers.

While Ohio State’s 2021 class has raced out to a massive lead in the 247Sports team rankings with 17 pledges (15 from blue-chippers), one place that the momentum has yet to really take hold in on the offensive line. The Buckeyes have two commitments up front so far, one from four-star Richfield (Ohio) tackle Ben Christman and one from four-star Bellaire (Texas) guard Donovan Jackson.

Christman is rated as the nation’s 108th best player, and the No. 15 tackle. He’s the No. 5 player in Ohio, following four other Ohio State pledges. He committed to the Buckeyes on Jun 26, 2019, less than a week after taking an unofficial visit to Columbus. He plays both tackle and guard for his high school, but at 6-6, 299 pounds, he projects to the outside in Columbus.

Jackson is the No. 35 player in the nation, the top guard, and No. 5 in Texas. He committed to the Buckeyes on Jan. 8, 2020, after months of significant interest from both sides. He has a June 12 visit planned, though that seems unlikely given concerns around COVID-19. Still, Jackson has shown no interest in any school but Ohio State, and will look to compete for early playing time at guard in Columbus. He could even be in for a recruiting bump soon, as his 247Sports in-house rating puts him as the No. 10 player in the country, and a five-star prospect.

While the six-man 2020 class gives Ohio State some flexibility, four likely departures this offseason (without factoring in any transfers, in or out) will lead to another sizable line class for the Buckeyes. That means that the Buckeyes can be a little more selective, but do still need to add to this class, likely in the form of at least one more tackle and one more guard, with the potential to grab a five-man group and add a center.

The former seems lore likely than the latter though, partially because of what’s available, and partially because of the presence of Miller and Wypler in the last two classes, both true centers. If the goal is four, the two remaining targets are about as obvious as they could be.

The first is IMG Academy tackle J.C. Latham, rated as the No. 36 player and a four-star in the 247Sports composite, but checking in all the way up at No. 3 as a five-star in the in-house rankings. Latham is a Wisconsin native with ties to the Big Ten, though he wanted to play out his high school career around a higher level of talent. Ohio State is firmly in his final two, along with LSU, and would love to host him for his scheduled June 12 official visit. If that visit can’t happen, look for Latham to push any sort of timetable back until he can get in a trip to Columbus, to visit to presumed leaders in his recruitment.

At guard, the name to know is Lexington (KY) four-star Jager Burton, rated as the No. 154 player in the 247Sports composite. Burton’s recruitment is a little less cut-and-dry than Latham’s and may require a serious battle from Ohio State to grab him away from Kentucky, and specifically Kentucky’s ace recruiter, Vince Marrow. Marrow rarely misses on his targets, but Burton seems to be Ohio State’s best shot at breaking that streak. He also has a June 12 official visit to Columbus planned.

Ohio State is still in the running for Clarkson, MI., guard Rocco Spindler, but he’s locked in primarily on the home-state Wolverines and Notre Dame, and while Ohio State would love to get him on campus, it seems like a longshot at this point, and much of Ohio State’s focus at guard will stay with Burton through the summer. Five-star Virginia tackle Tristan Leigh and five-star Pennsylvania tackle Nolan Rucci both have Ohio State interest, but neither have shown a ton of dedire to look closely at the Buckeyes, and it would take something drastically changing to get OSU seriously involved with either recruitment.