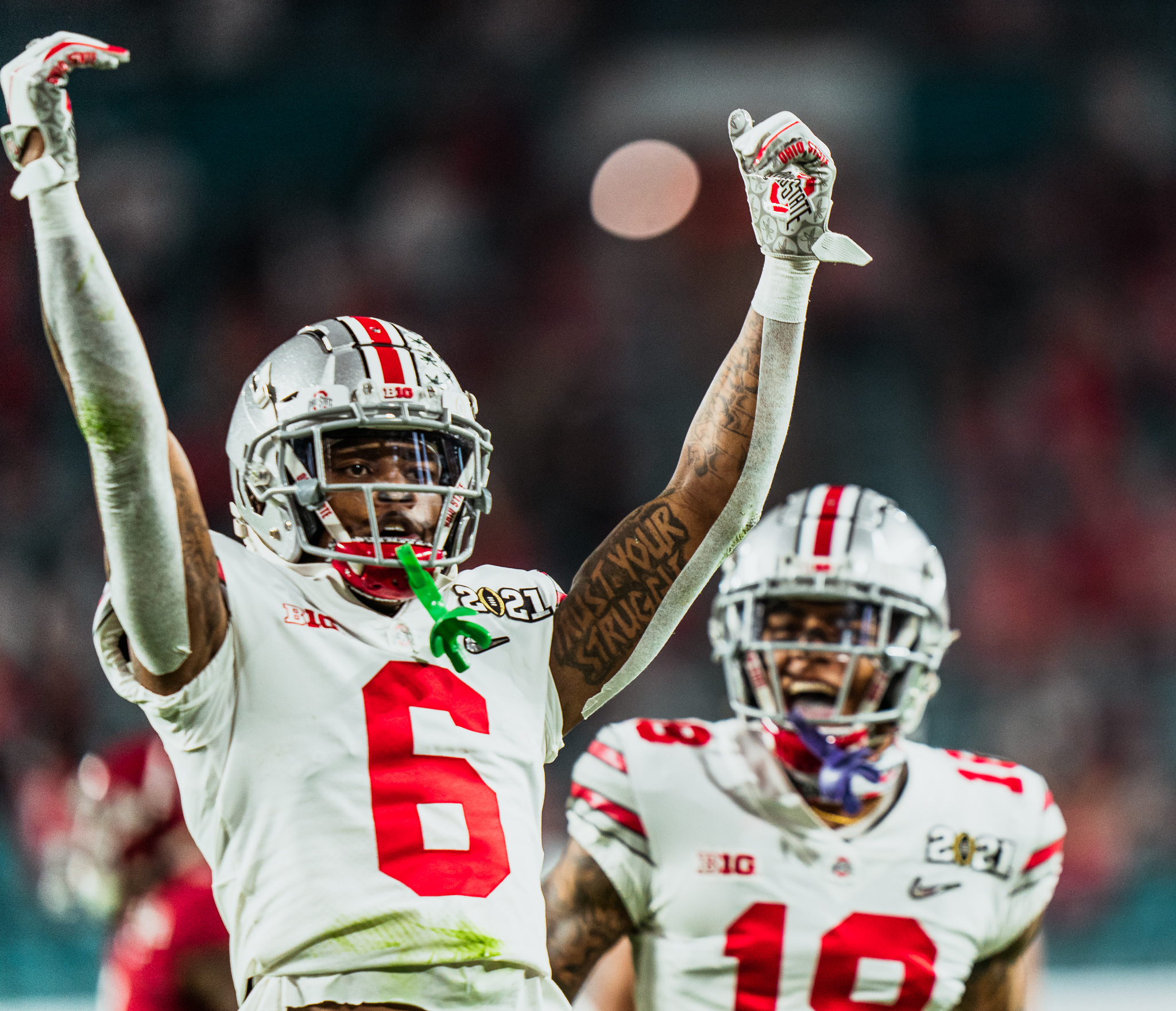 Former Ohio State wide receiver Jameson Williams, who entered the transfer portal on April 28, has his list of future destinations down to Alabama, Florida, Michigan, Michigan State, Ole Miss, Texas A&M and USC, according to Williams, who spoke with 247Sports’ Allen Trieu.

The 6-2, 189-pound Williams is a former four-star prospect out of Saint Louis (Mo.) Cardinal Ritter College Prep. He hauled in nine passes for 154 yards and two scores in 2020. His career highlights include a 45-yard touchdown grab in the College Football Playoff Semifinal against Clemson, as well as a 61-yard touchdown reception from Gunnar Hoak against Miami (Ohio) in 2019, his freshman season.