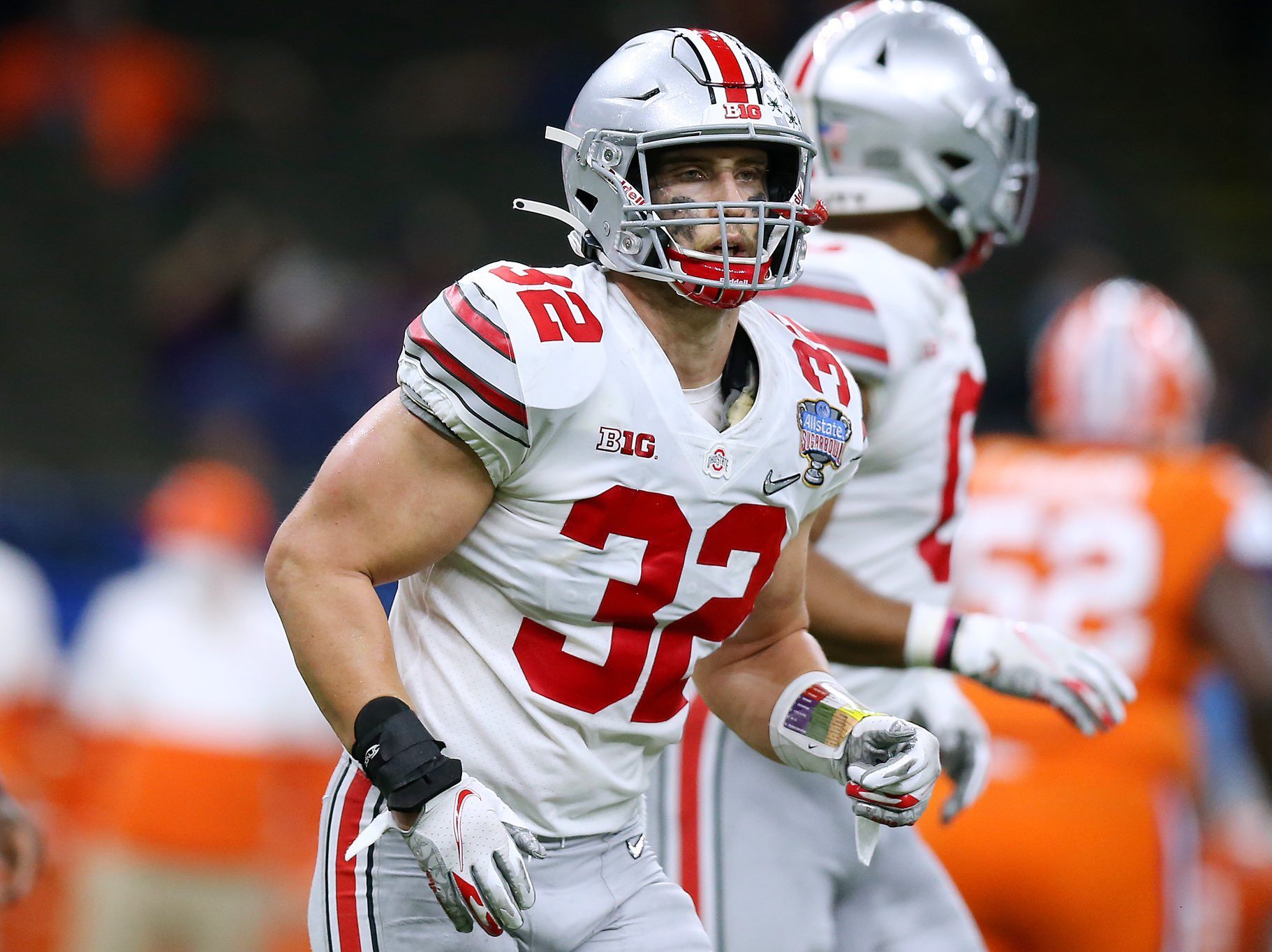 Three-time Ohio State captain Tuf Borland has a new team. The linebacker, who found playing time for four seasons with the Buckeyes despite a torn achilles in the spring of 2018, has signed on with the Minnesota Vikings, according to reports, after going unselected in the 2021 NFL Draft.

Borland played middle linebacker for the Buckeyes throughout his career, and racked up 48 tackles in his final season in Columbus, second on the team to fellow linebacker Pete Werner. He also had 3 1/2 TFL and 1 1/2 sacks in that last season.

Oft-criticized for his athletic ability, Borland went undrafted because of his limitations, but will hope to catch on an NFL roster as a leader and run-stopper.

A four-year starter at Ohio State, Borland played middle linebacker in defensive coordinator Kerry Coombs’ scheme. He earned All-Big Ten honors as a sophomore, junior and senior and finishes his time with the Buckeyes with 228 total tackles. Borland plays with the diagnose skills and adequate chase speed to make plays, although the difficulty level increases when he is asked to quickly change directions. He looked improved in coverage as a senior, but his lack of range and twitch will make him a liability in that area versus NFL athletes. Overall, Borland is likely a run-down only player at the next level, but his instincts and intangibles give him a fighting chance to make an NFL roster. He projects as a potential special teamer in the Tyler Matakevich mold.

via Dane Brugler, The Athletic