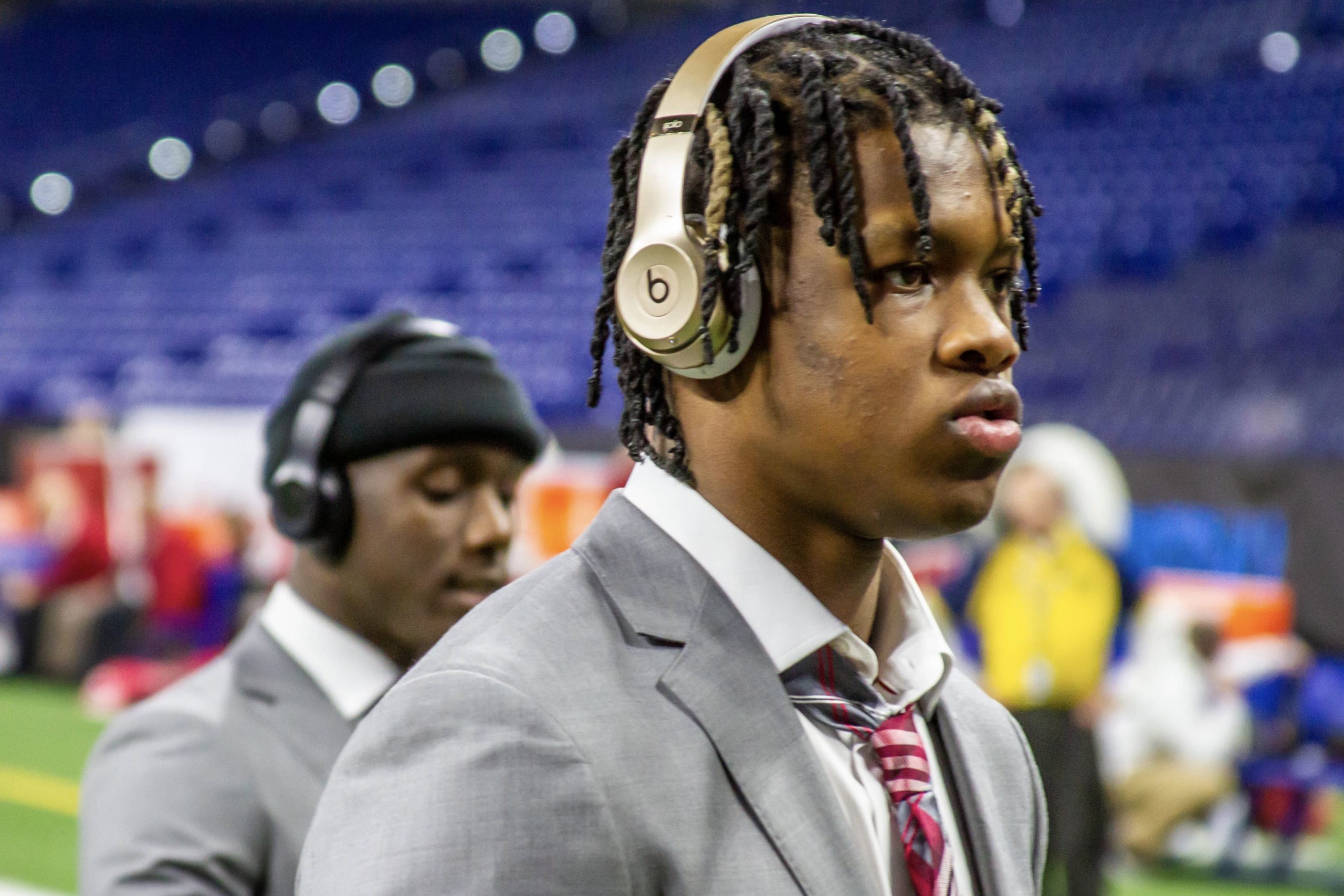 Former Ohio State wide receiver Jameson Williams announces that he will be transferring to the defending national champions. After announcing a short list of seven teams, Williams put on Twitter Monday that he will be going to Alabama.

Williams chose the Crimson Tide from a list that also included Florida, Michigan, Michigan State, Ole Miss, Texas A&M and USC. He will be joining a team that just had two receivers – DeVonta Smith and Jaylen Waddle – go in the first 10 picks on the 2021 NFL Draft.

The 6-2, 189-pound Williams is a former four-star prospect out of Saint Louis (Mo.) Cardinal Ritter College Prep. He brought in nine passes for 154 yards and two scores in 2020.

His career highlights include a 45-yard touchdown grab in the College Football Playoff Semifinal against Clemson, as well as a 61-yard touchdown reception from Gunnar Hoak against Miami (Ohio) in 2019, his freshman season.