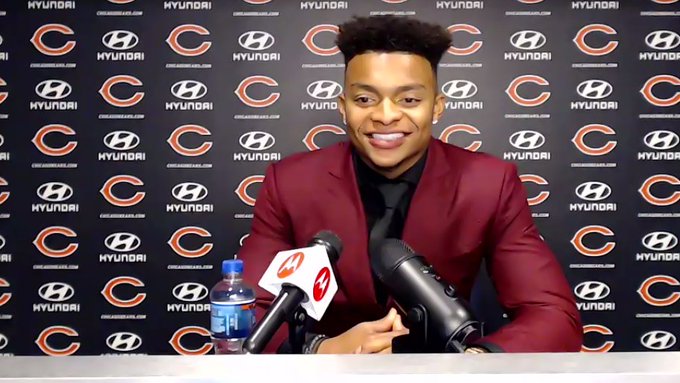 Ohio State and Alabama tied for having the most players drafted this year. NFL teams selected 10 players from each program.

The Buckeyes also had 10 players drafted in 2020, making them one of the few programs to have double-digit selections in back-to-back years in the modern-draft era (ie. since the introduction of the seven-round format in 1994). As Bill Landis of The Athletic noted, they join Alabama and USC as the only teams to accomplish that feat.

They are one of three schools, along with Alabama and Clemson, to have at least five players go in at least seven of the last eight drafts.

With now Chicago Bears quarterback Justin Fields hearing his name called at pick No. 11, Ohio State also extended their streak of having a player go in the first round. That’s happened every year since 2015. Fields’ selection additionally allowed OSU to pad their lead in having the most first-round selections ever taken. With 85 picks, they are ahead of USC (82) and Alabama (71).

Finally, Ohio State still has more draft picks taken than any other team since 2000. Their total of 144 is ahead of No. 2 Alabama and their 122 players.