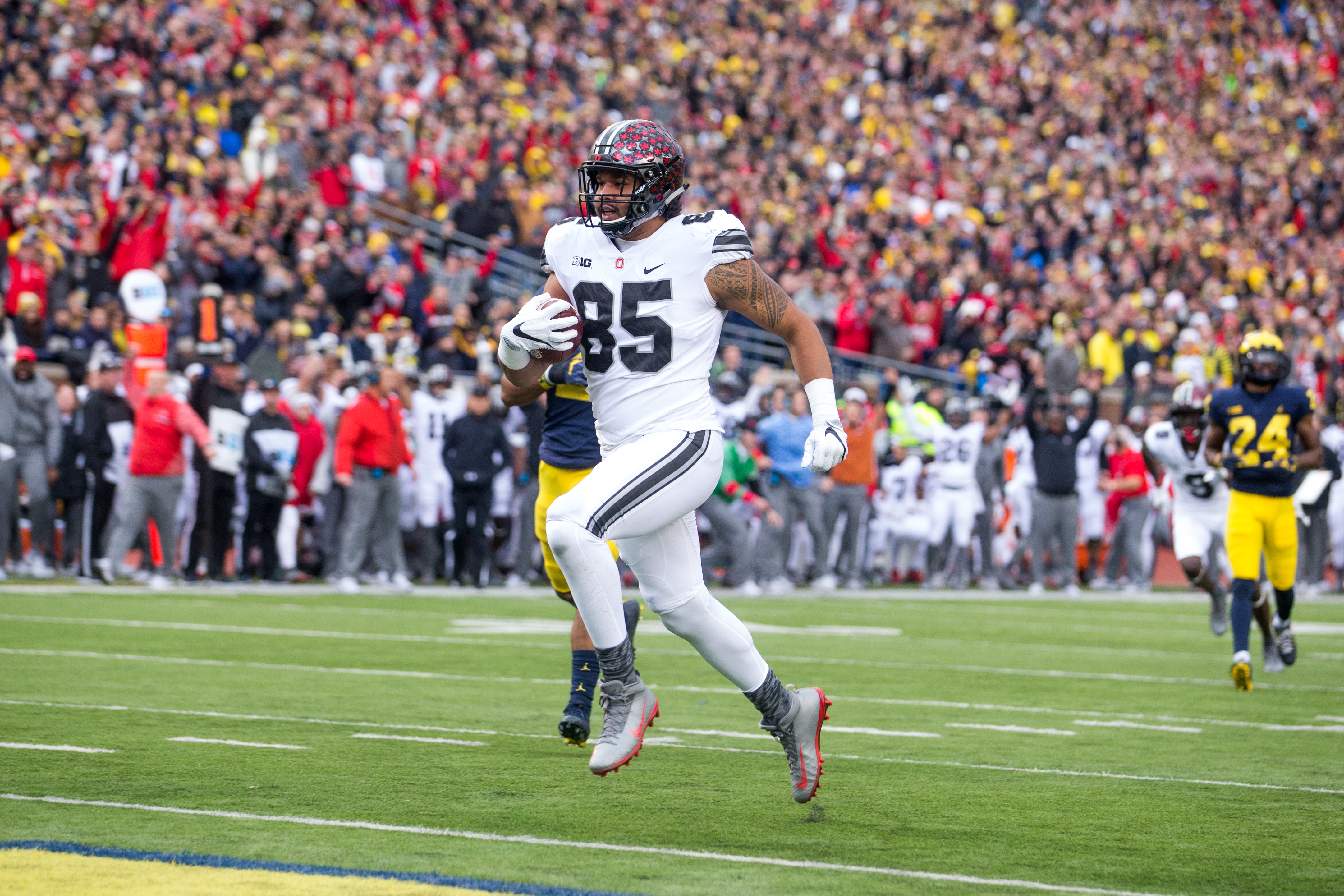 Former Ohio State tight end Marcus Baugh is looking for a new team this offseason, as he was released by the Washington Football Team on May 10, ending his short tenure in Washington D.C.

Baugh’s status with the Football Team was always shaky, as he was signed primarily for depth and because of his relationship with former Buckeye quarterback Dwayne Haskins, who was also released by Washington near the end of the 2020 season. Baugh originally signed with Washington last offseason, but was waived on Oct. 22, 2020, before being signed back to the practice squad two days later.

He was moved to the active roster on Dec. 9. He suited up in eight games for Washington but recorded just one reception for two yards. Washington inked the contracts of three tight ends in the past month, locking up Sammis Reyes and Deon Yelder in free agency and drafting Boise State product John Yates in the fourth round of the 2021 NFL Draft, leaving little space for the former Buckeye.

Baugh will look to catch on elsewhere with several months to go before the start of the 2021 season. One of the better receiving tight ends in Ohio State’s history, he may look to sell his 52 receptions, 573 receiving yards and seven touchdowns in his final two seasons in Columbus as part of the pitch for signing him.