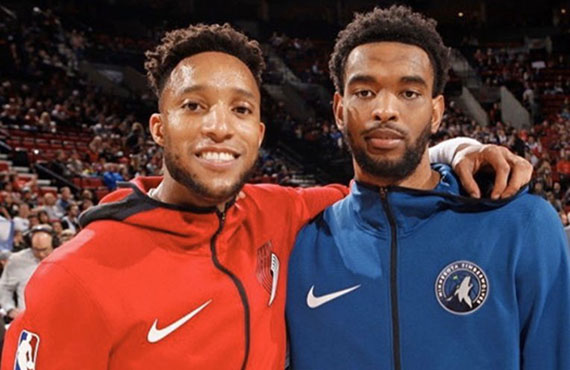 Half of the former Ohio State basketball players in the NBA were a part of a four-team trade between the Atlanta Hawks, Denver Nuggets, Houston Rockets and Minnesota Timberwolves.

Keita Bates-Diop is headed from the Timberwolves to the Nuggets while Evan Turner is moving to Minnesota from Atlanta.

The deal sends Robert Covington and Jordan Bell from the Timberwolves to the Rockets, and Clint Capela and Nene from the Rockets to the Hawks. Accompanying Turner to Minnesota is Denver’s Malik Beasley, Juan Hernangomez and Jarred Vanderbilt, while Minnesota’s Bates-Diop, Shabazz Napier and Noah Vonleh will join Houston’s Gerald Green on their way to Denver.

Denver and Houston are the contenders in this trade, with the Hawks are 14-38, while the Timberwolves are 15-35. The Nuggets are 36-16 and just ½ game back of the No. 2 seed Clippers in the Western Conference, while the Rockets are just three games back from the Nuggets.

Bates-Diop was the No. 48 overall selection in the 2018 NBA Draft by Minnesota in the second round. The 6-foot-8 forward entered the NBA following his redshirt junior season, where he was named the Big Ten Player of the Year and a consensus All-American.

During his rookie season, Bates-Diop spent time with the ‘Wolves G-League affiliate, the Iowa Wolves, but also played in 30 games for Minnesota, including three starts. He averaged 5.0 points on 42.3 percent shooting with 2.8 rebounds in 16.8 minutes per game.

As a second-year player, Bates-Diop has played in 37 of the Timberwolves’ 49 games, averaging 6.8 points and 3.0 rebounds in 17.5 minutes per game.

Turner’s move to Minnesota will represent his sixth different team since he was drafted No. 2 overall by the Philadelphia 76ers in 2010.

The 6-foot-6 wing climbed draft boards with a breakout junior season at Ohio State, where he led the Buckeyes to a Big Ten regular season and tournament title. Turner also won the national player of the year award in addition to being named a consensus All-American and the Big Ten Player of the Year.

After playing his first three and a half seasons in Philadelphia, Turner was traded to the Indiana Pacers. After playing just 27 games in Indiana, Turner signed a free-agent deal with the Boston Celtics. Turner played two seasons for the Celtics before joining the Portland Trailblazers in free agency in 2016. After three seasons in Portland, Turner was traded to the Hawks prior to the 2019-20 season.